Ageing Rockers And A Book For North East Punks

Indeed, the North East had a thriving punk scene in the 1970’s. With this in mind, a group of writers have decided to make a book on the subject. As a result, ageing rockers from Sunderland are in demand to come and reveal their memories. 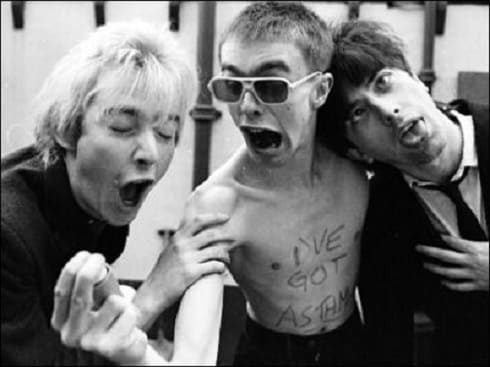 In short, the book started with the title ‘Gob on the Tyne’. However, the writers found that Sunderland and the surrounding areas have strong connections to that scene. Obviously, the writers are using “Three Rivers Two Chords, One Vision” as a more appropriate banner to work under. So far, they have unearthed scores of bands from the Wearside area in that era. With this in mind, were you a member of a band in this area from the 1976 – 1980 era? If so, the writers would like to hear from you.

Doing a project like this using the Tyne as a starting point may have been a small forethought then. However, it appears that the writers have realised that there was life beyond Tyneside. Maybe when they looked at the bigger picture, they realised that the BIGGEST punk band to come out of the North East of England was actually from Wearside! Of course we are talking about The Toy Dolls. All in all, missing this Sunderland band out of the project would have been their biggest mistake!

The Toy Dolls started in the 1970’s and are still gigging today – ageing rockers indeed! In fact, they are still BIG in Japan and South America. Surprisingly, they have just finished a successful tour of the United Kingdom after not doing so for decades! They even performed a gig in Sunderland. 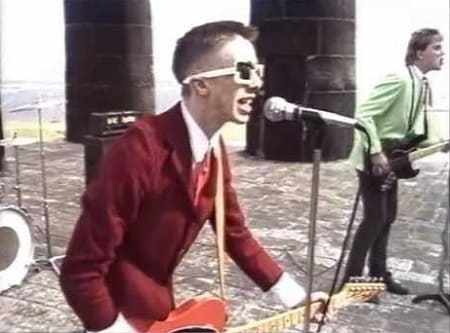 The Toy Dolls started with Michael Agar, otherwise known as Olga. Generally speaking, Olga is one of the fastest guitar players in the world. Everyone in the punk scene the world over recognises Olga.
In fact, people recognise his work outside the punk scene too.

Olga attended Southmoor School in Sunderland due to the fact that he lived close by in Hillview Estate. Michael Agar was also the victim of bullying at school being of a small frame. However, Olga always knew what he wanted to do. Obviously he witnessed the Glam Rock years with bands such as Slade, Sweet and Suzi Quatro. Soon after the Glam Rockers faded away, punk came to the fore. As a result, in steps Olga and The Toy Dolls.

On the whole, Olga has had one of the most illustrious careers of all the punk rockers. By the way, Olga was also a member of the Dickies and The Adicts. But he will always be the voice and image of the band he still runs today – The Toy Dolls. He was also a member of EXIT, The Straw Dogs (remember those), Blue Moon and of course, The Showbiz Kids.

Of course, there was more than The Toy Dolls from Sunderland. However, they go down in history as being one of the biggest and best punk bands in the world not just Sunderland!

There was Penetration from County Durham and a host of others down through to Teesside. So, it would be wrong and unambitious of the writers to have focused on the Tyne. Also, many North East bands toured together, so most were familiar with each other. To put it another way, by leaving some of these bands out, it would have been a travesty. 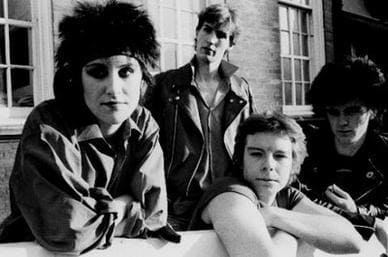 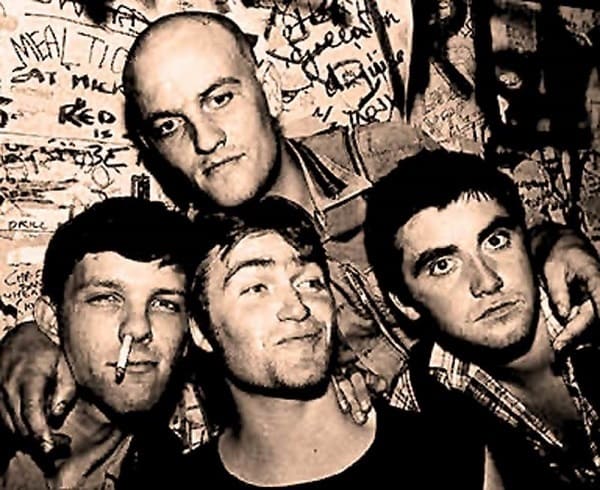 Tyneside did have its fair share of punk bands, in particular, The Angelic Upstarts who were from South Shields. In effect, the Angelic Upstarts were political and sang very aggressively. However, they recorded many albums and toured relentlessly and earned their place in punk history. Since the Sunderland Forum and associated blogs cover that area, we thought we would include a special mention to them.

It is important to realize that this project highlights certain negativities. In effect, focussing on a small area shows a disregard for the better bands from this area. However, looking further afield will prevent narrow-mindedness and broaden the horizon while appealing to many more people.

In contrast, Wearside Online is proud to say that we don’t just cover Sunderland! Indeed, we cover more than Wearside, we look into the surrounding areas as well. On the whole, there are no real borders at Wearside Online or on the Sunderland Forum!

Nonetheless, well done to the writers for becoming more ambitious with the ageing rockers project. We now wish them luck. Consequently, let’s hope they can produce more comprehensive articles on the punk scene that was so exciting in its time.

Finally, if you need to contact the writers you can email them at: [email protected]

You can post a comment about this article in the comment section below. However, we also have the massive Sunderland Message Boards (SMB) in which to create a new thread on this subject.