The Canon William of Newburgh was a priest and historian who gained much respect. He lived during the reign of Richard I in the thirteenth century. He introduced the tale of the Berwick Vampire to folklore. This was around the time when the plague devastated vast areas of the country. Obviously, the northern counties such as Northumberland were no exception and suffered terrible hardship because of it.

Canon William’s story is about a rich merchant who was a victim of the plague. But the merchant was also a religious and thoughtful man. It was only after his death that the villagers of Berwick discovered that the man had lead a corrupt, sinful life. So they refused his burial taking place on consecrated land. Soon after his funeral, some unexplainable and terrible incidents took place in Berwick.

The merchant had begun to rise from his grave in search of human flesh and blood amongst the villagers. The demented demon would bolt through the streets looking for victims shouting “until my body is burnt, you folk of Berwick shall have no peace”! Behind the Vampire a pack of howling dogs followed, their loud baying keeping the villagers awake. 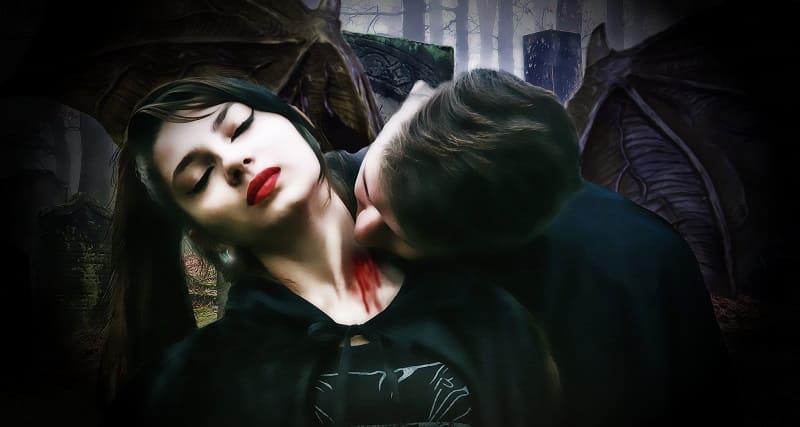 The villagers had to end the horror of the Berwick Vampire so they had a somewhat productive meeting. They selected ten young farmhands to exhume the merchant’s grave and dismember the body. Then they were to burn the remains and finally rid themselves of the forces of evil. However, they may have totally destroyed the Berwick Vampire, but tragedy still came to the village. This is because after the destruction of the vampire, the plague returned to Berwick.

This nasty disease killed half the population which was usual after the disease resurfaced. Moreover, villagers claimed as they buried their dead that something was still not quite right. Indeed, they could still hear the sound of baying hounds as they lay the diseased bodies to rest. Not only that but they also claimed they could still hear the fearful screams of the Vampire. So, the question is whether there was two vampires or did the Berwick Vampire just not go away?

You may leave a comment on this article in the box below. However, you may also post a new thread in the massive Sunderland Forum. Our Sunderland Message Boards (SMB) here at Wearside Online are an ideal way to socially interact with other local people. So, pop over and state your opinions and thoughts.