To begin with, The Bridges Shopping Centre is the heart Sunderland City Centre. Indeed, at 550,000 square feet, it provides a clean undercover environment for Wearside shoppers. Furthermore, there are over 100 shops in which to browse at leisure. 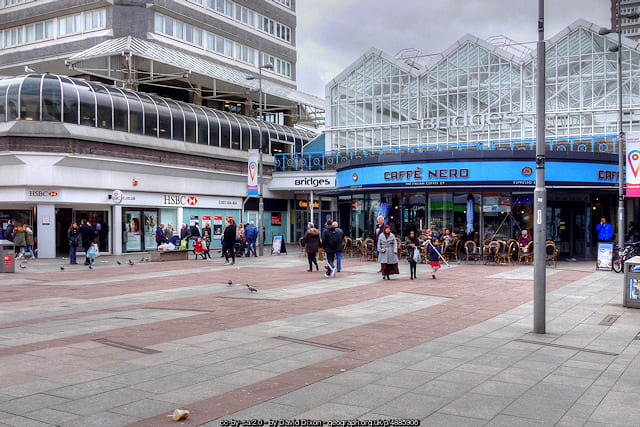 Generally speaking, The Bridges Shopping Centre has some of best shopping facilities available. Moreover, there are some great high street shop names including specialist stores and kiosks. Also accessible within the centre is the famous Jacky Whites Market.

Sunderland is a regional shopping centre of course with a massive amount of shops and services. Indeed, many people refer to the city centre as ‘Sunderland’s Little Secret‘. With a very efficient bus, train and Metro service, the city centre is also easily accessible.

In effect, Park Lane Bus Station is just a short walk away from The Bridges Shopping Centre. However, there are other bus stops close by. The Metro and train station is closer still.

Although there are plenty of car parking spaces around the city centre, The Bridges has its own car park. Furthermore, with over 900 spaces available, this car park has direct access to the flagship Debenhams Department Store.

If security is what you are after, look no further. This is because St Mary’s Way car park, which also services The Bridges, is the safest in the country. Indeed, a series of measures are in place to protect cars and shoppers alike from crime.

Apart from Debenhams, there are many other many other big names such as Beaverbrooks, Boots The Chemist and HMV. Fashion shops include, Next, New Look and H&M to name but a few. Obviously, there are phone shops, food stores and jewellery shops etc. So, whatever you are looking for, you should be able to find it in The Bridges Shopping Centre.

This traditional indoor market is also accessible from The Bridges Shopping Centre.

There are many stalls available of course. 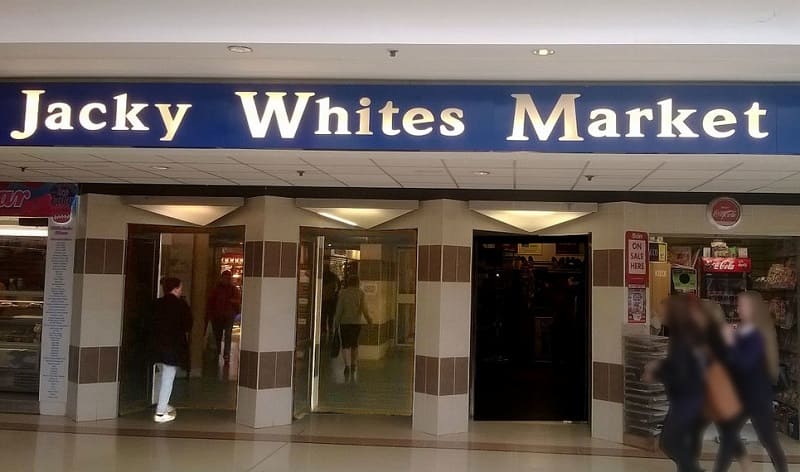 For instance, there is a fruiterer, butchers and gadget shops etc. In short, people can buy those little odds and ends and knick-knacks while in town. Although it hasn’t got the glitz and glamour of the shops outside, you do get a touch of personal service.

Princess Anne opened The Bridges Shopping Centre in 1988. Then, in the year 2000, The Bridges almost doubled in size. This was due to the demolition of the old central bus station and the acquisition of that land.

Prior to the building of the undercover shopping centre, this area of the town was open to the elements. In fact, the three blocks of high rise flats above created a lot of wind. This of course gave rise to Sunderland having the nickname of ‘The Windy City’.

The Bridges Shopping Centre is a small part of Sunderland City Centre but it can get busy. For instance, in 2012 there were 21 million visitors. The Bridges also provides work for over 2,000 people. Built on one level, the shopping centre is very accessible and is also a welcome refuge in bad weather. Together with a combination of big name shops and smaller stalls, there is something for everyone.