To begin with, Chester-le-Street is the business, residential and shopping centre of one of the smallest English districts. Indeed, the town is in the northern part of County Durham, between Durham City and Gateshead. Of course, Chester-le-Street stands on the River Wear and lies just 10 miles west of Sunderland.

Built on the site of a Roman Fort on the road to Hadrian’s Wall, Chester-le-Street then had the name, Congangium. Of course, the Romans called the town Concangis. Then, the Anglo-Saxons called it Cuneceaster, meaning the camp on the Cune Burn. However, the Normans shortened the name to Ceastre and later, simply Chester.

In the Middle Ages it became Cestrie-in-Strata (1372) and then Chester-in-the-Strett by 1523. By the seventeenth century, the modern name of Chester-le-Street came about. Of course, this was to distinguish it from the ancient city of Chester standing on the River Dee, near Wales.

In short, the name Chester-le-Street is basically two words, Chester and Street. The fort being the ‘Chester’ and the ‘Street’ refers to the paved Roman road. This road runs north and south and we now know it as Front Street, of course. Indeed, the town grew around Front Street, the town’s main road. 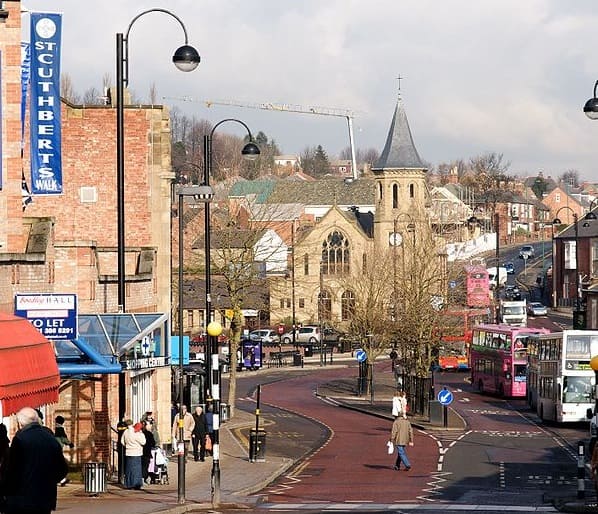 Chester-le-Street has many attractions of course, ranging from beautiful countryside to a rich heritage. Indeed, there are some outstanding scenery with lowland fells to the east and west of the town. In fact, Waldridge Fell has retained its character as the only uncultivated lowland common in county Durham. Because of this, it is a local nature reserve.

The town has also served many functions. For example, an encampment of the ancient British Epican tribe, site of Conganium and a Roman fort.

In 875AD, the few remaining monks at Lindisfarne had to flee from yet another Viking attack.

Then in 883AD, the Lindisfarne monks arrived in Chester-le-Street and built a cathedral in which to house their treasures. 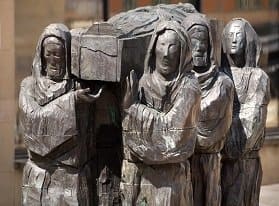 Of course, the most revered of which was the incorrupt body of St Cuthbert. He was the Bishop of Lindisfarne, healer and missionary, but he died in 687AD.

During the middle-ages, Chester-le-Street was the administrative and ecclesiastical centre for the northern part of County Durham. Of course, the14th century Parish Church of St Mary and St Cuthbert is one of the town’s major landmarks. Obviously, it is a reminder of this period. Just to point out that adjoining the church is the Ankers House, one of the smallest museums in the country. 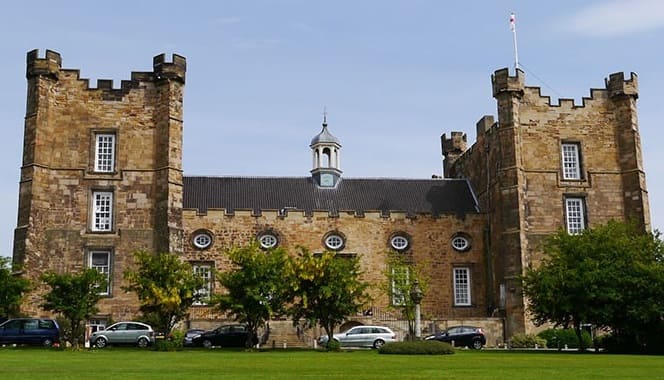 Another major landmark is Lumley Castle, now a luxury hotel, once the ancestral home of the Lumley family. Generally speaking, the Lumley’s prospered as mine-owners for three centuries.
During the 18th and 19th centuries, the coal industry dominated Chester-le-Street.
Furthermore, on the banks of the River Wear, under the gaze of Lumley Castle, lies the Riverside Development. Of course, this is home to the first class, Durham County Cricket Ground, completed in 1995. 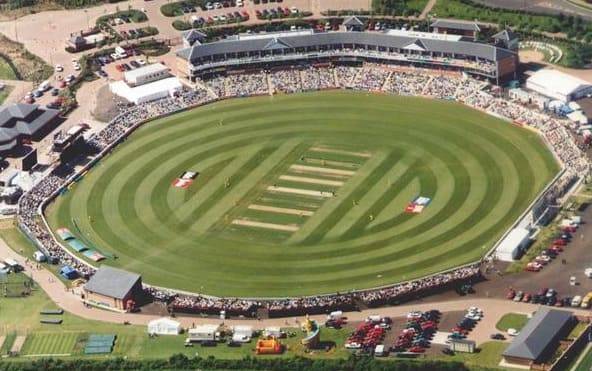 The cricket ground is of test match standard and also hosts international matches. 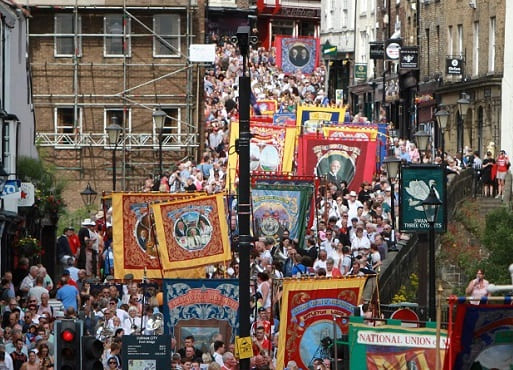 By and large, Chester-le-Street was the centre of a mining area with pits in many of the surrounding villages. Thus, the Civic Centre houses banners from some of these collieries. Obviously, these banners would have been on display in the annual Durham Miners’ Gala.
In essence, those occasions attracted hundreds of visitor to the area.

Chester le Street became 1100 years old in 1983 and there were many celebrations. Of course, there were many Civic and Local Community events to mark this milestone in the Cestrians heritage. Chester-le-Street is also the fastest growing town in County Durham at this time (2012).

Finally, we come to Chester Burn Viaduct. This construction was for crossing Chester Burn when the area was hive of activity including industrial and residential usage.