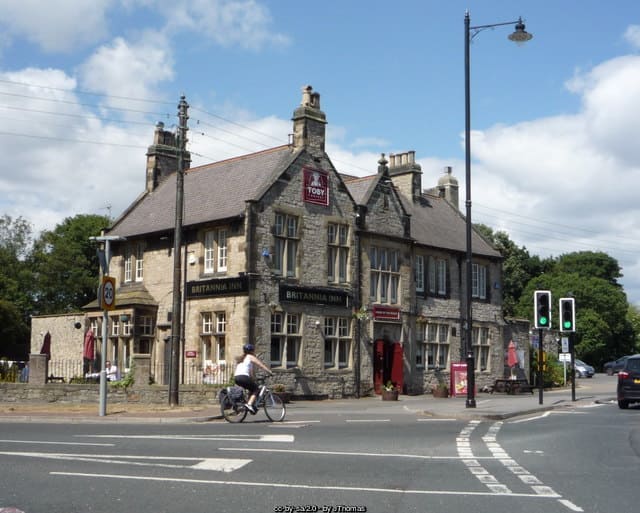 But, despite this, she still had to carry out her duties. She also had to share a bedroom with Mrs Ellison’s 8 year old son.

That night, as the boy slept, silencing her screams and groans Dorothy gave birth. She was making sure not to wake the household during the early hours.

The next morning, at 7.30am, someone saw Dorothy going to the pigsty. With her, she had a blood-stained bundle. Then she returned back to the inn empty-handed. Other members of the household went in search of the bundle and found the body of a new born baby. After informing Mrs Ellison about this, they searched Dorothy’s bed and they saw large blood stains on the bedclothes.

They called the police who then took Dorothy to the infirmary. While at the hospital the doctors confirmed she had indeed recently given birth. They also confirmed that the baby had not died from the birth itself. Instead, the baby died from suffocation. This was because of a handkerchief being tightly jammed into it’s mouth.

When charged with the wilful murder of her child Dorothy replied “I did not know what I was doing”. The defence for Dorothy said that she was so afraid her employers would find out about the baby. Furthermore, to stop the sound of the baby crying she put the handkerchief into it’s mouth. Convicted for the concealment of the birth, Dorothy was bound over to be of good behaviour.

Although this story goes back to the 1900’s, it demonstrates how life was a lot harder than it is now. Obviously, you may comment on this Cleadon Baby Concealment story or any other article at Wearside Online. You can even create your own post here at Wearside online by filling in this form. But please ensure your post has a local theme.

Alternatively, you may wish to join in at the Sunderland Message Boards (SMB). The Sunderland Forum is a great place to socially interact with other local people. Obviously, you may make a thread about anything under the sun!