To begin with, County Durham covers a large area on the north east coast of England. Indeed, the area is steeped in a glorious history. Durham City itself stands on the River Wear which winds is way to the North Sea at Sunderland. We can only but scratch the surface of this magnificent area. So, let us take a look at some of the most interesting facts. 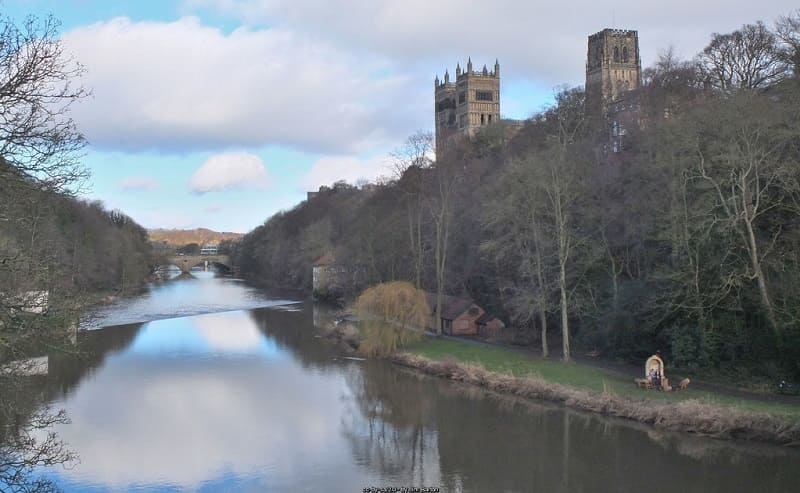 The magnificent landscape of Country Durham includes parts of the Pennines, the North Yorkshire Dales and the National Nature Reserves of Durham’s Coastal regions. Indeed, Durham was a Roman military outpost on Hadrian’s Wall. This, of course, was built to keep the Celts of the north (now Scotland) out of England. The Saxons also made County Durham part of the Kingdom of Northumbria.

The Romans were the first to make a significant and lasting impact on the county’s settlements and communications. Having conquered the native Brigantes around 80 AD, they built Dere Street as their supply route from York to the Firth of Forth.

The Romans, however, could not subdue the inhabitants further north and so had to consolidate their territory. In about 120 AD they built Hadrian’s Wall. This stretches 117 km (73 miles) from the mouth of the River Tyne in the east, to the Solway Firth in the west.

Land of The Prince Bishops

People often refer to County Durham as The Land of The Prince Bishops of course. It was essential that the region retained a strong stance against the aggressions of their Scottish neighbours. As such, it was able to negotiate a unique and independent position during the medieval period.

The castle at Bishop Auckland has to this day remained the home of the Bishop of Durham. Although the special privileges have long since been revoked. Furthermore, religion was the key element behind the construction of many of the region’s most famous landmarks.

In 1069, three years after landing in Britain, William the Conqueror finally subdued the North of England. William recognised the defensive potential of the rocky peninsula of Durham and a castle was founded there in 1072.

Nine centuries later, Durham Castle remains one of England’s largest and best-preserved Norman strongholds and one of the grandest Romanesque palaces. 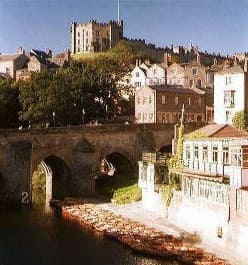 Since 1836 it has housed the Foundation College of Durham University, the country’s third oldest university after Oxford and Cambridge.

In 1093 work began on a magnificent cathedral to house the shrine of Saint Cuthbert. The original rib vaulted church, and architectural innovation of great importance, took 40 years to build. Since then, the cathedral and St Cuthbert’s shrine have attracted travellers from around the world. For over nine hundred years the castle and cathedral of St Cuthbert have dominated Durham’s skyline.

This dramatic panoramic scene is one of the great visual experiences of Europe. It is a combination of outstanding architecture in a superb setting. They dominate the city in their position high above the River Wear. Moreover, this sight continues to capture the imagination of visitors. Today, of course, the castle and cathedral are a World Heritage Site. At the foot of the castle there is a medieval layout with beautiful alleyways and winding streets. With this in mind, you can have a lovely walk along the riverbank.

One of the greatest influences on the early Christian tradition, was Saint Cuthbert, The North’s most revered and best loved saint. Cuthbert’s story is inseparable from that of the city and County Durham. A former bishop of Lindisfarne, Cuthbert died in 687 AD and they buried him on the island.

His body remained there untouched for two hundred years. During this time, frequent and severe attacks by the Vikings eventually brought about decline of the Kingdom of Northumbria. In 875 AD, the monks had to flee Lindisfarne, taking St Cuthbert’s coffin with them. 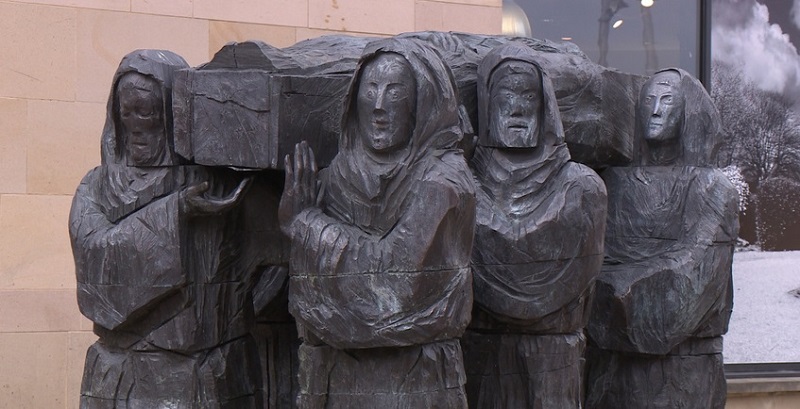 They journeyed through Northern England for 120 years, settling for a while in Chester-le-Street and Ripon. Their travels came to an end in 995 AD. When, according to the legend, the coffin became immovable and the monks saw a vision to take it to ‘Dun Holm’, the ‘hill’ on the island.

Not knowing where this might be, they followed a milkmaid looking for her cow and she led them to the rocky peninsula of Durham. The monks built the White Church to shelter Saint Cuthbert’s body and this remained until they dismantled it in 1092 to make way for the new cathedral. 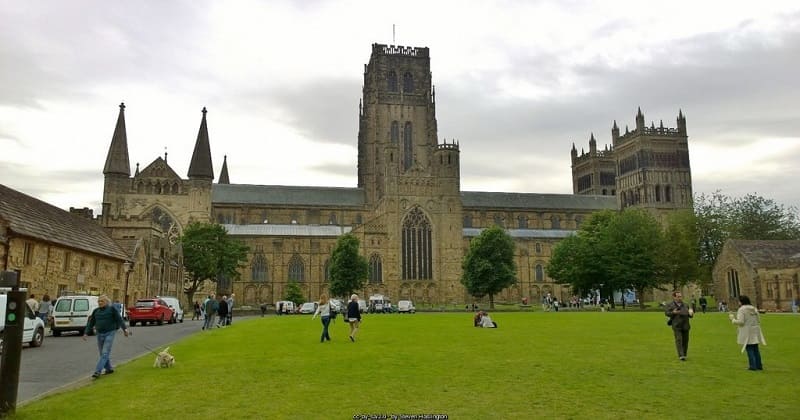 You can see evidence of the financial strength of the Christian church in the magnificence of Durham Cathedral. This is one of Britain’s finest examples of Norman Romanesque church architecture. The present Cathedral has stood on this spot as a place of prayer and pilgrimage for over 900 years. It contains the remains of Cuthbert, the saintly seventh-century Bishop of Lindisfarne.

It also holds the tomb of Bede (Monkwearmouth), in Durham Cathedral’s Galilee Chapel. Bede was the chronicler of Cuthbert’s life and the first English historian. It is one of the most beautiful buildings in England and part of a World Heritage Site.

In the 18th century, Northern England was a world leader in industrial innovation and enterprise. Moreover, County Durham was at the forefront of these dramatic changes. The county’s industrial development was based on coal and iron. Durham became economically important in the 19th century with the extraction of coal from the rich seams underneath it.

Coal was first worked in the shallower seams of West Durham, in drifts where it outcropped the surface. However, they sunk deeper Shafts later to reach the deepest seems. Mining communities rapidly developed across the coalfields, which at its peak in 1913, had over 200 working pits. 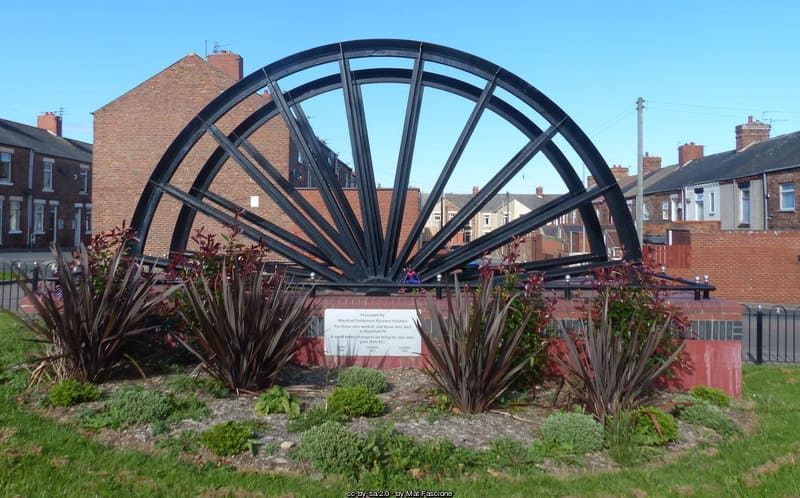 The need to carry coal to markets led to major innovations in transport. Durham was the birth place of the railways of course. In 1825, the Stockton and Darlington Railway, the world’s first public steam passenger railway opened. The inaugural train was George Stephenson’s Locomotion. Causey Arch is the oldest railway bridge still standing in the world and Tanfield Railway is the oldest existing railway in the world.

With its coal and ironstone, County Durham quickly developed an important iron and steel industry. New techniques developed in the Derwent valley, helped place County Durham at the centre of British steel making.

By the mid 19th century, the county had nearly 60 ironworks and blast furnaces which made a major contribution to the region’s growing shipbuilding and engineering industry. Indeed, on the coast, Sunderland, County Durham, became the biggest shipbuilding town in the world.

They mined lead in the Durham dales of course. Indeed, numerous lead mines and processing plants lay all over the rugged landscape. One such mine is the one at Killhope but these mines were also in the western dales. Indeed, travellers can still see the remains of certain mines along the many countryside walks. 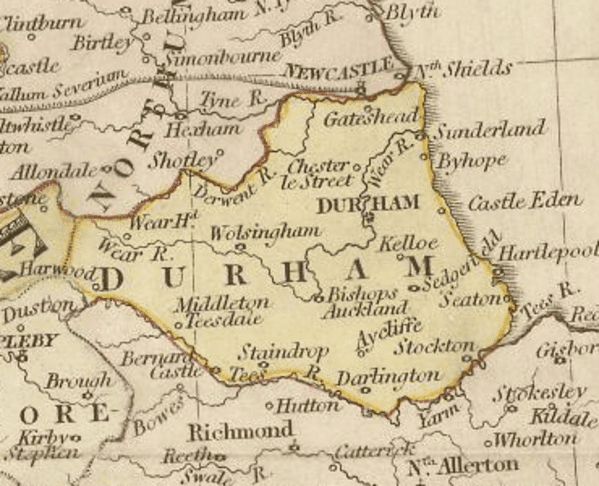 This old map shows the area of County Durham. Nowadays, Sunderland and Gateshead are of course in the unimaginative county of Tyne & Wear. Indeed, that county proved to be an unpopular forced marriage that only exists on paper now.
Furthermore, Sunderland is now an independent city and is not really in either county. Maybe one day Sunderland can take up it’s rightful place back in County Durham, we can only but hope.
Just to point out that the City of Sunderland has no cathedral in the city itself. This is because there can only be one cathedral in a diocese. 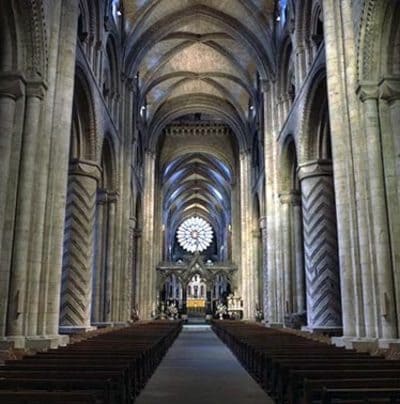 There is a record of the region’s history in many museums and galleries around the region. But, of particular note, is Beamish Open Air Museum. Covering over 300 acres it records the daily lives of local people through imaginative and interactive displays. In fact we have a full page article on Beamish Museum right here. 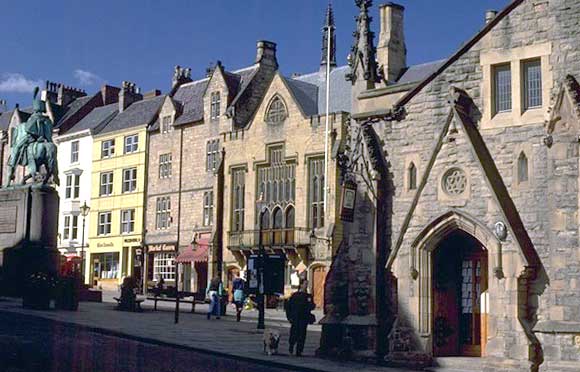 We hope that you enjoyed our little look around County Durham. Indeed, there is a lot more to discover. So, why not make a comment or two here. Furthermore, we also have a community forum for all where you can create a post or two about County Durham.
In fact, why not bookmark our Home Page and call back often. After all, this is your community too!
Tagged Bishop of Durham, County Durham, Dun Holm, Durham Castle, Durham Cathedral, Durham City, Kingdom of Northumbria, Land of The Prince Bishops, Saint Cuthbert. Bookmark the permalink.

One Response to County Durham