To begin with, around 11 miles south of Sunderland lies the town of Easington in County Durham. The town contains both the ancient village of Easington together with the Easington colliery, the ex-mining town. So, let us explore this small town which has a population of 7,193 (2011).

Indeed, the history of Easington dates back to around 900-915AD. As a matter of fact, the first known documented evidence was in the ‘Historia de St Cuthbert’. This of course is an account of the history of the bishopric of St Cuthbert. However, there is evidence of hunter-gatheres in the Mesolithic period (Middle Stone Age). Of course, many tribes have come and gone over the centuries. After all, the North East of England was a battleground for all forms of invasions.

The name Easington may be of Saxon (Germanic) origin because the translation comes up with, ‘Village of Esa’. Indeed, there is the ancient mention of Esyngtana, meaning a place of Esa’s people. The mention of ‘Esingtun’ in 1050 also throws up the meaning a township (or village) for Esi’s people. But with the lack of documentation, its hard to determine.

Easington also suffered at the hands of invaders from Scandinavia (Vikings). Under the Normans (Viking settlers from France), further destruction occurred. Indeed, the murder of Robert Comyn, a Norman, brought about reprisals which practically destroyed of the area. Following on from this, in the early 14th century, there was yet more turmoil. In other words, an invasion and war with the Scots which affected several generations. Due to this latest upheaval, the population of Easington decreased.

Further decimation to the population again occurred in July 1349 when the Great Plague reached Easington. Also known as the Black Death, this would have reduced the population anywhere between 30-50%. Indeed, the Plague would reoccur for a while after this too. In view of the havoc caused by this pestilence, there are notes in the Hatfield survey of 1377-1381. All in all, Easington has its own piece of turbulent history.

Of course, the oldest building in Easington is existing parish church on the Village Green called, St Mary the Virgin. It dates back to the 12th century and the parish register dates back to 1571. 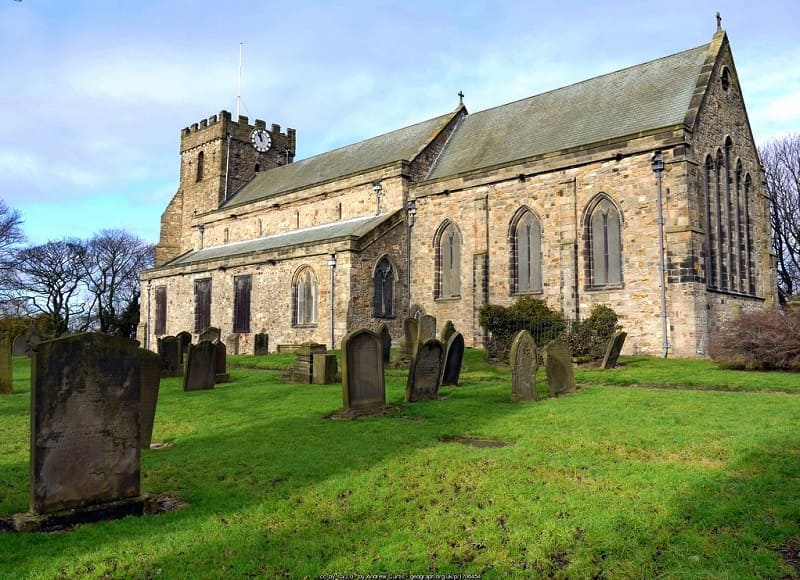 Founded on a small hill in 1197 by Bishop Richard de Marisco, it was probably a religious site previously. This is because there were architectural fragments from around the 8th century that come from within the site. Furthermore, at nearby St Andrew’s Hill there is evidence of early Seventh Century burials.

Obviously, visitors to the area can see St Mary the Virgin Church from miles around, such is its stature. Indeed, at one time, the church was in use on navigation charts as a landmark for sailors.

Not only is St Mary’s Church standing as a reminder of this time, but close by is The Rectory. The construction of the Rectory in 1248, was for Prince Bishop Farnham as a retirement home. It is directly opposite St Mary the Virgin Church of course and one of England’s oldest domestic buildings. Nowadays the old rectory has the name of Seaton Holme and is still in use for a variety of functions.

Throughout the years, the rectory changed and so did the parishes. For example, as Easington Village parish shrank, the church sold the Rectory to the Guardians of the Poor in 1921.
Then it became a home for children from the workhouse in the area. However, in the 1930’s it became a hostel for older men.

The County Council Social Services then took over Seaton Holme to use as a community building. As the building began to decay it became dangerous, so they closed it down. It stood neglected and empty until 1988 when Easington Parish Council bought it for £1.00. In this case, and after extensive renovation work, it remains a protected building.

In short, the first school in Easington opened its doors in 1814. The Reverend Richard Prosser paid for the school at his own expense. This also included another £1000 for the repairs and running of the school. Using the name, Easington Parochial Charity School, it was at the bottom of St Mary’s Close.

Of course, in those days there was one classroom for boys and one for girls. Another key point is that in 1828, to attend the school, it cost 1d (one penny) per head per week. Initially, 50 boys and 30 girls attended the school, so the take up was excellent. This school was in use until 1967 when they built a new school just behind it. When the children moved to the new school building, they pulled the original one down, then grassed over the land.

In the mid 1800’s, owing to the rising population and lack of housing, a workhouse was necessary. After all, these sort of buildings were common at the time. Therefore, the construction in 1850 of a Union Workhouse in Seaside Lane became the solution. 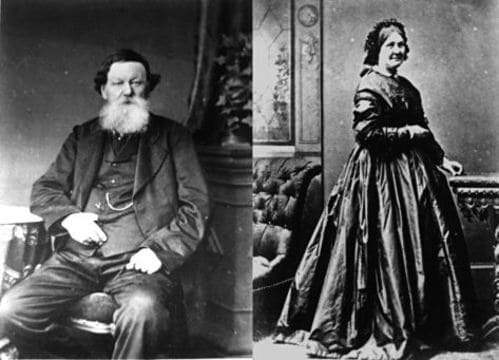 In this case, it was the responsibility of the Poor Law Union. John Mason and his wife Mary became the first master and matron of the workhouse.

The new workhouse obviously provided a bed in exchange for various types of work. However, the accommodation and meagre and work was tough and tedious. In 1851 there were 25 inmates but as demand rose, more room was necessary. Over time, further redevelopment of the building took place. So, by 1894, there was 130 occupants and by 1936, there was 240 inmates. 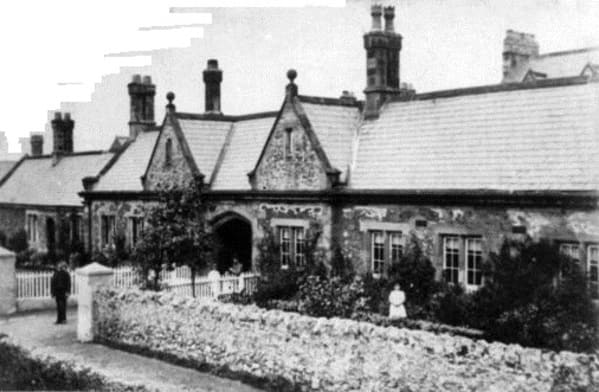 By 1926, there was the addition a nurses home together with a primitive hospital at the workhouse. Over time, conditions improved slightly for the inmates of course. But a lot more improvements were necessary as expectations rose.

Durham County Council took over Easington workhouse in the 1930’s then changed the name to Leeholme Hospital. However, in 1971 the building was no longer suitable for the original purpose. So, demolition of the building took place after the transfer of staff and patients to other hospitals in the area.

** We have in-depth information about workhouses around Wearside on this page.

In effect, the Easington Coal Company came about in 1899 after mining became a viable reality. In fact, there were plans in place for three shafts. However, it wasn’t until 1911 that the first coal samples came to the surface. This was despite the completion of the North Pit in 1909.

Generally speaking, the first buildings in Easington Colliery were the sinkers huts. In this case, these huts were on the site of Ashton and Ascot Street. In brief, ‘sinkers’ was the collective name of the men who went down the mine shafts in a metal bucket.

Obviously, the area around the pit grew to become Easington Colliery which was a town in its own right. As a matter of fact, the population of Easington Colliery quickly outgrew Easington Village. Although collectively called Easington, the two areas still have separate identities and characteristics to this day.

** For much more information about coal mining in the Wearside area, click here.

The biggest disaster at Easington Colliery was the explosion at the pit on 29th May 1951. By and large, there were various areas within the colliery, called districts. It was at the Duck Bill district of the mine when the explosion occurred at 4:45 am. Obviously on hearing the explosion, families quickly gathered at the pit gates to wait for news of loved ones. 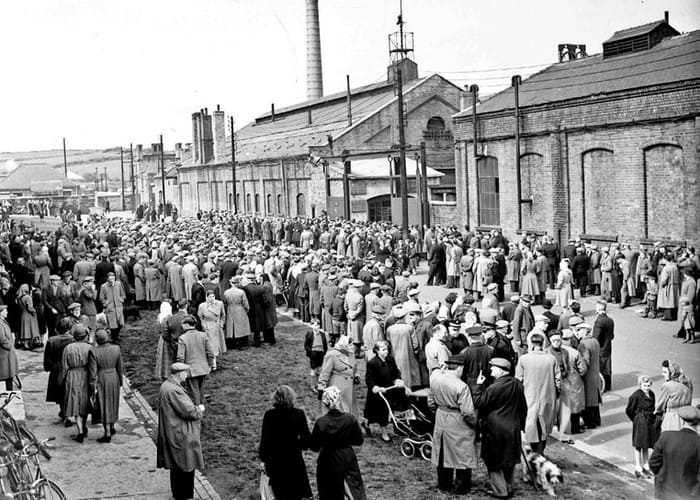 A team from the Central Rescue Station at Houghton-le-Spring obviously done their best in the rescue operation. However, eighty-one miners and two rescue workers would die due to the disaster.
Moreover, the recovery of the last body was not until 14th June. In due time, a disaster fund managed to raise over £180,000.

In order to remember those who lost their lives in the tragedy, a memorial now stands in Easington Colliery Cemetery. The cemetery in Crawlaw Road became the final resting place for those involved in this terrible disaster. Also, the planting of 83 trees symbolises each life lost in the disaster.

In view of the decline in the coal industry, the government announced in 1992 that 31 UK pits would close. Easington Colliery was one of those pits that would close. So, the last coal to come out of Easington Colliery was on 30th April 1993. As a result, there was a loss of 1,400 mining jobs in the town. In 1994, the pits at Easington, County Durham, vanished with no trace left to see.

As with other collieries in the area, Easington also had its own brass band since 1915. However, in 1956 the colliery band joined up with the Public Band to become the Easington Colliery Band. Still based in the old Colliery Pay House, this building is the last bit of evidence of Easington’s coal industry.

Linking music to Easington is not that hard because we have a link to an iconic rock band, The Who.

Indeed, their 1971 album cover ‘Who’s Next’ has the band standing at a concrete piling at a local slag heap. 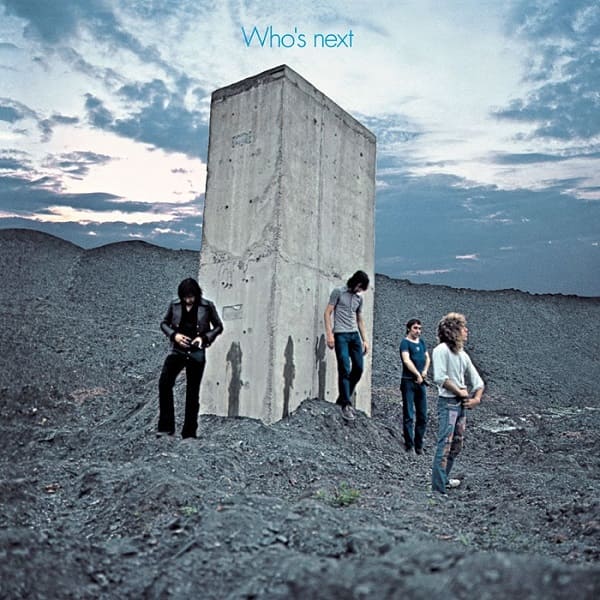 As a matter of fact, the album cover shows they have just relieved themselves on the concrete pillar. The album cover is so iconic that VH1 voted it as one of the greatest ever.

In the year 2000, Easington also doubled up to become the fictitious Everington for the film ‘Billy Elliot. In order to help with the filming, over 400 locals became ‘extras’ and loved the experience.

Although Easington has a long and colourful history, the future still remains uncertain. Certainly, the closure of the pit had a dramatic effect on the local economy. Easington indeed suffers from economical deprivation. In fact, worse than any other town in the UK. The town is obviously crying out for a little investment to spark things off yet again.

On the positive side, the people in the area have a forward outlook and are a proud bunch. Together, with a long history, a beautiful countryside and coastline, should investment come, the area will rock once again. Finally, speaking much about rock, Easington is the only place on earth with dolomitic limestone cliffs on the coastline.

You can tell us here about your memories or experiences in the town of Easington, County Durham. If you live in Easington, then give us your opinions of the town and what you think of your local community.

Finally, Wearside Online is a community website suitable for all the family. So is our sister community called the Sunderland Message Boards (SMB) which is our region-wide forum. Wearside Online caters for all County Durham issues too. Therefore, you are able to join in at the SMB and create a new thread all about Easington there if you wish.