The business, Edward Thompson Printers, started out because of a bet, which turned out to be a winner. To begin with, in 1867 a young man called Edward Thompson placed a bet on a horse and won £60. Indeed, this was a great deal of money in those days. Then he added this to his life savings and bought some property in Sunderland High Street. Edward worked hard building up his printing business and also added a stationary business to go with it.

After his national service in the RAF was over, Frank, the middle of John’s 3 sons, then joined the business. This was in 1953 even though his father John Louis still played an active role in the business. Frank eventually became the managing director in 1956.

It was in 1959 when the turn around for Edward Thompson Printers came. Indeed, their stationary shop, now in South Street and Walworth Street, was getting their supplies from a firm in Ipswich. However, the Ipswich firm could not supply enough bingo tickets for Edward Thompson’s needs.

It was then that Frank Cronin, as managing director, decided that Thompson’s should start printing their own bingo tickets. But, not quite happy with just printing and delivering the bingo tickets, the company diversified. That is to say that Thompsons began to make all the equipment for playing bingo and installing it too. This expansion led to a bigger workforce of course and in 1964 they needed a second factory. 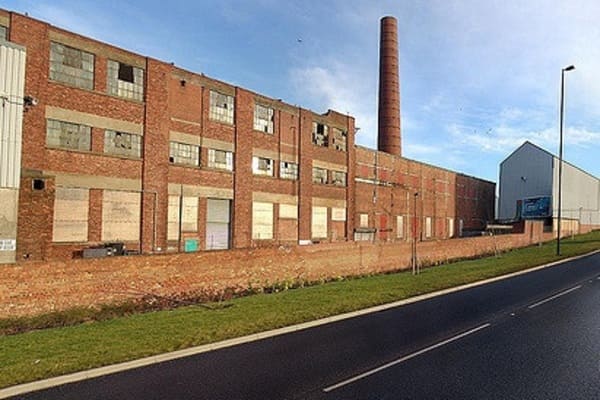 In 1976 the company also bought the old Sunderland Echo Office premises in West Wear Street. Then by 1981 had opened as a match factory producing book matches for the UK and Europe. At this time, Edward Thompsons are the only match manufacturer in the United Kingdom. In 1981 Thompson’s also bought the Hendon Paper Mill from a Canadian paper making company, Domtar. Furthermore, they used this building to produce 100% recycled paper.

In 1956 when Edward Thompson was took over by Frank Cronin, it was a small printing and stationary company. Indeed, they only had seven staff. But now, with their factories and their stationary shop in John Street, they employ over 600 people. Moreover, they sell all manner of stationary and export to over 57 countries all over the world. Furthermore, this earned Edward Thompsons the Queens Award for Export in 1993. As a matter of fact, Edward Thompson became the world’s biggest manufacturer of bingo cards!

To clarify, the business headquarters is now in Richmond Street, Sheepfolds Industrial Estate, Sunderland. Obviously, this is close to the Stadium of Light, the home of the Sunderland Associated Football Club. In his headquarters, Frank Cronin has his own personal squash court built in, so the firm has emphasis on fitness.

Frank and his wife Teresa, who is also the company secretary, have 4 sons and 10 grandchildren. Indeed, they are now reaping the rewards for all the hard work they have put in building up the business. Thus, they have a home on the coast, a holiday home in Tenerife and a Daimler car each.

Markedly, two of their sons, Patrick and Philip, are heading for the next generation of management. So, it seems that Edward Thompson Printers will continue to be a family firm for many more years to come. However, this will be without the stationary shop in Fawcett Street on which the business grew around. This is because, the shop may have been losing too much money forcing it to close on 24th December 2003.

Wearside Online appreciates what Edward Thompson Printers have achieved, especially since the business is a valuable city employer. Long may their success continue.