Ad blocker detected: Our website is made possible by displaying online advertisements to our visitors. Please consider supporting us by disabling your ad blocker on our website.
If you need to swear - go elsewhere!
Wearside Online - serving the area for well over 10 years!

Welcome to the SAFC Forum and football lounge. You may chat about Sunderland AFC here together with any other footballing matters. The Black Cats are the main focus, of course!
Post Reply
17 posts

Today would have been Bob Stokoe's 85th birthday.
Bob was the manager of Sunderland AFC when we won the FA Cup in 1973.
I couldn't let this date pass because that day all those years ago was one of the best days for SAFC in living memory. 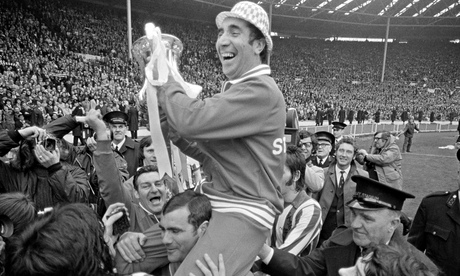 Bob Stokoe's statue outside the Stadium of Light watched by Bob Murray and co.

Hats off to Bob Stokoe.

Bob Stokoe, gone but not forgotten.

Our thought go out to Bob Stokoe and all the work and effort he put into his team.
Winning the FA Cup in 1973 was something special.
He deserved all the glory from that amazing day.
Long will his memory live on in the hearts and minds of Sunderland supporters and even the generations that were never there to witness such a day.

Memories will always linger on for Bob Stokoe.
My thoughts go out to him.
You did Sunderland proud!

Yes indeed!
Bob Stokoe did us all proud that day but lets not forget it was more than about May the 5th 1973.
It was about how he took over a struggling Sunderland side and turned things around for us.
Of course the whole 1973 cup run is special too.
All his time at Sunderland should be celebrated.
RIP fella - always in our thoughts.

Always with us.
The man with the hat.
Bob Stokoe - Legend.

He may have been a Geordie but that never mattered them days. In fact, we all were Geordies if I understand things correctly.

He is the only one to have a statue outside the Stadium of Light .... correct me if I am wrong.

Bob Stoke - will always be remembered by Sunderland supporters the world over.

Thanks for the reminder.
Memories of this great man will go on for generations like previous great blokes.
1973 was Sunderland's year without a doubt.
Whether the feelings would be the same if we won the FA Cup again I don't know.
I don't think there would be so many street parties.
Bob Stokoe - The Messiah!