I say yes because although she was born in Brighton she was raised in Sunderland. This is her mother's native city, so yes, Melanie Hill is a Mackem. You can be born anywhere but it is where you are brought up that counts. Lets face it you can't help where the hospitals are

She married actor Sean Bean in 1990 but was divorced in 1997 and they have two daughters.

Sunderland AFC is the football team that Melanie Hill supports

Melanie Hill has played so many parts on television programmes so I will list all those that we know of:

Here is a picture of Melanie Hill: 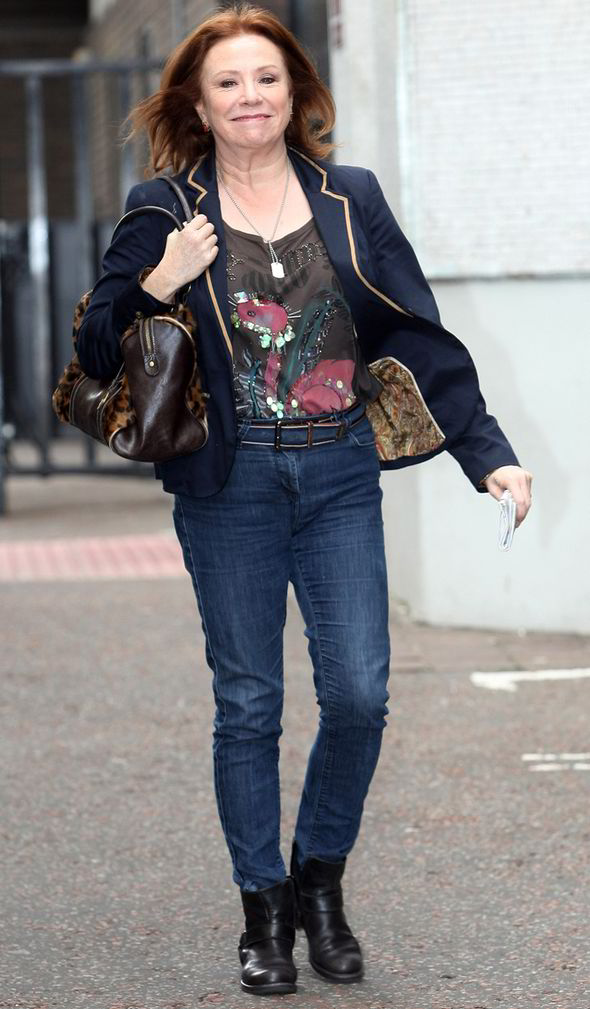 Finally, a picture with Roy Cropper in Coronation Street.

The poor lass is all over the news today.
Apparently she is addicted to painkillers, Co-Codamol, to be precise.
Melanie Hill had a hip replacement and went on the drugs to relieve the pain but got hooked.
I hope she is alright.

Aye Melanie Hill again on the Sunderland Forum, what a surprise

monty wrote:Aye Melanie Hill again on the Sunderland Forum, what a surprise

Yes but this is her profile.
Its hard to believe she played the part of Aveline in Bread all those years ago.
Melanie Hill really is a remarkable actress and I wish her much more success in the future.

She is quite pretty for her age.
I am not saying Melanie Hill is old but just that she is attractive.
I would love to see her dressed in a Sunderland top.

She is very consistent in her acting. Melanie Hill as Avaline in Bread will take some beating.

Well she is a hit from me.

I can just remember the TV series "Bread" and did know that Aveline was from Sunderland, well one of them

I never really noticed Melanie Hill in any other TV show but judging by all those other parts Melanie has played I don't know how.
Nice to see that Melanie Hill is still a massive lads fan.

But will Melanie Hill fulfil a relationship with Roy Cropper, that is the question that everyone wants to know

I am surprised nobody has posted any videos of Melanie Hill yet.
Since she is fondly remembered as Aveline in the TV series "Bread" take a look at this video.
It shows many clips of Aveline as she was in Bread by both the actors who played her.
Melanie Hill is very easy to recognise and is just as gorgeous as the first actress to play the part.
Well done Melanie Hill for your contribution to television history.
The music on the video is Scouting for Girls - She's So Lovely.