To begin with, in the 1800’s milling was a major industry. Indeed, there were nearly a hundred windmills in the north east. However, Fulwell Windmill is one of the few remaining working windmills left. The windmill’s construction is from magnesian limestone from the nearby quarry, of course.

Joseph Swan and his family ordered the Fulwell Mill and it was ready for them in 1808. Moreover, the windmill had a connection with the Swan family for many years after. However, many people also rented it too. 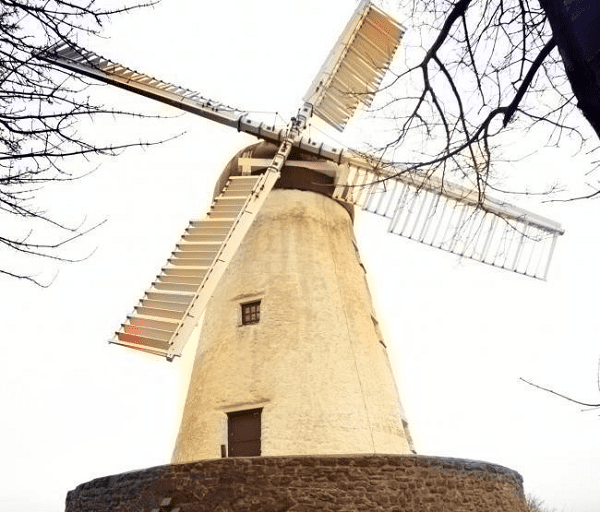 Obviously, the Fulwell Mill has saw many operators. For example, Mr Fuller in 1834, and in the 1840s, the Dodd family. Ownership then passed to Mr Coulson. Finally, in the 1880s William Moody, a farmer who owned land adjacent to the mill, took it over. In fact, the mill stayed with the Moody family until its closure in 1949. Up until this time it had been working with a gas engine which was from around 1905. However, the mill was still in working order when the Moody family passed it on to James Simpson. Jim lived next door at Ivy House and carried on with some part time milling until 1957.

The ownership of the mill also became the subject of dispute in the second half of the Twentieth Century. As a result, the windmill passed into the hands of the Church Commissioners. Then, in 1951, ownership passed to the Sunderland Corporation. The Sunderland Corporation obviously undertook some restoration work. For example, in 1954-5 they replaced the cap and sails. Then, reconstruction of the fantail took place. They also began to block off the doors and windows within the tower.

The Grade II listed building, then stood idle for several years. However, The Tyne and Wear Industrial Monuments Trust began to lease the windmill in 1979. Major structural repairs were under way yet again, including additional work such as timber treatment. In effect, this again saw replacement of the sails, restoration of the cap, fantail and reinstatement of the staircases.

Although a significant amount of work on the windmill was ongoing, there always seem to be issues. For example, major repairs and restoration work see the mill out of bounds for long periods of time. Also the land in front of the Mill was in a derelict condition. Demolition of the original Miller’s cottage in the 1950s also saw the land left redundant.

Fulwell Mill once again reopened to the public on Friday 29th June 2000. This was indeed after a seven-month restoration scheme costing £800,000. We also saw a visitor centre and shop added to the old Newcastle Road landmark. It will also be a working attraction capable of milling grain. Visitors will indeed be able to see demonstrations of the milling of flour. The resulting product will then go on sale at the shop.

Falling revenue and increasing repair costs led to the once familiar presence of windmills on our horizons disappearing. However, Fulwell Windmill has been part of Sunderland’s horizon for over 200 years. The restoration costs may be high each time but it allows us to retain a key to our historical past.