This article tells the story of the Gosforth Street decapitation crime in Roker, Sunderland. Moreover, the victim was only a child, his step-son. So, only read on if you have the stomach for it.

It was just after midnight on Friday 2nd August 1919 and everything was quiet for Sergeant Hutchinson. He was sitting at his desk in Barclay Street Police Station, Monkwearmouth, while catching up on his paperwork.

The night shift was normally quiet, so it was a surprise, when at one o’clock in the morning, a small, scruffy, middle-aged man came in and politely told Sergeant Hutchinson, “Excuse me, I’ve something to tell you – I’ve cut my bairn’s head clean off”!

Not sure he had heard correctly, the Sergeant got the man to repeat himself. Angry at the sergeant for not comprehending the situation first time, the man said, “I tell you, I’ve cut the bairn’s head off”. Still not sure about what the man was saying, the Sergeant said that he better give a statement.

Quite calmly the man said his name was John George Turnbull. He told the sergeant that he had just come from his home in Gosforth Street, Roker. This was where he claims the decapitated body of his six year old step-son was. He said that his step-son was in the kitchen, while another four children were in the other room, locked away.

While a constable locked Mr Turnbull up, the Sergeant took his keys and walked to Gosforth Street. There, at the address, he found the man’s lodgings on the second floor. The two dirty rooms were dull, even with the light from two gas lamps. As he opened the door, the sight Sergeant Hutchinson saw was so horrific, that it would stay in his mind for the rest of his life.

On the kitchen mat lay the little boy’s body, minus his head. There was also a blood-covered razor which was on a table nearby. The head was on the floor by the open coal fire. At first, the sergeant couldn’t move until he heard crying from the bedroom. Then, to investigate the scene further, he slowly opened the bedroom door.

In the dim light, he could make out three small figures under the bedclothes. Then a little girl’s voice sobbed, “Is that you mother”? As her face came from under the bedclothes, she saw the policeman and said, “Oh mister please take us with you, daddy’s cut our Tommy’s head off”! The girl was 12 year old Sarah, and it took the Sergeant several minutes to calm her down so she could tell him what had happened.

He then discovered that her mother was a widow by the name of Mrs Tucknott. She recently married Turnbull and they had been together just over a year. She had four children from her first marriage and a baby with Turnbull.

On the previous Sunday night, their crying baby kept him awake. Then, his agitation turned to anger and Turnbull beat up his wife. He hit her so badly that she fled from the home, too frightened to return.

For the next few days he had drunk constantly, leaving the children to fend for themselves. Sarah, an intelligent child, had looked after the other children like a mother. But after not sleeping for nearly a week, Turnbull, full of drink, snapped and attacked the children.

On 12th November 1919, John George Turnbull, 45 years old, appeared before Durham Assizes, charged with murder. Moreover, 12 year old Sarah would have to live through the nightmare again. Sarah told the jury how she woke up to see her stepfather grab her brother Tommy. He then pour medicine down his throat trying to quieten him down. But Tommy was wriggling around and her stepfather slashed his throat, then slowly cut through his neck.

Sarah then told the jury that “he chucked the head down against the fender and then turned to us”. “He said he was going to cut our heads off as well, so we buried our heads under the pillows”. This was while her brother Matty stood up and ‘prayed for him not to kill us’. “My father then cut me on the hand, although it is better now”, she said.

The children’s mother then gave evidence, but all she said was Turnbull was fond of the boy. In fact, she claims that Turnbull said Tommy was the ‘best of the bunch’.

We don’t know why Turnbull didn’t kill the other children. However, Dr Hickey, a psychiatrist, gave evidence on his mental state at the Gosforth Street decapitation trial. Dr Hickey said Turnbull was ‘stupid and not easily moved’, he also had ‘thoughts about cutting off peoples heads’. Indeed, while at the police station under caution, he didn’t seem to mind or care why he was there.

The jury very quickly gave a verdict of guilty due to insanity. The judge, Mr Justice Lawrence, then sentenced him to be detained at His Majesty’s pleasure.

Obviously, the Gosforth Street decapitation crime was a nightmare to all concerned. Indeed, just how the other children coped, we simply don’t know. In those days, there was very little in the way of support of course. So, we can only but hope that they managed to pull through.

You may comment on this horrific Gosforth Street decapitation crime below if you so wish. Alternatively, if you feel the need, you may also start a thread in our Sunderland Bulletin Boards here. Indeed, the Sunderland Forum is a public platform allows you to post about any topic under the sun.

They demolished Gosforth Street in Roker to make way for new houses. However, we do have an old picture and map from Gosforth Street/Millum Terrace junction. 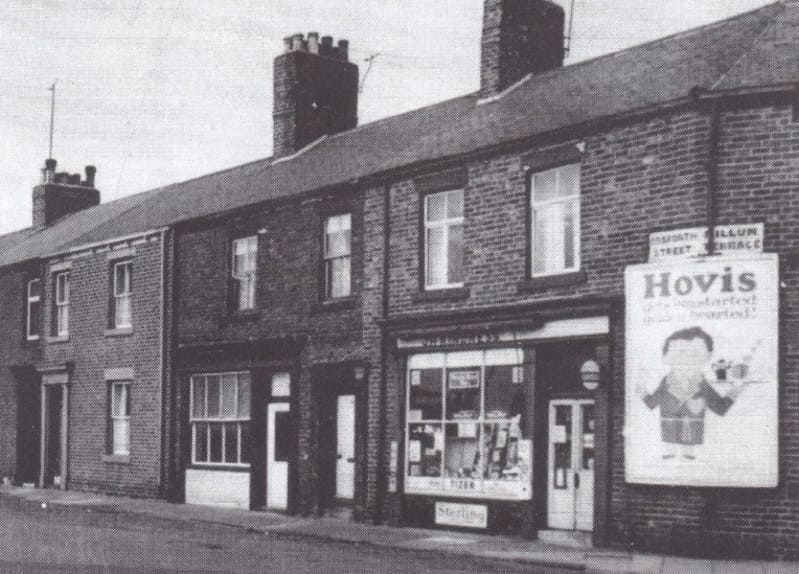 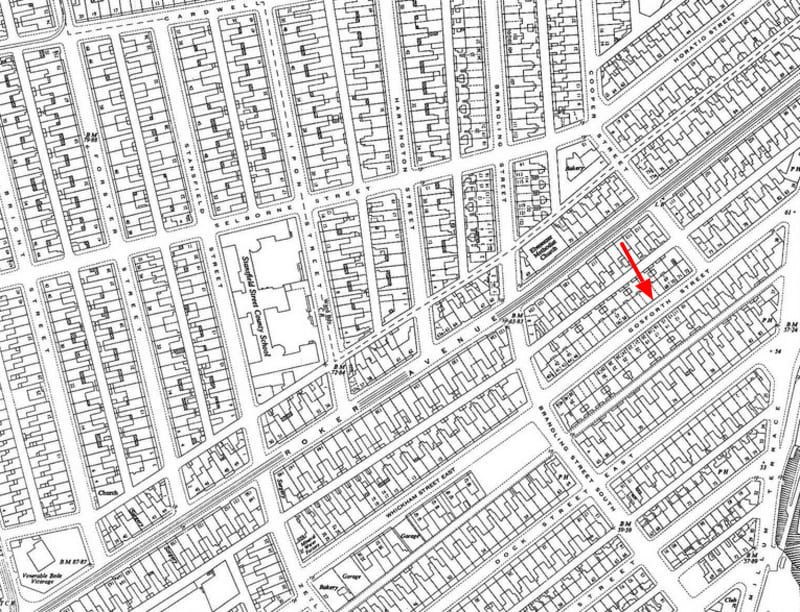 On the map we highlight Gosforth Street which is close to Bradling Street South, Cooper Street and Roker Avenue, of course.

Footnote: readers may note that we have changed the title of this article. Previously, the title was ‘Off With His Head’. However, we thought that was inappropriate. So, we changed the title to Gosforth Street Decapitation, Sunderland in order to match the seriousness of the crime.