To begin with, James Hartley was born in Dumbarton, Scotland in 1811. However, he went on to own the largest glass works in Sunderland in the nineteenth century. Indeed, we refer to this as, the Hartley Wear Glass Works.

His father had also worked in glass works in several parts of Britain. Indeed, at Smethwick, near Birmingham, he went into partnership with Chance & Co.

They went on to produce crown glass coupled with German sheet glass. 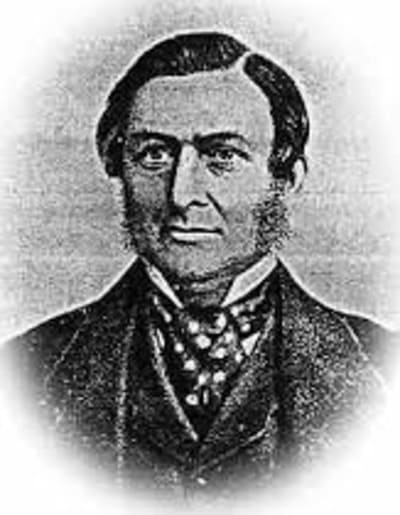 In 1833, Hartley senior died and three years later, James and his brother John, left Smethwick and moved to Sunderland. Then, in 1837 James and John started their own business, Hartley’s Wear Glass Works, off Trimdon Street. This was of course near the eastern end of Hylton Road in Deptford. Why they came to Sunderland is unclear but maybe its because their extended family members were here making glass.

In due time, Hartley Wear Glass Works improved the manufacture of crown glass. Then in 1847, they patented a new process for making rolled plate glass. Indeed, it was Hartley’s plate glass, which was ideal for roofing, that was largely responsible for the company’s success. 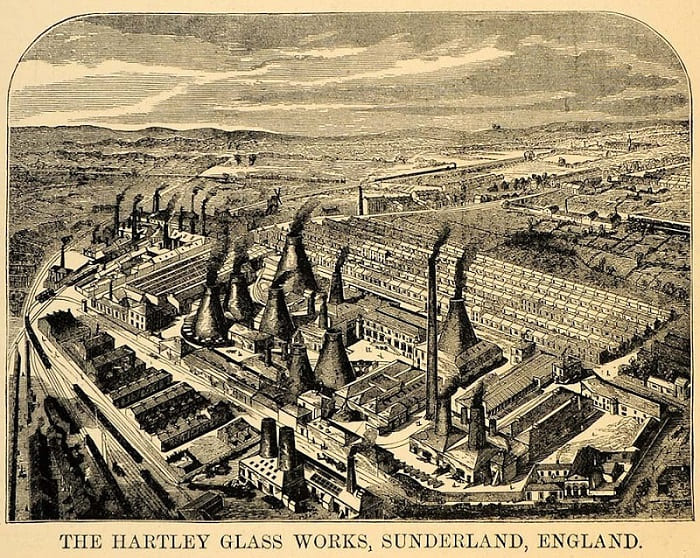 By the 1860’s, Hartley Wear Glassworks were employing 700 men, so they were a major employer in the area. With this in mind, they were supplying one third of all the plate glass in the country. They also had a large export trade too.

In 1877, former president of America, Ulysses Simpson Grant came for a two day stay in Sunderland. While on Wearside, he had a tour around Hartley’s Glass Works. In this case, the visit was on the afternoon of 25th September.

Hartley Wear Glass Works were also one of the earliest companies in the world to produce coloured glass. Obviously, this was for use mainly in churches. In addition, James Hartley would occasionally make a gift of entire windows to local churches. For example, they gave the large geometrical window in Park Road Methodist Church, Sunderland in 1887. Its value then was £125, which was a lot of money in those days.

It was in 1868 when James Hartley retired from the management of the glass works. So, his son, John took over the running of the firm. However, after his father retired, things started to slow down at the glass works. This is because John did not have his father’s abilities.

Hartley Wear Glass Works had two main competitors, Chances near Birmingham and Pilkingtons in St Helens. Moreover, they had begun using better methods of production by converting from coal to gas-fired furnaces. Hartley’s did not make the change until 1891. Since the 1870’s Hartley’s had begun to suffer further problems. This was from several strikes, bad industrial relations and also from their competition.

The firm faced even more competition from abroad especially from Belgium. In view of all the problems, Hartley Wear Glass Works had to close down in 1894. In 1896, demolition of the buildings began so that the land could be available for housing. A year before the closure of the glass works, the grandson of the founder, also named James Hartley, had gone into partnership with Alfred Wood making stained glass at the Portobello Lane Works, Sunderland. 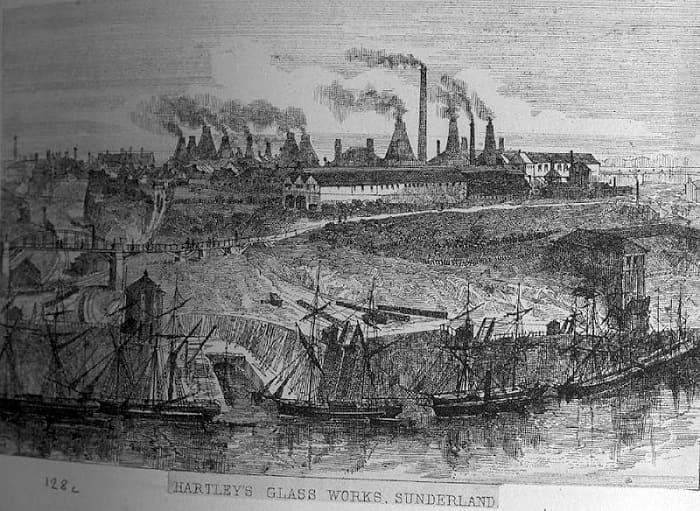 The founder of the glass works did not live to see the closure of his factory. But James had led a full and active life. After arriving in Sunderland in 1836, he not only opened the largest glass works, but he became an active politician. In fact, he went on to become a councillor from 1842 and Mayor of Sunderland in 1851, 1853 and 1862. While he was the Mayor in 1851, he helped promote the Town Improvement Act.

James was also the River Wear Commissioner and he encouraged the railway development in Sunderland. Indeed, he became a director of the North East Railway Company. James was also a conservative MP for Sunderland from 1865 to 1868.

In 1871 he was a founder member of the Sunderland School Board and indeed its first chairman. James also paid for the building of Ashbrooke Hall on Ashbrooke Road, Sunderland. However, in 1864, that building took on the name of Corby Hall. When James Hartley died on the 24th May 1886 in London he left an estate worth £147,623.