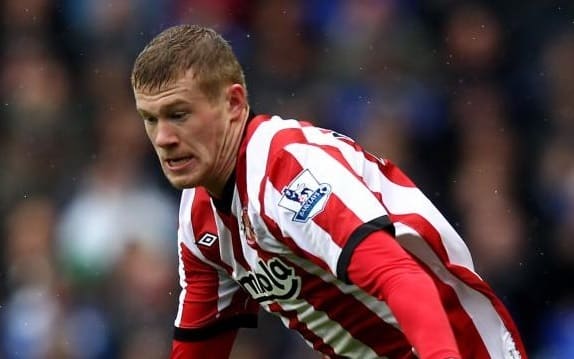 James McClean was once Sunderland’s ‘find of the season’ but fell then out of favour. Indeed, McClean refused to wear a poppy to respect the war dead.

Indeed, one thing that James McClean should have learned recently is respect. From his time at Sunderland AFC, it’s clear that he should not lash out at the fans. It doesn’t matter whether they are SAFC supporters or any other football supporters – you just do not do it!

By crying to the press men saying it was the supporters that drove him out, this has surely brought it to the attention of ALL Sunderland fans. There were certain few sections in the crowd that booed McClean but certainly not ALL the crowd.

Controversially, James McClean chose to play for the Republic of Ireland instead of Northern Ireland. He also refused to wear a Sunderland shirt that had a poppy on for one game. This is disgusting and shows what is in his mind.

The speedy winger played very poor football last season for the Wearsiders. He either had a nosedive if form or he refused to play to the best of his ability for Sunderland AFC. McClean must realise that by leaving Sunderland and ending up at Wigan, his playing in the Premier League are ending. Especially since he was annoying quite a few people.

Obviously, what drove him away from SAFC could be in his head. This is because most people can’t even recall any boos against him! Who would want to sign a player that refuses to respect customs within the beautiful game. Especially since his blood boils easily at the sound of the odd boo?

For upsetting ‘the fans’ while having a swipe at them in the press, James McClean will certainly get some stick. Moreover, if he ever gets the chance to play against Sunderland in future he will know about it.

Walking away from a small minority of aggrieved Sunderland fans with dignity would have been a better option for McClean. But that’s part of his learning curve which he has not observed yet.

Finally, the second-rate player will fade away into oblivion. Indeed, many others have since they left Sunderland disgracefully. But the manner in which he done what he did makes him look all the more childish. Obviously his political views are blocking his chances of success. So be it!

What do you think about this player’s actions? Did you think he was a good player or bread and butter player? Have your say here at Wearside Online or in the massive Sunderland Message Boards (SMB). Indeed, the Sunderland Forum is available to all Wearsiders, Mackems and SAFC supporters everywhere. We also have a Black Cats Forum especially for football chat. However, please note that unlike some forums, we don’t allow swearing or other silliness etc.