To begin with, the Marsden Grotto is a public house in the small seaside town of South Shields. Moreover, it has a history that dates back to the 1700’s. In fact, its history is quite colourful. 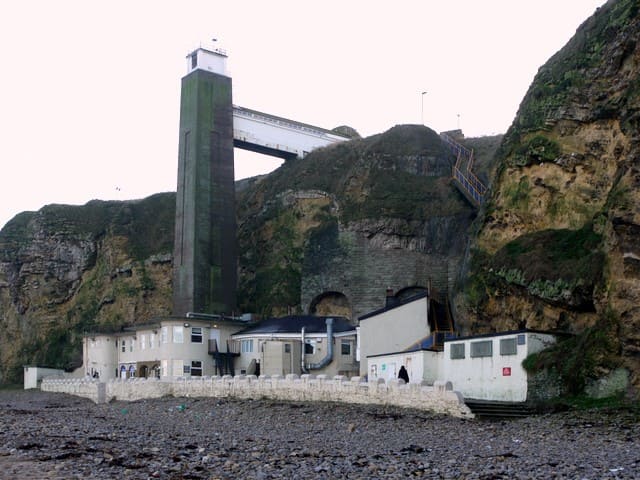 Of course, the Marsden Grotto Pub is approximately three miles south of the entrance to the River Tyne. It is also around 6 miles north of Sunderland.

Just to clarify, the pub is built into the cliff face at Marsden Bay. Incidentally, Marsden Bay is ran by the National Trust and is also notable for the bird sanctuary at Marsden Rock. Obviously, the rock is home to gulls, terns, kittiwakes and various other sea birds (images below).

The Marsden Grotto, came into existence in 1782 by an Allenheads lead miner named Jack Bates. Jack Bates, prior to 1782, found himself out of a job and a home. He then made his way to the South Shields area, where he managed to find work as a quarryman. Jack, and his wife Jesse, constructed a small dwelling place for themselves at Marsden bay. Jack then obtained some explosives and excavated some of the cave area. Then he built into the rock some stairs leading to the top of the cliff face.

From that day on, Jack Bates became known as Jack the Blaster. Be that as it may, both lived here happily for about ten years. Indeed, they enjoyed running their home as a tearoom for holiday makers and sightseers in the summer months. Then in 1792 Jack died, the house became empty and left to the elements. However, in 1826, Peter Allan began to live there. A local man who had previously been the proprietor of the Highlander pub at Whitburn. Moreover, Peter Allan constructed a fifteen room mansion and named it the Tam ‘O’ Shanter. But later, it had a change of name to the Marsden Grotto. 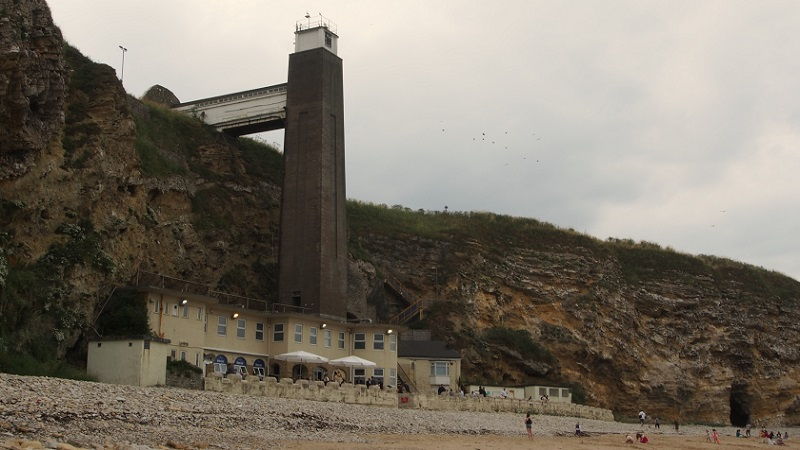 Death Of A Smuggler

The Pub was a roaring success and people from all walks of life would visit there, including Smugglers. The Grotto then became subject to tales of ghosts hunting the building. However, we have a slight variation about the hauntings of the Grotto. This is because over time things can become vague.

One evening in the mid 1840’s, an undercover excise man, attempted to befriend a young contrabander. Filling the young man with drink, the excise man gained his confidence and soon found out his occupation. The Excise man then arrested the young smuggler. Realizing his mistake, a struggle ensued and the young man escaped. However, the Excise man pulled his pistol and fired. There was a loud crack and then the young man slumped to the beach outside, dead. In essence, the lead shot hit him between the shoulder blades.

Peter Allan, witnessing this, took the young man’s tankard and consequently emptied it onto the floor. Then he said these words, “let no man drink from this tankard from this day forth lest he be accursed”

He then placed a nail in the wall and hung the tankard there. A little while later the Pub saw a new landlord, Sidney Milnes Hawkes. One morning when Sidney was clearing up, he decided to give the tankard a clean. Of course, this may have been after the previous nights business. As he was doing so, a loud noise came from outside. Sidney left the tankard on the bar and went outside to investigate but found nothing.

When he returned, to his astonishment he found the tankard full of beer. So, from that day forth Sidney took to filling the tankard on an evening and leaving it over night. Thus, it became a tradition that has carried on ever since. Sometimes the tankard is emptied, sometimes half emptied, sometimes it is untouched. But, there are certain rules governing the tankard. For example, no one may touch it save the landlord, and to break the rules seems to precipitate misfortune. 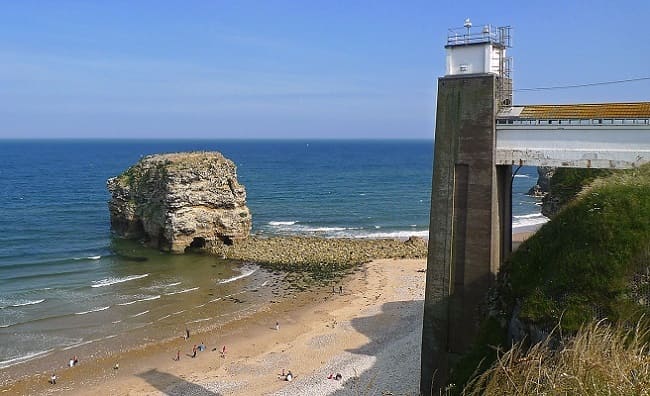 View from the top of Marsden Grotto to the rock.

Obviously, we need to explain the other tale of the hauntings of The Marsden Grotto. This is because, these tales can become confusing over the years. Indeed, some stories cross-over between one and the other. So, lets examine the other story.

In this case, we tell the tale of John the Jibber. In essence, people believed he was selling information to HM Customs and his fellow criminals didn’t like this. So, they put him in a barrel and hung it in a cave close to the present lift shaft. Obviously, he died of starvation.

We have no name of the lad in tale one, but it may be the same as that in tale two. This is because, some things become vague over time. Obviously, both stories could be true, but equally they could be variations of the same one. Whatever the truth is, hauntings and strange things still occur to this day.

There were flash-floods in the area recently and an increase in poltergeist activity. Then there was the dramatic collapse of the arch at Marsden Rock which stands just yards from the Marsden Grotto Pub. 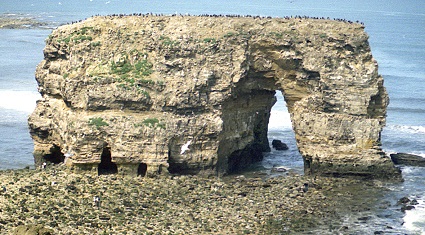 Marsden Rock – before the collapse 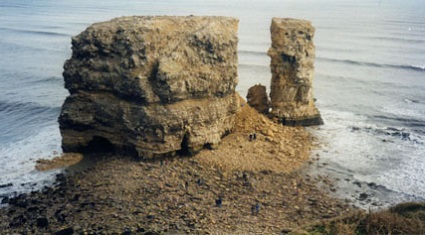 Marsden Rock – after the collapse

What are your favourite memories of the Marsden Grotto, the rugged coastline and the rock? Let us know in the comments box below. Wearside Online focuses on our local communities in and around the area. So, if you wish to add other stories to our massive local catalogue, use this form.

Alternatively, why not start posting in the massive Sunderland Message Boards (SMB). The Sunderland Forum is for all local people from around the Wearside area and is ‘family friendly. Therefore, our websites are suitable for everyone.

Finally, here is a video with further information about the old building at Marsden.