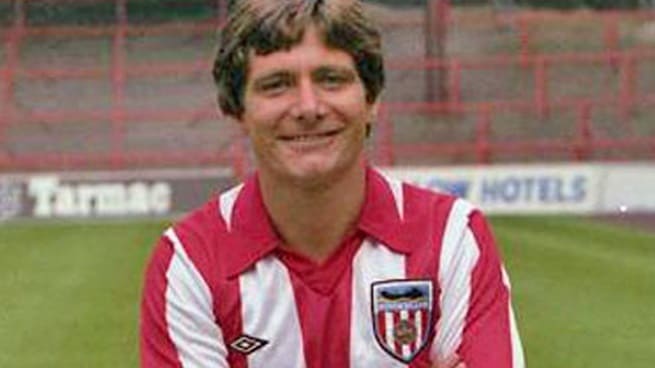 Bobby Kerr, who was in the same team, was also in shock after hearing about Buckley’s death. Former Black Cats captain, Bobby Kerr says, “I’d never really heard much about him since he stopped playing”. Furthermore, Bobby continues, “he was a quiet lad but a very good footballer”.

Mick Buckley was indeed a fine, hard-tackling midfield player. He came to Sunderland from Everton after a bargain £80,000 transfer. Jimmy Adamson, manager of the Black Cats then, saw a lot of potential in the player and played him regularly. After all, Buckley did play 135 times for Everton, scoring 10 goals.

While at Everton, he rejected the advances of both Manchester United and Manchester City. This is despite Buckley being born in Manchester on the 4th November 1953.

Unfortunately the next Sunderland manager, Ken Knighton, didn’t play him that often. However, Mick served under three managers at Roker Park and Alan Durban played him far more often than his predecessor.

After Sunderland, the hard-tackling midfielder then moved on to Hartlepool, Carlisle United and Middlesbrough.

Mick died a few weeks before his 60th birthday after a long illness.

What are your memories of this fine Black Cats’ star? Can you remember how he played and did you admire his style? Let us know in the comments section below.

Alternatively, you can make a comment in the Sunderland Message Boards (SMB). Our large Sunderland Forum is a place for all the family. This is because we only accept posts from responsible people.