To begin with, Monkwearmouth Station came about from a design by a local architect, Thomas Moore. However, its Greek and Roman classical lines were by George Hudson. 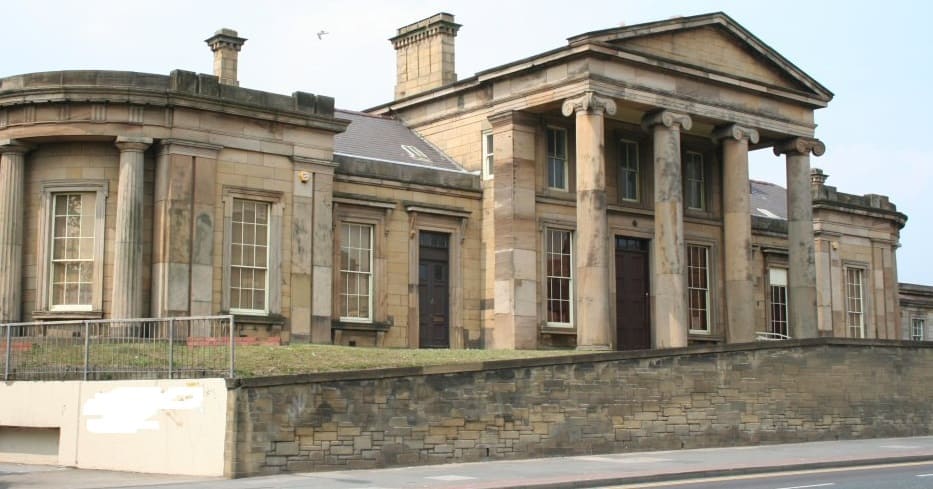 Thomas Moore, was ‘the father of his profession’ and was a very talented indeed. Of course, Moore was a local man who saw how important Sunderland was becoming. Indeed, Moore had already designed many individual mansions for prominent people. So, Monkwearmouth Station, close to St Peter’s Church (AD674), was always going to reflect the significance of the area. 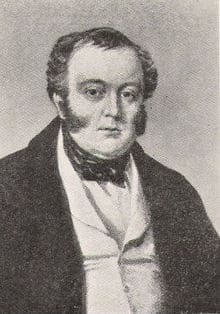 In contrast, George Hudson was born in Howsham, a small Yorkshire village in 1800. Hudson was also a commoner with no links to the aristocracy whatsoever. But, Monkwearmouth Station looks like a homely building fit for those with status. In other words, the station frontage could easily look like a stately country mansion with a little imagination. With this in mind, Thomas Moore and George Hudson created a charming building fit for a king.

George Hudson became a leading political figure, in fact, by 1845 he represented Sunderland in the House of Commons. He also had the nickname ‘The Railway King’ and was overseeing many railway projects. As a matter of fact, investors backed him all the way while the new railways mushroomed in this period.

Hudson’s bubble would burst when investors rushed to get their money back. They did this because at the time, people were investing far too much into the railways. In fact, railway projects in the UK at the time accounted for around 50% of all investments. Moreover, the Railways Act of 1844 saw more central control over the runaway railway companies and their activities.

Obviously, more central control meant a tightening up of these investments. Be that as it may, Hudson managed to repay a lot but became broke in the process. As a matter of fact, he would leave the country on occasions to avoid court action through his bankruptcy. However, Hudson had to serve time in the debtors’ prison in 1865. But, when his friends came up with the money to pay off his debts, Hudson became a free man again. He then retired to London where he died in 1871. 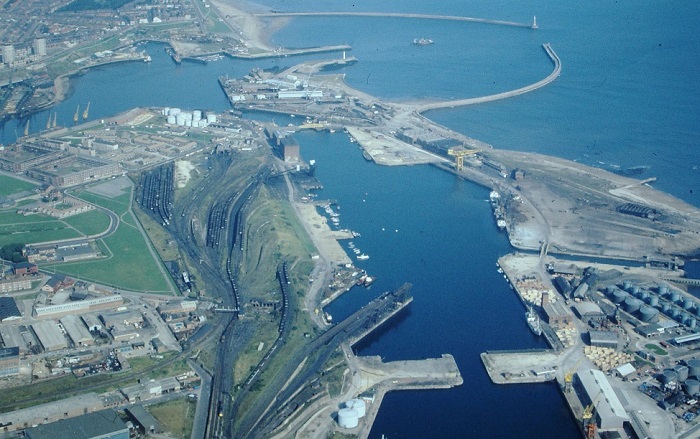 But, Hudson also was responsible for the building of the South Docks in Sunderland too. Of course, Hudson came to Sunderland at the right time during the industrial revolution. So, we have a lot to thank him for due to his foresight and hard work. Therefore, he is a Sunderland hero who provided employment for thousands of workers. Of course, Wearside has many landmarks to this day because of him. 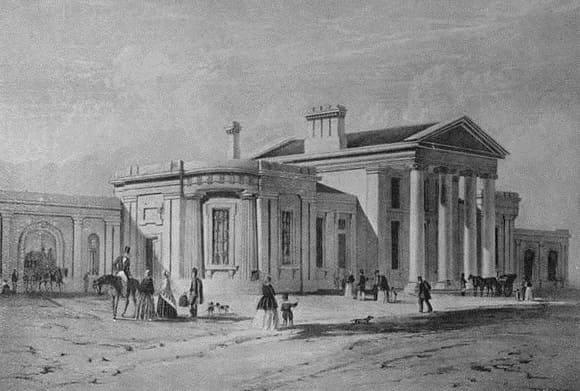 The people of Sunderland take the Monkwearmouth Railway Station for granted of course. However, its architectural splendour makes it one of the most elegant buildings of its kind in the country. Moreover, Monkwearmouth Station looks for all the world like the natural habitat of the ruling aristocracy, a grand country mansion. Still, its grandiose appearance gives us a look into a period of time when design meant a lot.

Although it is not a large building, the outside view makes it look this way. There was a ticket office of course and even accommodation for the station master. Obviously, there were waiting rooms, one each for first and second-class passengers. The platform also had a glass roof held in place with iron frames and supports. Indeed, the glass came from local glass maker, James Hartley.

A comment by the late Sir Nikolaus Pevsner, architectural historian, said: “If one does not mind a railway station looking like a Literary and Scientific Institution or provincial Athenaeum, Monkwearmouth is one of the most handsome stations in existence”.

Monkwearmouth Station closed in March 1967 due to falling passenger numbers. However, Sunderland Corporation bought the station soon after. Then, after a restoration period, it reopened to the public in 1973 as a railway museum. Of course, this preservation measure ensures that the elegant building remains accessible to our future generations.

Obviously, Monkwearmouth Railway Station is one of Sunderland’s most important old industrial buildings. Moreover, whatever happens in the future, this building’s importance will ensure that it remains for all to see. Indeed, its prominent position on the north end of the Wearmouth Bridge (North Bridge Street) is a sight to behold. Moreover, it is on one of the main arteries into and out of Sunderland City Centre. Therefore, tens of thousands of people pass it daily.

Generally speaking, Sunderland transport system is developing all the time. Therefore, the arrival of the Tyne and Wear Metro Rapid Transit System was no surprise. However, its arrival was a good 20 years after the system opened on Tyneside. But the reasons why are many fold. Firstly, we have to understand that people who had most say in the bus operations in Sunderland had much clout. Indeed, their concerns about the impact that the Metro would have on local transport jobs was overwhelming. Therefore, the pilot scheme, which would have saw the Metro operate in Sunderland first, was over before it started!

However, the light tram system did arrive in 2002 and it runs on the old Sunderland to Newcastle railway lines.

So, it passes through the old Monkwearmouth Station. 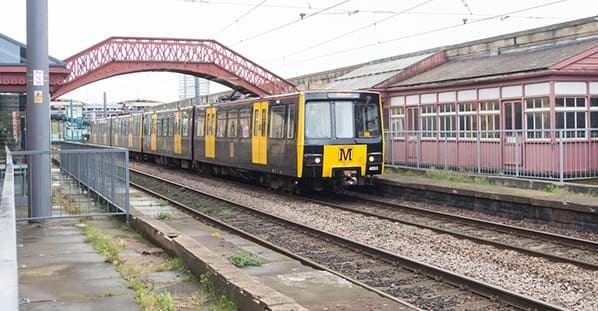 The old station could have been a stopping point for the Metro but they decided to build a new station. Called St Peter’s, the new station is indeed only a stone’s throw away from Monkwearmouth Station. With this in mind, travellers manage to see the platform of Monkwearmouth Station as the Metro passes through. Of course, the Metro system shares the railway line through Sunderland with ordinary rail services too. 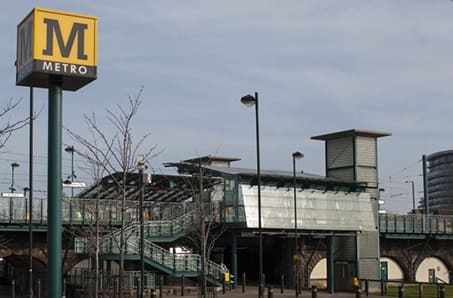