Murder At The Mill

To begin with, Sunday the 8th August 1830 was a nice hot sunny Sunday day in mid-summer. 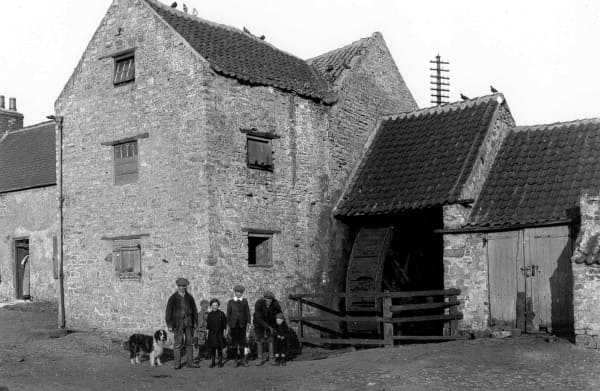 Murder At The Mill – Pittington

On this Sunday morning, the owners of Hallgarth Mill in Pittington, wealthy farmer Stephen Oliver and his wife, decided to go to Durham and spend the day with relatives. Working for the Oliver’s were 19 year old Thomas Clark and pretty 17 year old Mary Ann Westhorpe. They also lived at the mill.

Before the Oliver’s left the mill on the Sunday morning, Stephen put £130 in his pocket. Then he left nearly £40 in silver and sovereigns locked in a draw in his bedroom. As they were leaving they told Thomas and Mary to keep working until they returned home. Mary spent the morning carrying milk to Pittington. Thomas, on the other hand, spent his time watching the other teenagers enjoying themselves in the nearby stream.

Getting more and more bad tempered with the heat of the day, a group of girls heard Thomas shouting at Mary to let the pigs out to feed. When Mary had said she had already done it, Thomas had yelled back at Mary, not to speak unless spoken to or he would be straight with her by the evening.

What happened next we don’t know, but at six o’clock Thomas was in fields nearby the mill bending down. Then as he stood up, he walked towards Sherburn where he walked into two pit-men. Furthermore he had a bloody face and his shirt had rips on it. One of the men asked, ‘Canny man, what’s the matter with you’?

Thomas told them that six men forced their way into the mill and attacked him and Mary. He escaped after one of the intruders took a poker to his face, but his concern was about Mary. Indeed, she might be dead and he needed help to find out more about the incident.

Murder At The Mill

The two pit-men went with Thomas to the mill, but could not get in the door. They pushed harder and then opened the door enough for them to look inside. Mary’s body was lying with her head smashed in and her throat cut from ear to ear. Beside the fireplace was the poker covered in blood and also a kitchen knife.

The Oliver’s returned to find constable Anthony Smith and a crowd gathered around their home. When the Olivers done a search, they saw that the draws in their bedroom were broke. Also, their savings were missing too. When questioned, Thomas told the constable that he and Mary answered a knock at the door to a tall Irishman wanting a light for his pipe. When they had opened the door further to let him in, five more Irishmen pushed their way in and attacked him and Mary with knives and pokers.

After they beat him around the head, his escape from the mill was without any cuts or bruises. Thomas said that all the men were wearing sailor jackets but no one else saw these men. Furthermore, they escaped without trace. They did however find the box with the missing money in the field where Thomas was bending down at around six o’clock, so he became the suspect.

It was then assumed that while the Oliver’s were gone, Thomas was going to steal their money, but Mary must have seen him. Being caught for robbery would have meant transportation for life to Australia, so he decided to keep Mary ‘quiet’ and hide the money until later. On Thursday 25th February 1831, 19 year old Thomas faced trial at Durham court.

Due to large interest in the case, the court was full to overflowing. After more than 40 witnesses and two days, the jury retired to consider their verdict. It took them just 22 minutes to come back with a verdict of guilty. Thomas showed no emotion as Mr Justice Littledale placed the black cap on his head and sentenced him to death. The judge also told Thomas, ‘Your time in this world will be short and I therefore exhort you to make the best of it by praying for mercy at the hands of the Almighty’. 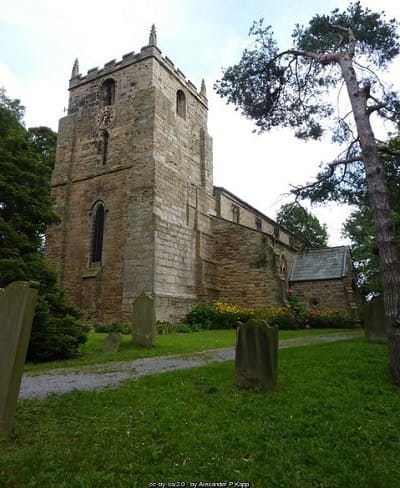 The time for Thomas was indeed short because his execution was due for Monday. As this was a public hanging, more than 15,000 people were there to watch.

At midday Thomas was led sobbing to the scaffold. As the rope went round his neck, the crowd went quiet. Thomas then said, ‘Gentlemen I die for another man’s crimes, I am innocent’. Then the trap door opened and Thomas went down.

Still, his punishment was not over yet. In accordance with the customs of the time, surgeons took his body for dissection in the name of research. They then returned the body days later to friends for burial.

We present the above story ‘as is’, therefore, you are able to draw your own conclusions. Since we encourage visitors to join in, why not comment on this Murder At The Mill article.

We also have the massive Sunderland Message Boards (SMB) for further social interaction with other locals. In effect, our forums are for anyone who wishes to join in with local issues from around our region. So, pop over to the Sunderland Forum today and have your say.