Indeed, Niall Quinn is now a Freeman Of The City of Sunderland. Moreover, Niall says he is happy to gain such an honour. In fact, it was a ‘mad few minutes’ before he said yes to the award.  He says, “I might be able to run sheep across the Wearmouth Bridge, but, seriously, we might be able to do something charitable in the future, so that’s something we are looking at”.

He also continues with, “this city is unique and a wonderful place”, after he received his honour at Sunderland Civic Centre recently. 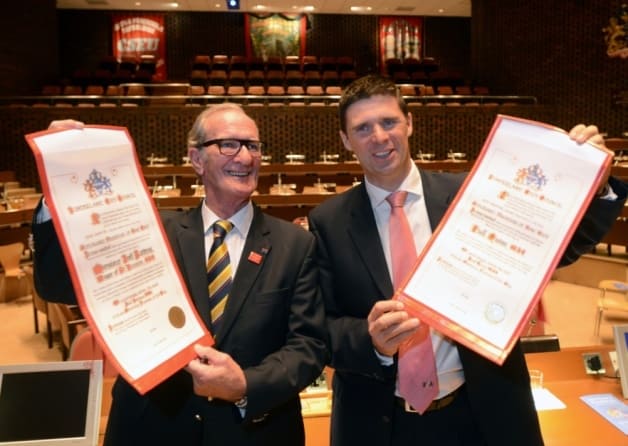 Niall Quinn indeed is already a great ambassador for Sunderland. Now he is a Freeman of the City.

In effect, Niall Quinn has an association with Sunderland for 17 years. Not just in footballing terms with Sunderland AFC, but his generosity and charity events as well. Indeed his testimonial match at Sunderland and ‘A Night With Niall’ was responsible for raising £1m.

Moreover, he donated £450,000 of that to Sunderland Royal Hospital. In fact, it is the children’s outpatients’ department which took the benefit and now has the name, ‘Niall Quinn Centre’.

Also given the same status is Joel Batteux, who is the mayor of Sunderland’s twin city of St. Nazaire in France. All in all, these two new freemen of the city can now promote Sunderland in many ways.

The Wearside Online team wish them both well in their endeavours. So, what do you think about Niall Quinn and this award? Let us know in the comments section below.