Wearside Online normally concentrates on the local area around the River Wear, of course. However, many people like a good story if it involves ghosts. So, some of the stories here come from around the north of England. But, around 50% are from the area around the City of Sunderland. Of course, if you know of any other ghost stories or mysteries, drop us a line.

This section on mysteries, hauntings and ghosts is quite large, so there are many pages. Therefore, to see all of them, remember to click all the pages below.

By the North Tyne stands the 14th century Haughton Castle. People say that the ghost which haunts it is the notorious clan chief, Archie of the Armstrong family. Centuries ago the Lord of Haughton Castle, Thomas Swinburne, captured and imprisoned Archie in the dungeons. However, he forgot to tell anyone to give his prisoner any food and water. 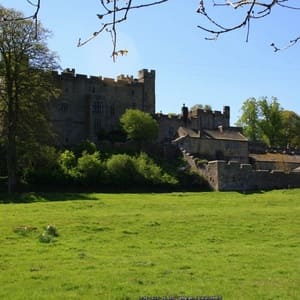 While at a meeting in York a few days later, Swinburne remembered about his prisoner only because he found the keys to Archie’s cell in his pocket.

Thomas Swinburne panicked and quickly left the meeting to gallop his horse all the way home back to Northumberland. Unfortunately he was far to late to save Archie Armstrong. There on the cell floor lay the horrifying sight of Archie’s dead body. In desperation for food, Archie had gnawed the flesh from his own arm. 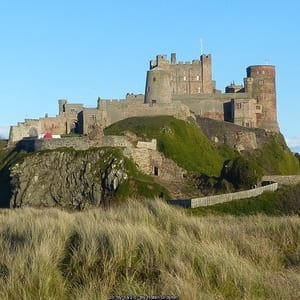 People say that the ghost of a young girl haunts this impressive coastal fortress in Northumberland. Indeed, visitors have reported seeing her descending some steps near the clock tower, carrying a bundle in her arms. People say that she stumbles and then cries out when they see her falling down the steps.
The sound of heartless laughter is said to come from the top of the steps. However, when people go to the girls aid, they find no trace of her or the bundle she was carrying.

The explanation people usually give is that a local girl called Jane, who came from a poor family, had to go there to beg for food. There, she was subject to taunts by the guards who refused her wishes. Weak with hunger on her way down the steps, she collapsed and fell to her death, along with the baby she was carrying. The ghost has the name of Green Jane due to the striking colour of her cloak.

Indeed, here we have a little information about two ghosts from the Beamish area.

Firstly, people say that the ghost of the ‘Grey Lady’ haunts Beamish Hall. She also appears near Beamish Burn from time to time. This was after she suffocated in a trunk she was hiding to avoid an arranged marriage. The family involved are also related to the world famous Bobby Shafto.

Secondly, people say that the ghost of ‘Wandering Willie’ haunts The Sun Inn at Beamish. He allegedly hung himself after a broken love affair. When the pub was dismantled and taken from Bishop Auckland to be rebuilt at Beamish museum, Willie moved with the pub.

A long time ago, a wandering minstrel called in to Bellister Castle, Northumberland. There he took up the offer of food and a bed for the night. However, the Lord of Bellister was suspicious of his visitor and thought he was up to no good. Indeed, the more the Lord watched the minstrel, the more convinced he became that he was right. 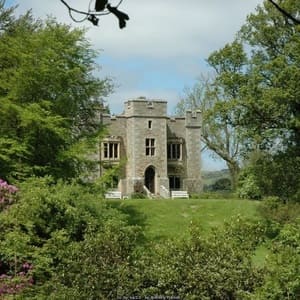 The minstrel, well aware of the Lord’s hostile attitude, thought it would be better if he left the castle. So instead of going to the prepared room, the minstrel slipped outside where he felt more safe. This was to be a terrible mistake by the minstrel. This was because the Lord of Bellister thought he would act on his suspicions.

When the Lord and servants caught up with the hounds it was too late, the hounds had ripped the minstrel to pieces. People say that Lord of Bellister spent the rest of his life with visions of the minstrel pointing an accusing finger at him. The locals still insist that at night they hear the baying of the hounds and the terrified shrieks of the Old Man of Bellister.

This story has its very own page now – click here. Although this story is all about a ‘vampire’ we are sure there are many ghosts in the Berwick area. If so, tell us!

The title of this section is North East Ghosts, however, Carlisle is in the north west of England. Therefore, this is the exception that proves the rule!

Carlisle Castle, built in the 11th century, was also the jail for Mary, Queen of Scots. It holds a mysterious ghost that once appeared to a soldier in 1842. When he lunged at the figure with his bayonet, the figure disappeared. The soldier died several hours later of shock after telling his comrades what had taken place.

Obviously, Carlisle Castle has a great history. So, if you know of other ghosts from the area, contact us and we may update this article.

Since we already have a full story about one of the most famous of all ghosts, we will not duplicate the content here. So, for more information about this cheeky chappie, click here.

One Response to North East Ghosts