East End Of Sunderland – Did She Or Didn’t She?

Holy Trinity Church in Sunderland’s East End has many stories to tell of course. But one of the oldest and most famous happened on Thursday 23rd February 1848. An 18 year old Sunderland seaman called Cairns was out at sea on his brig, the Myrtle, when he said the ghost of his recently deceased sister appeared to him. 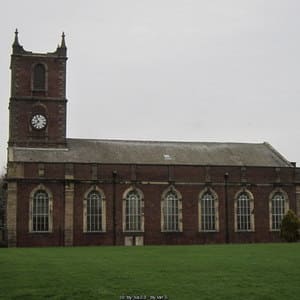 She had told him that she would return again in a few days. Then, she would tell him things of importance which he could tell no one, except her husband. While the Myrtle was in the dock at Sunderland, she told her brother to keep vigil at her grave on Thursday 23rd. Of course, people found out and hundreds of curious people gathered at Holy Trinity for the manifestation.

When midnight struck on the church clock, all went quiet. When the sound of the last bell peal faded, there suddenly rose from far off a melodious sound which lasting for some minutes. This was accompanied by a searing bright light that bathed all there in its glow.

When the dark and silence returned to the church yard, the people started to walk away, some saying they had expected more and some saying it had been a cunning hoax. The bright lights had been fireworks and the music a distant accordionist. On the whole, most people there were convinced that what they had seen was a visitation from the other side. This includes some clerics. But what we will never know are the secrets that Cairns took to his grave, if any.

Since the old East End of Sunderland has a lot of rich history, let us know of other ghosts from this area.

Over 200 years ago, the owner of the Cross Keys pub in Alnwick, suffered a heart attack. This was while he was changing the display of bottles in the pub window. People say that he cursed the bottles as he died. 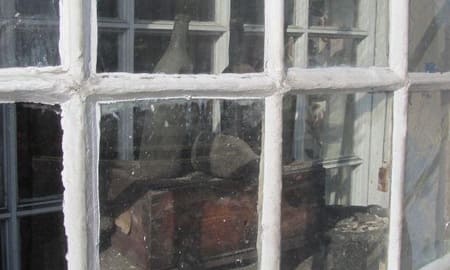 A few years later, the bottles were moved again, only for the same fate to befall the person concerned. The bottles have remained there ever since, untouched, covered in dust and cobwebs. Why not pay the Dirty Bottles of Alnwick a visit.

In December 1947, an inmate murdered a fellow prisoner in the main wing of Durham Prison with a table knife. One morning, shortly after the murder, wardens discovered a prisoner in the same cell cowering in the corner, gibbering in fear. After the warders calmed him down, he told them he had seen the entire crime re-enacted in front of his eyes.

After objections from several other prisoners who could not force themselves to use the cell, the prison stopped using it. Later, the cell became a storeroom. 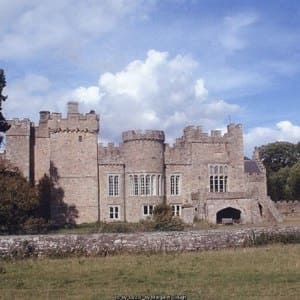 Three miles from Haltwhistle, on the east bank of the South Tyne, stands Featherstone Castle. However, it is the woods that the ghost haunts, not the castle. Abigail was the beautiful daughter of the Baron of Featherstone, she was to be married to a rich nobleman of her fathers choosing, and she was told not to see the man she really loved ever again.
She married the nobleman in the castle chapel. As was their tradition, the full bridal party were to ride around the boundary of the castle after the ceremony, to return to a banquet held in their honour.

Unknown to the Baron, who was waiting at the castle in the Great Hall for the return of his guests, Abigail’s lover was waiting in the woods to ambush the party. This was so he could rescue Abigail and they could escape together. As the hours passed with no sign of the bridal party, the Baron sent his men out to look for them, but they couldn’t find them anywhere. So the Baron sat in the Great Hall and waited.

On the first stroke of midnight, they heard the sound of the castle drawbridge and horses in the courtyard. Then, in total silence the bridal party filed into the Great hall and sat at their places. As the Baron looked at his daughter and friends white and frozen faces he realised they were ghosts. The baron in his shock screamed and then fainted, just as the bridal party vanished.

They killed everyone during the ambush, even Abigail herself. People say that the blood flowed into a hollow stone that now has the name, ‘The Raven’s Stone’. The Baron apparently never recovered. He never spoke again and became paralysed for the rest of his life. On the anniversary of the fateful ambush, they say that you can hear the sound of hooves and harnesses as the bridal party ride through the woods near Featherstonehaugh.

Close to St Peter’s Church, Monkwearmouth, was Hallgarth Square, here there had once been some stables which had been converted into rooms. A miner and his family lived in fear when they took up residence there. Each night as they lay in bed, they would hear the most unearthly bloodcurdling screams from underneath the house. 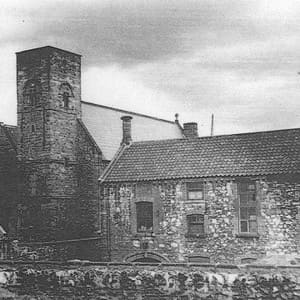 Witnesses also heard the screams. However, demolishion of the building soon followed.

While searching among the foundations, they found the answer for the frightful screams. They discovered that at one time, on the same site, there had been a Benedictine Monastery. Underneath this was a burial site for some of the monks. It should have been a last resting place and refuge for the monks. However, the area was swarming with river rats who were squealing in hunger as they tore into the remains of the monks after burial.

Locals say that Lady Blenkinsopp haunts Blenkinsopp Castle, next to Haltwhistle on the South of the Tyne. As a young man, Lord Bryan Blenkinsopp boasted he would not get married until he met a young woman who owned a chest of gold so heavy, that his ten strongest men could not carry it. 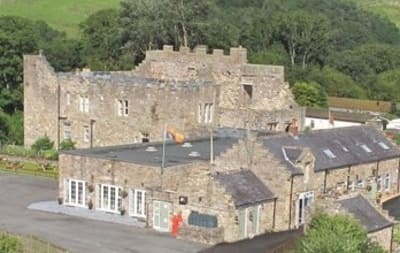 While he was abroad fighting in the Crusades, Bryan happened to meet such a young woman.

Lord Blenkinsopp brought the young lady back to England. They married, and hoped to live happily ever after, but this was not to be. When the new bride learned about her husbands boasts, she became certain he had only married her for her money.

So, the Lady hid her treasure chest in the grounds of Blenkinsopp Castle where her husband could not find it. Her husband became bitter when he discovered what she had done. Whether hurt or humiliated by his wife’s lack of trust, the Lord left the castle and he would never return.

His wife, now regretting what she had done, made every effort to find her husband. But she could not find him anywhere. The Lady died a remorseful and lonely woman. Some say her ghost occasionally haunts the grounds of the ruined castle where she waits to show the way to her buried treasure. Some people believe that her spirit will not rest until someone discovers her treasure and removes it from its hiding place. 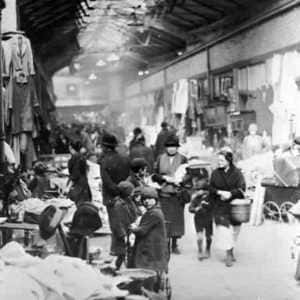 The old Arcade in High Street was a busy place for shopping at one time in Sunderland, of course. But the talk amongst the shopkeepers would be the ghost who walked round the upstairs store rooms. On one occasion, a security guard and his Alsatian dog had gone upstairs to investigate the rooms when the dog’s hackles rose.
It was as if the dog could see something the guard obviously could not. The dog began to whine and then it ran back down the stairs as if the devil were after it.

The aythorities demolished the arcade and the British Telecom offices and exchange are now on the site. Reposts suggest that some telecom staff have seen a strange man walking round the building late at night. But he vanishes when they challenge him.