The date is 1972, in Springwell Road, Sunderland. The nana of the family had been dead for some three months. Then, one of the boys started to see her at the top of the stairs every night when he was going to bed. He said he could see her and she only disappeared after his little sister appeared. He became so scared that after that, he used to make someone go upstairs with him when he went to bed.

The Robbie Burns Inn, in Newbottle Street, also has a ghost which haunts it. Indeed, in one incident, a landlady said she came under attack by unseen hands in the cellar. Also, upstairs there have been sightings of a lad with fair-hair. Then there are sightings of an old lady that dresses in black and a man drifting round the bar. In essence, some believe the man drifting around the bar is the ghost of a barman. In this case, he died in an accident in 1876.

Indeed, the beautiful Raby Castle, County Durham, is home to quite a few ghosts. However, here we highlight just three of them. But if you know of others, let us know.

Some people say that they saw the ghost of Charles Neville, 6th Earl of Westmorland, in Raby Castle floating upstairs to the Baron’s Hall. In 1569 he sat at the head of a huge table and planned the Rising of the Northern Earls. His company had decided against it when Neville’s wife stormed into the hall. She called them cowards and knaves and that they would not dare fight for their faith. 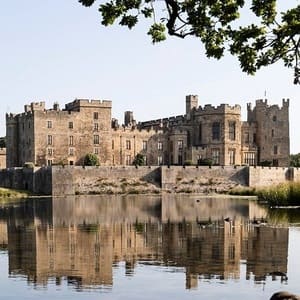 So, angered by her foolish words, they did fight and lost. Charles Neville fled to Scotland and then on to Holland. The Neville’s lost everything they owned including Raby Castle and their titles.

Charles Neville now lies buried in Dutch soil by day, but all night and every night, he is back at Raby Castle. Henry Vane the Younger is another ghost with a grudge from the grave. He was imprisoned when the Stuarts returned to Raby Castle under a trumped up charge of treason. He was found guilty and sentenced to be executed.

They wouldn’t let him speak to his people at the execution and the sheriff ordered the trumpeters to blow loud so that people could not hear the sound of his voice. He was still speaking when his head rolled off. Now, people say that Sir Henry sits at his desk writing every night in the library of Raby Castle.

There is something strange about him of course, his body ends at the shoulders. Indeed, his head sits on the desk facing him, and the lips move as if dictating a letter or making a speech. Raby Castle’s most often seen ghost is that of the first Lady Barnard, people also call her, ‘Old Hell Cat’.

People say that she is a fearsome old lady who stalks the castle every night with wild glowing eyes. They also say they see her knitting with white hot needles, as she thinks and remembers how her son Gilbert married against her wishes.

Such a Tale From South Shields

In a house in Thrift Street, South Shields, a servant girl on her way down to the cellar one night, was shocked and amazed to see what she called an ‘ancient lady’. The lady asked the servant girl to return the following night and she would hear something to her advantage, if she returned without her candle.

The next night, the servant girl decided to return to the cellar, but she still took her candle for safety. When the girl got to the cellar, the lady told her that if she had not brought the candle she would have told her such a tale. However, because the girl had returned that night as asked, the lady decided to give the girl something anyway.

South Shields, of course, has a lot of history. So, tell us if you know of other north east ghosts from the South Shields area.

The Empire Theatre, in High Street West, Sunderland, indeed has a ghost called the White Lady. Moreover, the ghost frequents the bar area. As a matter of fact, one barmaid said she heard doors banging. And she also said she’d heard unseen people walking about and she felt an ice cold presence. 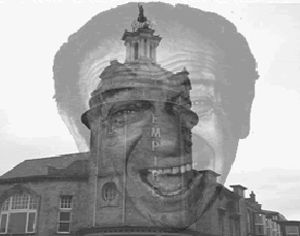 Of course, many people believe that the ghost of Superstar, Sid James haunts the Empire Theatre. This is because while he was performing in Sunderland, he died. Indeed, another famous star, Les Dawson insists that he had a strange experience there.
If you know of other ghosts to haunt the Sunderland Empire Theatre, make a comment or two below. Alternatively, post an article in the massive Sunderland Message Boards (SMB).