The Lovers From Northumberland

Just south of Haltwhistle, Northumberland, is Knarsdale Hall. The laird was a middle-aged man with not a lot to offer. However, his parents gave him permission to marry a young and beautiful wealthy girl, to which the girl did not agree. The marriage went ahead, but due to the arguments, it was not a happy marriage. After awhile, the girl seemed to calm down, and to her husbands relief seemed to accept her life and her husband. 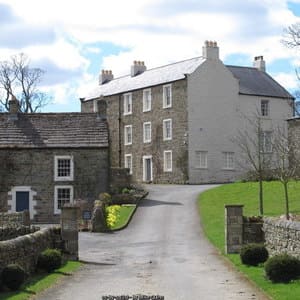 This was not the case however. The girl’s change was because of an affair she was having with the Laird’s handsome young nephew. He had grew up in the hall along with his sister.

Their affair continued undiscovered for quite a while until one day his sister caught the lovers embracing. The sister had no intention of saying anything as she loved and wanted to protect her brother. But that was not enough for the lovers, they thought that she would tell the Laird. So they planned to kill her.

Just as she was about to close the door, her brother who had been waiting for her, pushed her into the overflowing pond and held her until she was dead. He then threw her body into the middle of the pond to sink.

The Laird who was feeling guilty for sending his niece and worried she had not returned upstairs on such a stormy night, was about to get up to go and find her. However, his wife convinced him that she would be back in her room asleep. Obviously, he was not to know that his wife and nephew had planned to murder his niece, so the Laird went back to sleep.

Awoken by the sound of his dogs howling, the Laird sat up in bed to see his niece standing by the fire soaking wet and trying to wring the water from her long hair. As the Laird started to speak to her, his niece disappeared. The nephew also went missing that night and nobody ever saw him again. People say that the wife’s guilty conscious caused her to suffer brain fever and when she started ranting and raving, told some of what had happened to the niece.

Due to what the wife had said, the pond was searched and the body of the niece was found. Not long after, the wife now raving mad, died. On the anniversary her death each year, some people claim to see the ghost of the Laird’s niece moving from the rear door of the Hall to the pond. Indeed, the old door she had tried to close that night would burst open on its own and crash on its hinges.

The Ploughman And The Flower – A Bedlington Ghost Story

The following ghost story is one of the longest in our north east ghosts section, but is very intriguing.

In Bedlington, near Blyth, Northumberland, England, lived a very rich but very mean natured couple. Their only daughter was so beautiful, she had the name ‘The Flower of Bedlington’. She was in love with James Robson, a young man who loved her deeply. People liked James, who also had manners and was hard working. But, her parents disliked him as he was very poor and worked as a ploughman.

Her parents wanted nothing to do with James and tried all they could to split the couple up, so that she would marry a rich man that they chose. However, nothing the mean parents did could keep the couple apart. So, in a final attempt to separate the couple, the parents sent the girl to live with her uncle at his farm in Stokesley, North Yorkshire.

The couple said a tearful farewell and pledged their love, indeed, the girl pledged:

“of love and truth through life sincere,
nor death should part,
for from the grave,
short time should the survivor save.”

The separation devastated James and in less than a week, with a broken heart, he died. This delighted the girls parents and they already had a wealthy suitor they planned to marry her to at once. The day that James was buried, the parents had everything arranged to collect their daughter from Stokesley and bring her home to be married. They went to bed early so as to leave early next morning to fetch their daughter.

At midnight, on her fathers favourite horse, James arrived at the farm in Stokesley to meet his love. As he knocked on the door the girl called out and he said “Come quick love. Here is your mother’s cloak and hood and your father’s good grey mare, you are to ride home with me at once.” The girl rushed out followed by her uncle. The uncle was unsure at first, but when he saw the horse and clothes which he recognized, he let them go with his blessing, and off they went.

On the journey, James complained that his head hurt, so the girl wrapped her scarf around him saying, “My dear, you are as cold as lead”. As the moon came from behind a cloud the girl noticed that James cast no shadow but she and the horse did, she had no time to ponder the thought as they had reached her parents house. Gently lifting her from the horse James said “Your mare has travelled far, so you go in and as I’m able, I’ll feed and tend her in your stable.”

Knocking on the door, she called to her parents that she was safely home with James, thinking her parents had changed their mind as they had sent James to fetch her home. Her father hearing this started to shake with fright, obviously he knew that James had just been buried. He rushed to the stables to see who was there, only to find his horse covered with sweat from a long ride.

Inside the house, the mother told the girl the news of James’ death. With a sharp cry, the girl fainted and fell to the floor where the colour drained from her face and her whole body started to shake. Her parents carried to her bed where she lay still and white. Even the best doctors called in could find no physical reason for her condition, but it was clear she was fading away.

The only time she spoke again was to request she be buried in the same coffin as James. Filled with grief and remorse, her parents agreed, then a few days later, the girl passed away. After they opened the coffin, the parents saw the girls scarf wrapped around James, just as their daughter had told them on the night he brought her home.

The Spook of Houghton 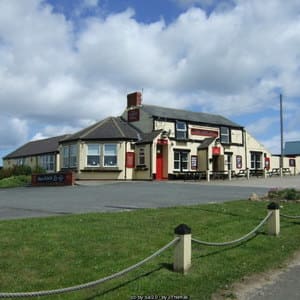 The Copt Hill Pub, in Seaham Road, Houghton, in the City of Sunderland is said to have a resident ghost. People say it is the ghost of a former landlord who hanged himself from a beam in the public bar.

Many customers claimed to have seen the vision of his dangling body and not around closing time either!

Obviously, if you witness any ghosts from the Houghton area including the Copt Hill Pub ghost, tell us!

The Toff Ghost in Monkwearmouth

In 1969, on a hot summers night in a terraced house in Zetland Street, Monkwearmouth, Sunderland. A couple lay in bed boiling hot, however, it was a complete surprise to them when the room suddenly turned icy cold. Then they were horrified when the ghost of a Victorian toff appeared through a wall, walked through their bed, and then disappearing into the opposite wall.

Washington Old Hall is best known as being the ancestral home of George Washington, of course. But it also has another claim to fame – the Grey Lady haunts it. People say that she haunts the upper floor of the hall. They also say that she wears a flowing grey dress. Some people claim to have also seen her crying. 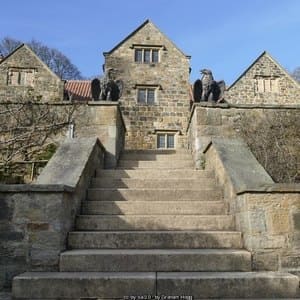 Washington Old Hall is now a National Trust property, of course. However, in recent years, some of the staff have mentioned the smell of lavender in certain parts of the building. Nobody has been able to identify who the grey lady is or might have been, or what might have upset her.

That obviously concludes Wearside Online’s investigation into some of the Ghosts from the north east area. In short, many are from outside of our Wearside and Sunderland catchment area. However, we thought it would be better this way because it’s good to see similarities between the stories.

Indeed, this is what they are – a collection of stories. Of course, many of the north east ghosts we mention here originate from centuries ago. So, some may have a spin on them. But, at least they survived long enough for us to record them.

Send Us Your Stories

Indeed, should you feel as if there are some north east ghosts that are not in our collection, let us know. In fact, you can submit your own articles by using the appropriate button above. Your posts should be in your own words, ie no copy and pasting because we do check. Most articles you submit should be over 200 words long. However, you can still send in short stories, especially about crime, mysteries and north east ghosts.

We also have a massive Wearside Community Forum where you can chill out. In short, it is a family forum for all. So we have a code of conduct which allows for a better atmosphere. However, anyone can join and post about any topic under the sun, including the subject of north east ghosts.

Finally, enjoy your stay at Wearside Online and make it your home, there is a lot going on here. Indeed, we ensure all our content is original. Therefore, you too can help us to keep a factual account of Wearside, from start to finish.