Paul Lemon To Put Medal Up For Auction

Paul Lemon To Put Medal Up For Auction

Embarrassing though it may be, but Sunderland AFC did find themselves in the old third division. Indeed, this was when Paul Lemon played for the club. This is the equivalent to the new League One which doesn’t make it sound too bad.

In fact, how can we ever forget that awful period in the history of the Black Cats! In effect, the lads only stayed in that league for a season and won it pretty comfortably. Obviously, the players got their title medals too. 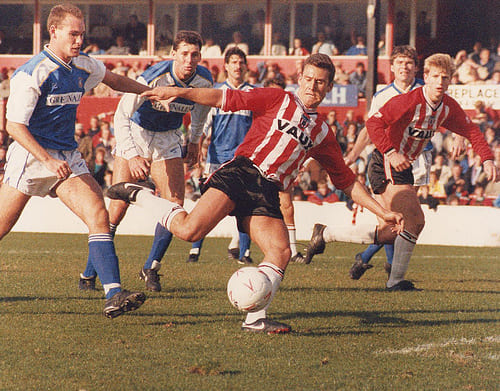 Paul Lemon on the ball, also in the picture is Marco Gabbiadini in their Sunderland days.

In brief, Paul Lemon was a member of the team back in those dark days of 1987/88. By the same token, he now plans to auction his medal on ebay. With this in mind, there is a reserve price of £1400 for the Barclays League Division Three Winners Medal.

Paul, born in Middlesbrough, made well over 100 appearances for SAFC. Furthermore, he managed a respectable 15 goals for the Wearsiders. Equally important, in the title winning season, Paul chalked up nine goals to play his part in the campaign. However, after five years at the club, Paul left Sunderland in 1989. All in all, we hope Paul gets a fair price for the medal. 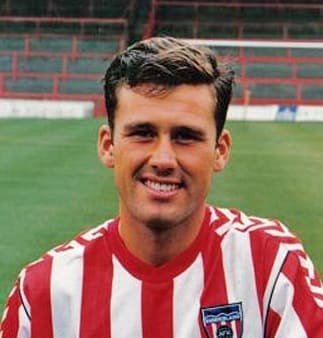 Just to point out that manager, Dennis Smith must have gave decent consideration to Paul Lemon as a player. This is because he gave the lad a lot of games.

To clarify, if you would like to buy the medal outright or make an offer click here. Indeed, if you have put in a bid for this, let us know. In fact if you did manage to acquire Paul Lemon’s medal, please tell us. Obviously you may do that here in the comments section at Wearside Online.

Alternatively, you may also tell us in the massive Sunderland Message Boards (SMB). The Sunderland Forum even has its very own Black Cats Chat section. So, pop over and let us know your opinions about Paul Lemon or the sale of his medal.