Fire of Fury: It was a calm peaceful summer’s night in Southwick, Sunderland, on the 21st July 1894. James Chilton, a 40 year old ships engineer, and his friend Thomas Fenton were returning to Mr Chilton’s home from the pub. Mr Chilton was of good character and they confined him to shore so he could study and improve his skills.

He was also unhappy with his wife Catherine’s behaviour. She was often worse for wear through drink, and the 3 children were often alone. The friends had a few drinks but were not under the influence. They got to the house, number 28 Wellington Street around 11pm. Most people, including the children, were sleeping. When Mr Chilton and his friend Mr Fenton walked into the house, it was to find Mrs Chilton drunk and hysterical.

The argument that followed was so loud that it woke the children up. The children aged 16, 11 and 4, frightened by their father shouting, ‘I’ll give you hysterics’, walked in to see him throw a bucket of cold water over their drunken mother trying to calm her down. Unfortunately it had the opposite effect.

Now soaking wet and in a fury, Mrs Chilton grabbed a paraffin lamp that was burning nearby and threw it at him. The lamp smashed against him and as it exploded, engulfed him in flames. As his blazing figure staggered out into the street the screams of his children and himself were so horrifying the neighbours came rushing out to see what had happened.

As the flames leaped into the night sky passing police sergeant Frazer rushed to his aid. Mr Chilton’s face was burned beyond recognition and his shirt burnt off his body. The flames had been so bad that sergeant Frazer received severely burnt hands just putting the flames out. As the neighbours ran for help Mr. Chilton lay on the ground writhing in absolute agony.

They took Mr Chilton to Monkwearmouth and Southwick Hospital. But they didn’t expect him to last the night. However, he survived for 2 weeks before dying on 1st August of tetanus. As Mrs Chilton was under arrest, their 16 year old daughter Jane had to identify the body of her father. The next day, police charged 36 year old Catherine Chilton with murder. On November 22nd 1894 before Durham Assizes, dressed in black, all Mrs Chilton could do was cry uncontrollably. 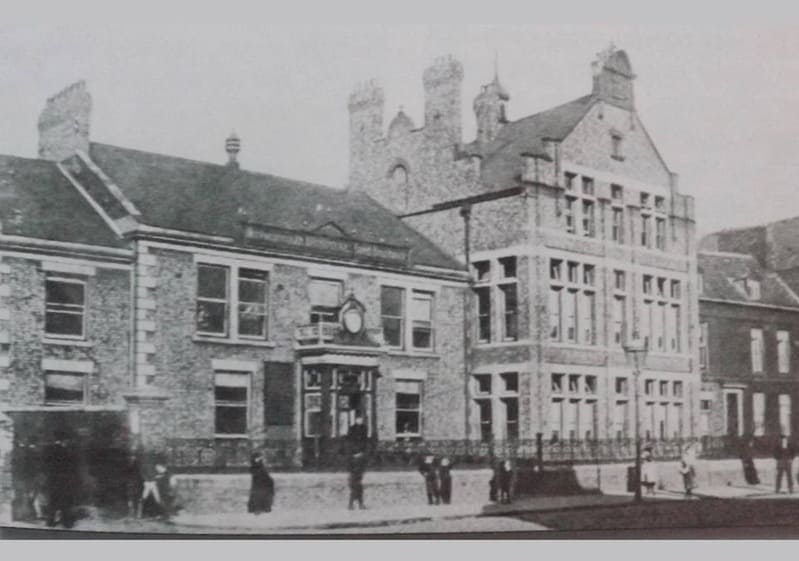 On the 24th November the jury found her not guilty of murder but guilty of manslaughter. Hearing the prisoner was expecting a fourth child to her now deceased husband, the judge delayed sentencing until the next day. The judge decided that with such hard labour as her condition allowed she was sentenced to 12 months in prison. There is no other information available about Mrs Chilton or her family during her imprisonment or after her release. But it is still one of the most tragic cases in Southwick’s history.

You may make a comment below about this Fire of Fury story if you so wish. However, you may like to create a new thread in our massive Sunderland Message Boards (SMB). The Sunderland Forum is an active local online community where you can socially interact with others. So, pop over today and have your say about any topic under the sun.