To begin with, Sunderland International Airshow is the biggest free annual airshow in Europe. Spread over three days, of course, the event takes place in Roker and Seaburn. In this case, it is usually the final weekend in July on Friday, Saturday and Sunday.

Locally known as The Airshow, this is Sunderland’s biggest and most high profile event due to its international appeal. Indeed, around one million people visit Sunderland’s twin resorts to witness the spectacle. 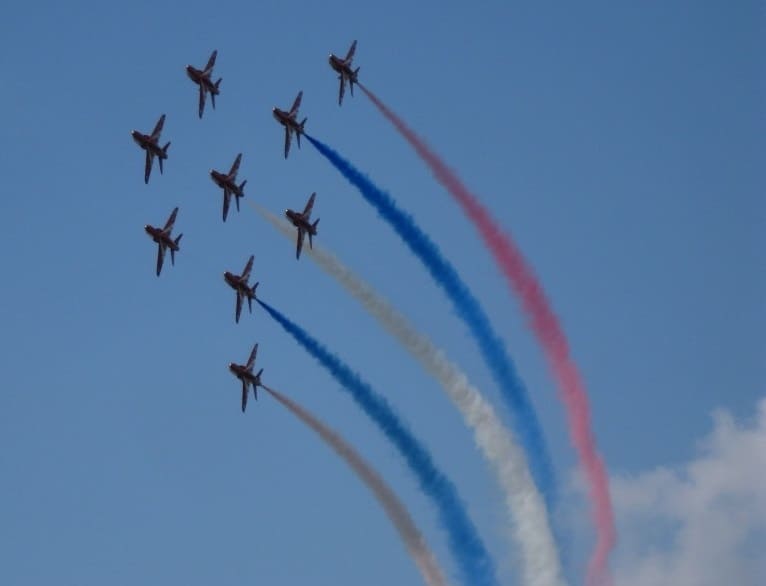 Therefore, accommodation is at a premium since many people book their holidays in the area for the three-day event. Since the Sunderland International Airshow goes back to 1988, the city council have everything running like clockwork.

Obviously, traffic management is necessary and many roads close while the event is in progress. However, there are passes available for residents and access is usually not a problem for the disabled. Moreover, there are park and ride bus services available and the Metro Station is only a short walk away. 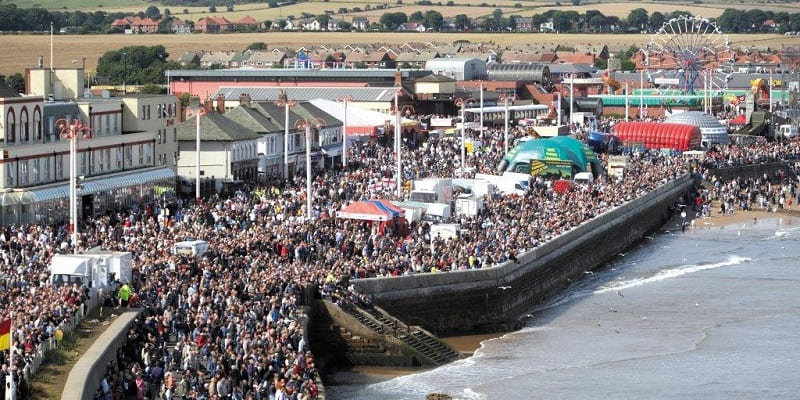 The Sunderland International Airshow is not only about aircraft, but there are many other attractions too. For example, there are displays on the beaches from various organisations such as the army and navy. Then there are the usual attractions for children such as fun fares and rides. Obviously, there are aeroplanes, helicopters and other vehicles on the ground for the crowds to get up close to.

As well as the military presence in the sky, sea and beaches there are usually military villages too. The RAF have their base here together with separate camps for the Royal Navy and the Army as well. 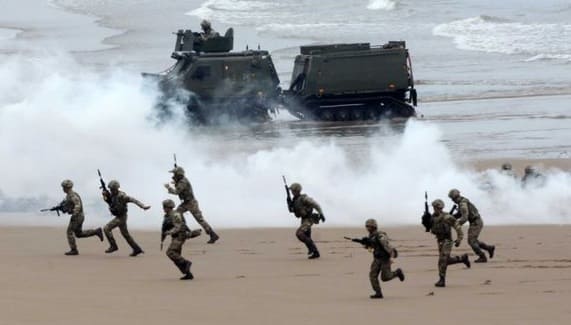 So, visitors can speak to personnel from those organisations on a personal level as it is a relaxing atmosphere. But, visitors can also look to join them through recruitment. 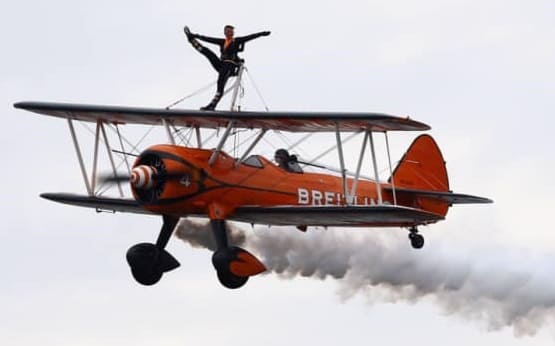 In general, spectators will experience much entertainment on the ground with all the available attractions. However, in the air there are some thrilling sights to see.
In the past, the crowds have saw many displays from all sorts of aircraft of course.

For example, they have witnessed many displays from the Eurofighter Typhoon to the vintage Hawker Sea Fury. Obviously, the Battle of Britain Memorial Flight was popular as well as the Spitfires fly-by. However, with so many displays, everyone has their favourite.

But there have also been displays from the RAF Falcons Parachute Display Team and the civilian Blades Aerobatic Display Team. The annual Sunderland International Airshow obviously releases a flying list and events list but it changes yearly. So, each year the airshow is different. Although, most displays are generic.

In addition, Sunderland’s adopted warship, HMS Ocean, usually sits off the coast. However, in 2007, due to the commitments of HMS Ocean, HMS Albion had to attend. In short, the helicopter carrier, HMS Ocean, has a crew of 240. Moreover, all have the privilege of having the Freedom of Sunderland since 2004. Obviously, the Royal Navy is not going to let the Royal Air Force take all the limelight!

By and large, the start and end of the Sunderland International Airshow usually has a magnificent fireworks display. Obviously, this free event has something for everyone of all ages. So, plan your visit well in advance and treat the family to a festival of fun.

What are your memories of the air show in Sunderland? Can you remember the very first one? Let us know in the comments section below. However, you can also start off a new thread in the massive Sunderland Message Boards (SMB).

The Sunderland Forum is Wearside Online’s sister website and is suitable for people of all ages. This is because Wearside Online is ‘Family Friendly. So, bookmark us and call back often to share your thoughts.