Sunderland still has one of the best bus services available and always has had. However, The Tyne and Wear Metro Rapid Transit System arrived in Sunderland in 2002. Of course, together with an efficient bus network, all areas of Sunderland are easily accessible. Indeed, the arrival of the Sunderland Metro has transformed the lives of many people on Wearside. 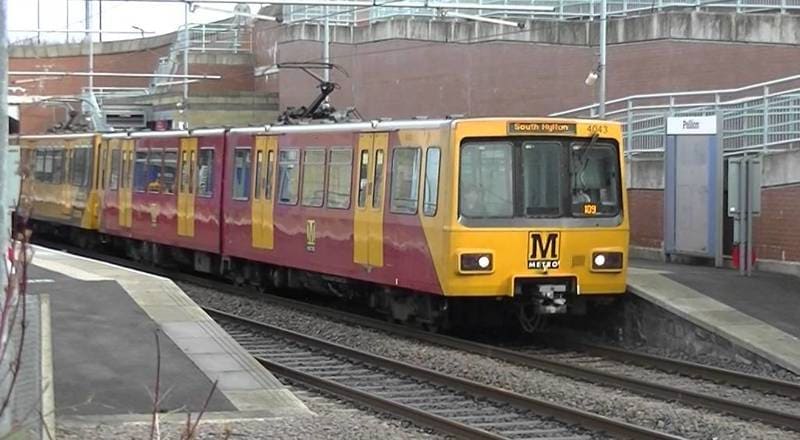 To begin with, Nexus runs the system and their job is to plan and promote public transport in this area. However, the land and tracks belong to Railtrack. Moreover, the Sunderland Metro route shares the railway lines with heavy rail traffic. Although not unique, it is the first time in the modern era this has happened.

Sunderland could have been part of the initial pilot scheme over 20 years before the system finally arrived. However, there were forces at the time that prevented this from happening. For example, the unions feared that there would be job losses within the already efficient bus industry. 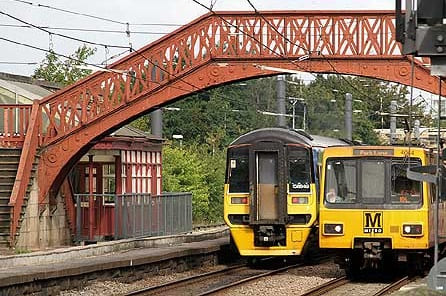 Of course, the Metro runs through the Metropolitan Boroughs of Gateshead and South Tyneside first. Then, at Pelaw Station the rail track splits. Obviously, one route carries on to South Shields, the other goes on through Sunderland to South Hylton.

To get to South Hylton, the trains from Pelaw follow 14km of existing Railtrack train lines to Park Lane Station. It then runs for 4.5km east-west along the alignment of the former Sunderland to Durham train line. Of course, Railtrack own this land too. However, a lot of work was necessary to complete the project.

In the first place, there was no train lines on the Sunderland to South Hylton part. In fact, this was a footpath and was part of the Coast To Coast cycle track that also needed relocating. They had to remove tons of earth in order to cause minimal disruption and negotiate the bridges. In other words, the ground would become up to 2m lower in places.

For the Pelaw to South Hylton line 12 stations would come into use. Four stations would need refurbishment, and Nexus had to construct a total of 8 other new stations. So, there were improvements to four existing stations – Brockley Whins, East Boldon, Seaburn and Sunderland. This was in order to accommodate the Metro trains to the network standard. Of course, the new stations are Fellgate, Stadium of Light, St Peter’s, Park Lane, University, Millfield, Pallion and South Hylton.

To conform with the Metro standards, the Sunderland Metro stations have 65m long platforms and waiting shelters. There are also ticket machines, passenger information systems and emergency communication equipment. Of course, all parts of the system allows disabled users to be independent where possible.

In addition, there is ample lighting arrangements and a CCTV system for user safety. There are also car parking facilities at Fellgate, East Boldon, Stadium of Light and South Hylton Metro stations. In general, the stations have pleasing landscapes and include specially commissioned works of art.

Another key point is that Seaburn Metro Station is in Fulwell. Likewise, many people believe that the authorities should have used the old Monkwearmouth Station instead of building St Peters Station. 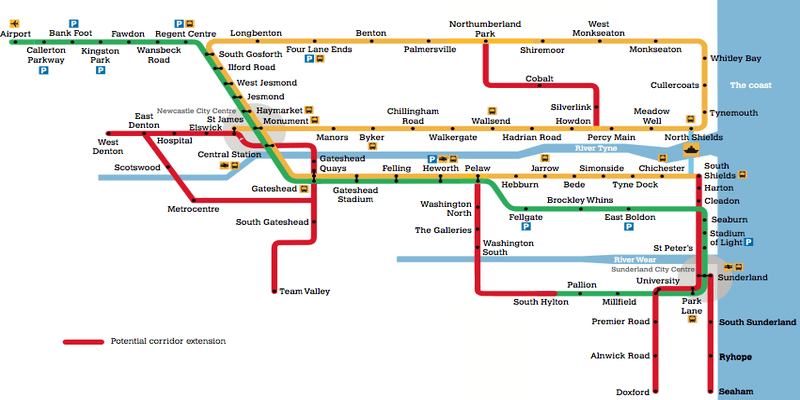 The Sunderland Metro System obviously enables an electrically-powered, high-frequency service, run by Nexus, between Sunderland and the existing network. Arriva Trains Northern also continue to provide an express service twice per hour in each direction between Sunderland and Newcastle. Obviously, linking all areas of Wearside should become a priority for the system.