To begin with, the first Sunderland museum was in the Athenaeum in Fawcett Street in 1846. Indeed, Sunderland was the first place outside of London to have a publicly funded museum. In addition, by 1858, a new public library was up and running alongside. However, by the 1870’s, more space was necessary to house the museum and library. So, a decision by the corporation saw permission to build in Mowbray Park. 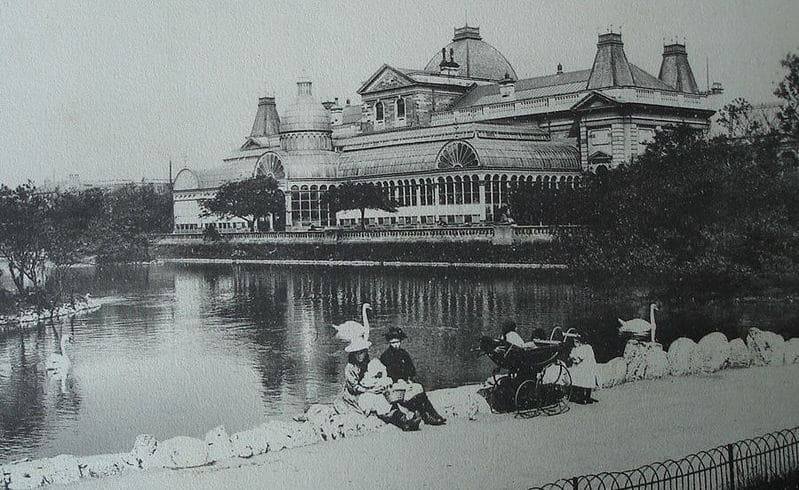 In short, the design of the new building, including the Winter Gardens, was by Sunderland architects, John and Thomas Tillman. Crystal Palace in London was the inspiration for the design. In this case, the construction was by Allison builders. All in all, it cost £11,700 for the museum and £2,000 for the Winter Gardens. Indeed, it was the largest civic building in Sunderland when complete.

Furthermore, many people believe that the laying of the foundation stone for the new museum was by General Ulysses Grant. He was the former president of the United States of America, but he was only in attendance. 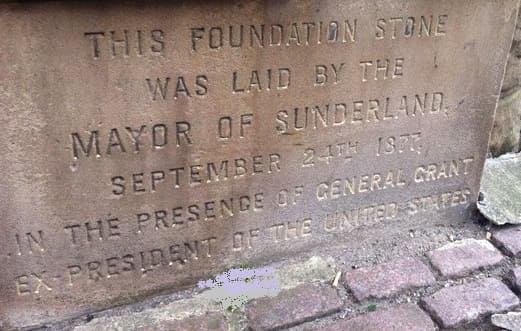 In fact, the laying of the foundation stone was actually by Mayor Alderman Storey on 24th September 1877. Then it was Mayor Councillor Robson who officially opened it on 6th November 1879.

Indeed, the structure could create a tropical climate within its glass frames. Thus, it could hold a host of exotic trees and plants. Of course, the Winter Gardens at the rear of the museum and library became one of Sunderland’s most popular buildings.

During World War II, a German parachute mine in 1941 caused severe damage to the Winter Gardens. The only solution at the time was to demolish the gardens but not the museum. However, in 1960, an extension to the museum took the place of the demolished Winter Gardens area. Indeed, the Queen Mother opened this in 1964. 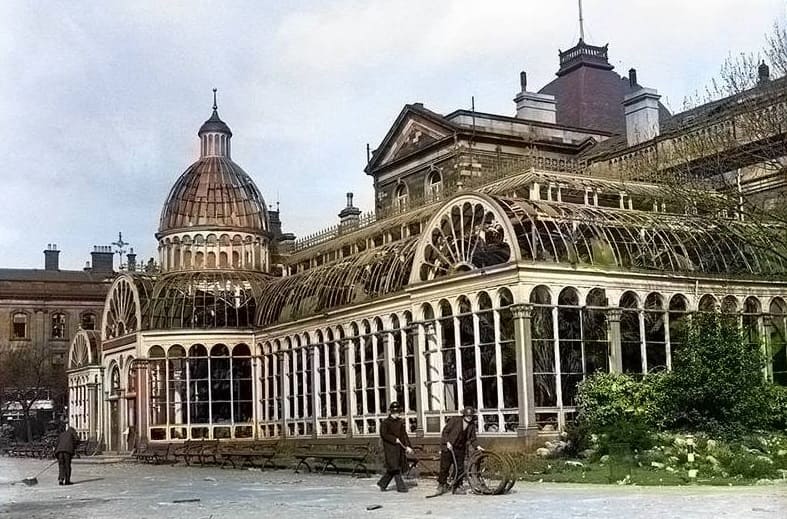 Winter Gardens – destroyed by a German parachute mine

In due time, the central museum and library became increasingly overcrowded yet again. So, to give the museum more room for it’s exhibits, the library relocated in 1995. As a matter of fact, the library moved to a part of the old Binns store in Fawcett Street. The new Sunderland library is less than 200 yards away.

In any event, Mowbray Park and the Sunderland Museum were to become known as Mowbray Gardens after the new millennium. By the same token, the Winter Gardens are the centre piece of the £30 million development in the area. 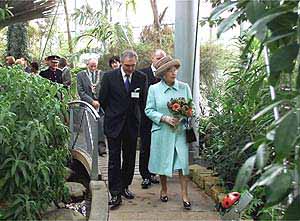 In view of developments taking place, the Winter Gardens now has over 2,000 plants and flowers. Moreover, in 2003, the Sunderland Museum and Winter Gardens was one of the country’s most attended attractions outside London.

Since Sunderland was LS Lowry’s second home, displays of the artist’s work are always on show in the art gallery. In fact, outside his home town of Manchester, Sunderland boasts more of his work than anywhere else. It also has the first Nissan Bluebird that came off the the production line in Sunderland.

Together with the usual displays that a museum has to offer, it offers many local themes. Then there is the fossil of the only British example of a gliding reptile (Coelurosauravus). Discovered in the local Eppleton quarry, it is the oldest vertebrate capable of gliding flight we know of in Britain. Of course, shipbuilding on the River Wear has a high profile too as well as the coal industry.

Obviously, Sunderland Museum and Winter Gardens guarantee a good day out for people of all ages. In fact, all Wearsiders remember their first experiences with the lions which are still there. 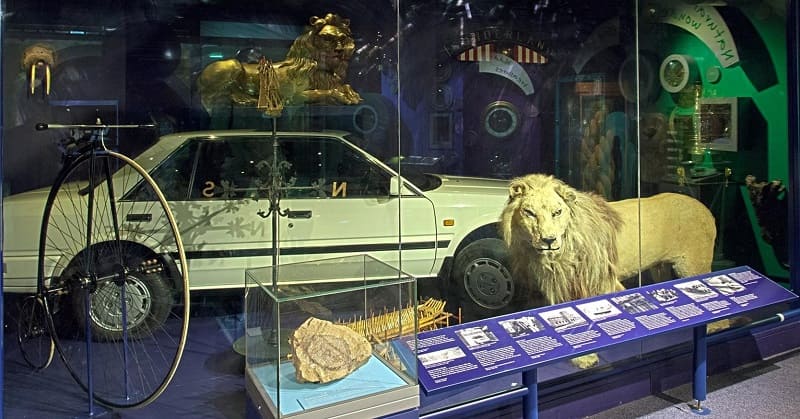 What are your recollections of visiting the Sunderland Museum and Winter Gardens? You can tell us in the comments section below. Alternatively, we have the Sunderland Forum and Message Boards (SMB) in which to start a new thread. The Sunderland Forum is a ‘family friendly’ area just like the Wearside Online Blogs here. So, it is suitable for people of all ages.