Firstly, Sunderland City Council says Chris Bungoni cannot hold a rave event in a warehouse on Wearside. However, Bungoni has the determination to make it happen. Indeed, this is after already selling tickets for £10 each and selling over 100 so far. 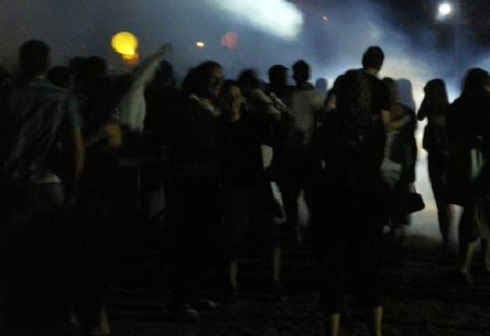 Indeed, the DJ has already held three illegal events on Wearside. Obviously, he is trying to organise a fourth event but this time was planning to go legal instead of going underground.

The first illegal event last year was at the historic Tunstall Hills, an area of natural beauty. The second was at East Herrington. The last one was in Seaham where more than 500 young people turned up. Police were in attendance after there were reports of drugs, drink driving and assault. In fact, some were victims of knife crime.

Mr Bungoni age 35 from Roker, Sunderland, plans to text people who have an interest in raves. Obviously, he well text the address of his latest venture. He is planning this between 23:00 and 04:00 on February 22nd 2014. Up to now the location of the back-up venue is a also close secret.

After submitting his events notice to Sunderland Council, Mr Bungoni has had a warning that he can’t hold the event. This was after objections from Northumbria Police, also the environmental health department. The latter being concerned about noise and fire issues.

The council had to know the whereabouts of the rave. They understand that to be the massive Shaw’s Building at Deptford Terrace in Sunderland. However, with the event having a block on by the authorities, Mr Bungoni will no doubt go ahead with his illegal rave. The secret location is to become public knowledge on the night because otherwise the police would stop it first.

** Firstly, Sunderland folk can only back the council and police in their attempts to stop these sort of events. This is because the primary concern has to be the health and welfare of the youngsters. Secondly, the city residents have a right to peace and quiet, especially in those small hours. And finally it is illegal!

Should anyone have any further details about Mr Bungoni’s illegal activities then report them to both the council and police.

We obviously sympathise with youngsters who find they have fewer things to do nowadays. Moreover, the local government should be organising many more legal activities to stimulate the minds of the youth. Indeed, this would help to steer them away from unauthorised and potentially dangerous events such as Mr Bungoni has planned.

Rave events in the past have long had an association with drug taking, in particular, ecstasy. Which together with alcohol can cause severe dehydration but cannabis is also rife. Both drugs will damage the brain and other organs and in developing youths this is unacceptable.

Finally, as predicted, the Sunderland rave event did not planning permission from the authorities involved.