To begin with, Sunderland was very late in providing a town hall to house its councillors and officials.

Since 1835, council meetings took place in the Exchange Building in the old East End of Sunderland (right image). But, by 1870, pressure was mounting to remedy the situation and provide a building more appropriate to the needs while providing more dignity. 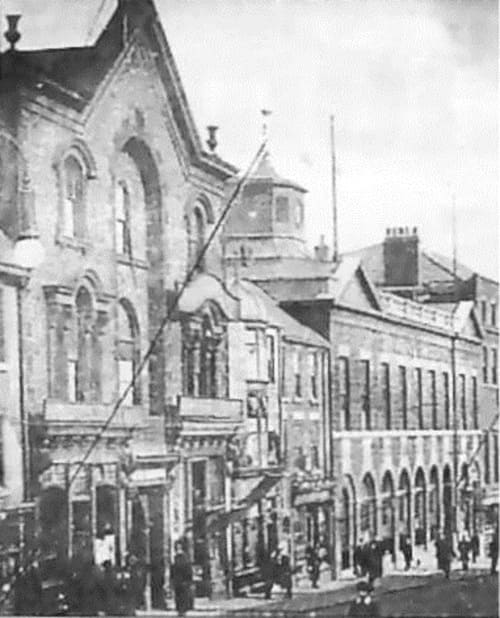 The first proposal for the new building came from architect Joseph Potts in 1868. Indeed, Potts suggested developing the Fawcett Street site for the erection of a council chamber and administrative offices. He also proposed a concert hall, library, museum and police courts in the same building.

In short, Potts’ proposed centralised facility included renting out parts of the site to help pay for the £45,000 scheme. In this case, tenants would have included the Post Office, the Inland Revenue and 11 shops. However, Sunderland Corporation turned down the idea on cost.

In view of the rising need for a new Sunderland Town Hall, in 1873 the council made a start. That is to say, they decided to hold an architectural competition after buying the Fawcett Street site. With this in mind, submissions for the new building was to cost no more than £20,000. Of course, the council clearly didn’t want to go over budget.

All in all, thirty designs flooded in and there was an exhibition in April 1874 displaying most of them. The corporation, who were judging the designs had picked two winners, but could not decide which was the best. Indeed, even after several years of effort, no progress was forthcoming. As a result, there was a temporary abandonment of the project.

In 1886, there was the announcement of a new competition, this time with a cost limit of £27,000. Moreover, there was a winner this time. In this case, the winning architect was Brightwen Binyon of Ipswich. 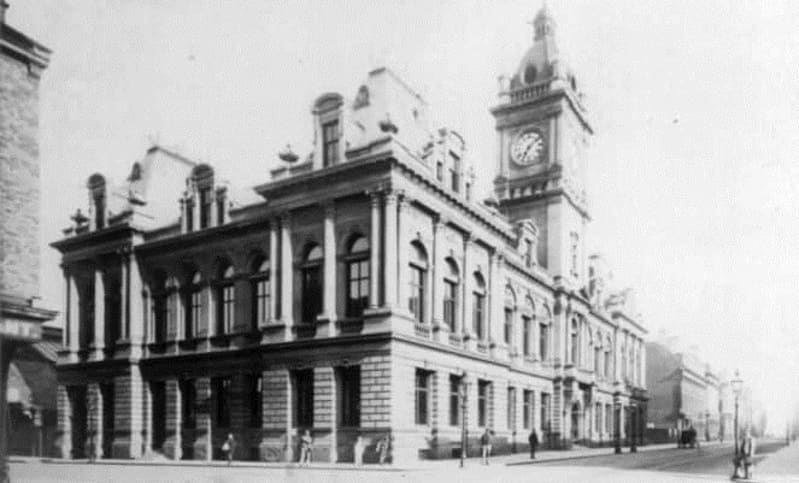 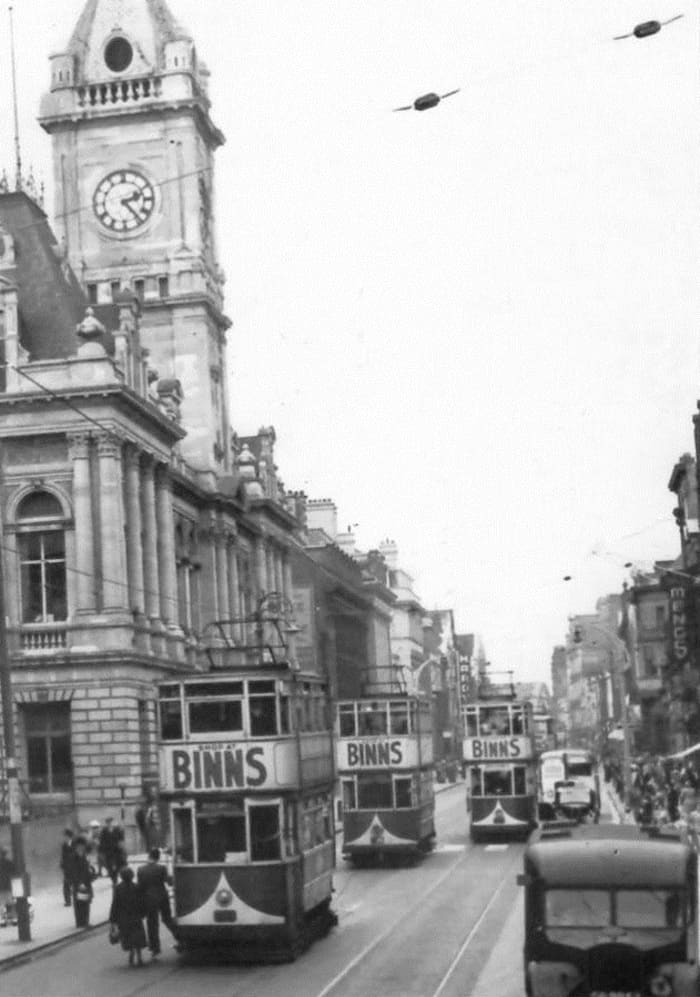 Obviously, this was a ceremonious occasion for the town. However, this meant that it took around twenty years for the idea to come to fruition.

This is because other items had to come into the equation, like the cost of the land, services and decorations.

By and large, the new Sunderland Town Hall seemed to be a credit to the town. However, all was not well. This is because, from the beginning, it was inadequate for its purpose. In fact, the beautiful Victorian building only survived for 80 years. 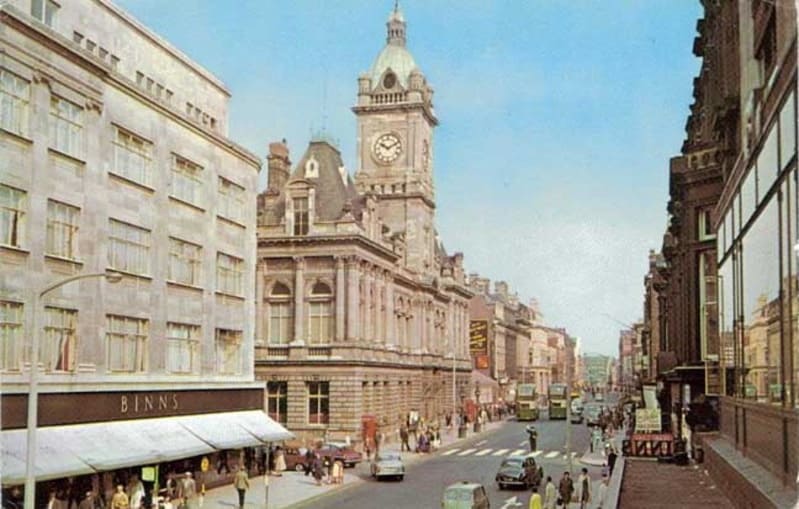 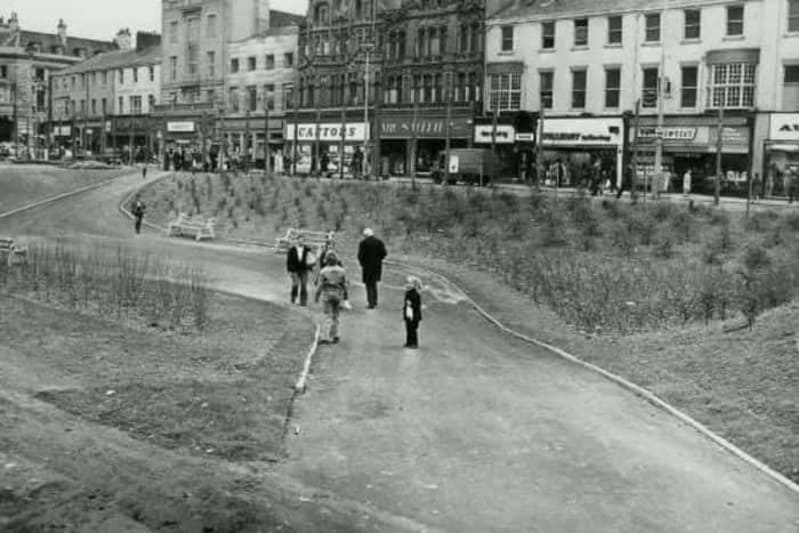 Wearsiders may remember the footpath after demolition.

Wearsiders think the council was wrong to demolish Sunderland Town Hall, of course. However, what makes things worse is that they are not keen on the newer Sunderland Civic Centre building. 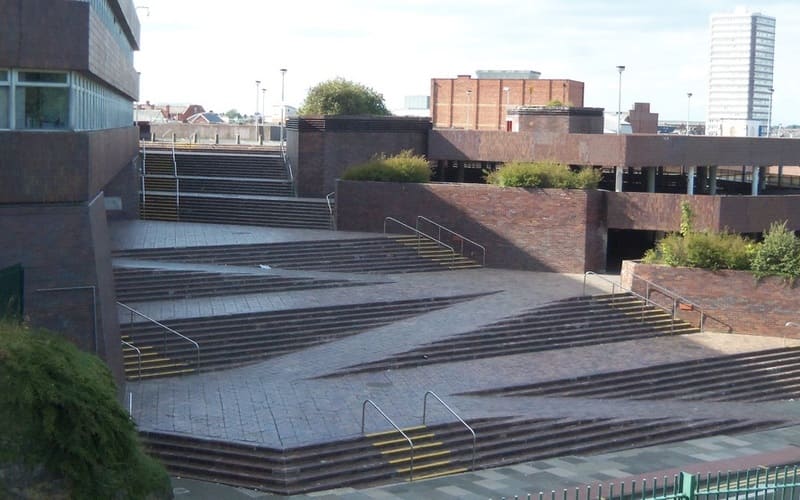 This is despite it being an award winning design. In the first place, it is not centrally located. Then, accessing the building is a nightmare for some due to all the steps.

So much for modernisation, many think that the newer civic centre will not last longer than the old town hall. In fact, various departments have began to move elsewhere in the city. However, the tragedy of destroying part of Sunderland’s heritage leaves a bad taste with many on Wearside.

Wearside Online allows visitors to comment on this or any other article, so leave a comment in the box below. However, we already have discussions about the old Sunderland Town Hall in the massive Sunderland Forum. But, you may open another there if you so choose.

Our massive Sunderland Message Boards allow for social interaction for all Wearsiders, Mackems and SAFC supporters. So please pop over and start a new discussion on any local issue.