TB Cases On The Rise In Sunderland

TB Cases On The Rise In Sunderland

To begin with, Sunderland health services are reporting a rise in TB cases on Wearside.

Indeed, the bacterial disease attacks the lungs, but can also affect other parts of the body as well. The way the disease spreads is typically the same as when folk catch a cold etc. This could be when you suffer exposure to a cough or sneeze from someone with the illness. 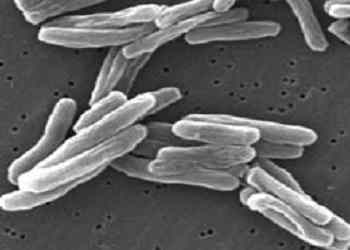 TB is a preventable and treatable condition with a prolonged course of antibiotics. But the disease can be a killer if left untreated. We are also seeing that TB is becoming drug resistant just like many other diseases.

Indeed, almost three quarters of cases were in people born in countries where TB is more common. In the UK-born population, those most at risk are also people from ethnic minority groups. Also, affected are those with social risk factors such as a history of homelessness or imprisonment. Moreover, those with a problem with drugs or alcohol are also at risk. Then there is the elderly who are also commonly at risk too.

Obviously, at one time tuberculosis, was no longer an illness that anyone got from being in Great Britain. But with mass immigration and cheap travel, the disease is making a come-back. Therefore, we can see why the disease has once again took a foothold in the UK.

Due to mass movement of people, various diseases can spread rapidly. So, with mass immigration comes the threat of many different illnesses, not just tuberculosis. However, cheap travel is partly to blame for disease propagation. This is by travelling to countries where these diseases are prevalent.

While immigration plays its part in helping to spread the disease, there are obviously other factors. Obviously, hiding away from immigrants or not travelling is impractical. So a little common sense should prevail. For example, if someone had the flu, you wouldn’t let them cough all over you. With this in mind, take as much precaution as you can, be alert and stay safe!

Prevention is better than cure!

You can read about other deadly diseases that once prevailed in Sunderland and around Wearside here. Once you read this article you will see that the authorities can and should do more to prevent the spread of disease. It is such a shame that we are allowing TB to take a hold again.

Wearside Online once again gives you the stories that matter. We also allow visitors to comment on all subject matters by simply replying in the comments section below each article. For example, how do you feel about the rise in TB cases in Sunderland?

Our massive Sunderland Message Boards (SMB) allows for further local social interaction. But please be aware that we are a family friendly collection of blogs and forums. With this in mind, why not join in with our online community at the Sunderland Forum today.