This page lists some UFO sightings from the Sunderland area

Most early UFO Sightings were airships which began in 1909. Indeed, sightings continued throughout the years leading up to World War I. But earlier writers record a number of events which would certainly be in the same category as UFO sightings today. In 664AD according to the Venerable Bede, a light that “made the sun at midday seem dark” appeared. This was at one side of Barking monastery, before moving to the other side.

Another “sighting” reported by Bede sounds like an alien abduction story. In this case, a nun saw a corpse being “carried upwards”. In the 14th century, at the funeral of the Abbot of Durham Abbey, there was another strange light. Moreover, it was a “light like the rays of the sun” which came down while moving about. Naturally people would take this to be a sign from God at the time, of course.

Firstly, investigators remain baffled after more sightings emerged today of an unidentified flying object over Wearside. Indeed, the object was in the shape of a pear. It was also around five-foot long. In essence, it looked like a piece of silver metal and witnesses saw it hurtling towards the ground. 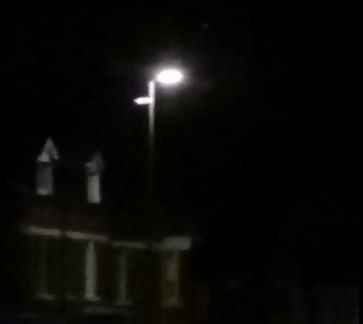 In fact, trainee teacher, Jenny Cook, saw this occurrence in Hendon on Tuesday morning. Police launched an inquiry following the report by the 18-year-old Sunderland University student. But, despite a ground search of the area, failed to find any trace of the object.

The Echo has since learnt that officials at Newcastle Airport got some more of these alerts. After a similar sighting three hours later above Penshaw, it was clear something was not right. Indeed, it was Ron Atwill who saw a mysterious five-foot long grey object narrowly miss a passenger jet. This was as it made its descent towards Newcastle Airport, while walking his dog near the old Herrington Colliery site.

In effect, Mr Atwill, a retired prison service worker, saw the object at 11.45am. He said, “I was looking up as a passenger jet was flying quite low in the distance. It was on a flight path between the colliery and Penshaw Monument and I saw this thing almost hit it. I rang the airport because this thing appeared that close and I thought they might have spotted it as well.

It was about 20ft away from the plane, in fact, it looked exactly like its description in the Echo. In fact, it was a silvery grey in colour and from where I was standing it looked very flat. Indeed, it was the shape of a pear and about four to five feet long. I watched it for a little while and then turned away and took my eye off it. Then, it disappeared. It almost looked like it was standing still, moving very slowly earthbound towards Sunderland. If you can imagine a piece of corrugated iron, but not corrugated and oblong”.

To clarify, speculation has included suggestions that the metal could be debris from a plane. Indeed, another suggestion was that it could be a metal chunk from a decaying Pegasus satellite. This is because, NASA officials warned it is in the process of breaking up and falling to earth. Other theories also suggest that the object could have been a model aircraft, advertising balloon, or even plastic sheeting.

Mr Atwill, 64, of Elm Place, Newbottle added, “I hadn’t a clue what it was. I didn’t want to say anything, this is because of what people might think. But I definitely saw something. It wasn’t a speck in the sky. It was big enough to make out even though it was a bit in the distance. But now I am beginning to think what was it? I thought it must have been something dropping out of the sky. I wasn’t imagining it, I should know, I was there. It wasn’t a weather balloon or a model”.

A spokeswoman for Newcastle Airport said the pilot on board the jet had reported no sightings to air traffic controllers. Detective Inspector John Watts, of Sunderland City Centre Police said, “We had a report of a strange object in the skies about the size of a small car. We couldn’t find anything but the relevant authorities had a report.

Roger Mallett, an independent paranormal investigator said, “It is more than likely they saw something which they can’t rationally explain and they don’t know who to turn to. Of course, the fact that two independent people did, adds more credibility. And if more come forward, even in two or three weeks’ time, will certainly add even more weight”.

Unexplained phenomena, so what have you witnessed?

On an evening out, September 18, 1998, at 8:15 pm, a man noticed a large white light in the sky. It shone like a very bright star, but he knew it could not be. Outdoors at his home in Sunderland he said, “I saw that it was a cloudy night, and all the other stars were were not shining because of cloud cover. While I watched the UFO, there was another smaller light directly underneath it. Then, as I got closer, I realized it was a helicopter. The helicopter suddenly turned and flew in a northerly direction. Around two minutes after the first, another helicopter went past in the same direction. Then, five minutes after that, another one did the same”.

“This is unusual as I have only ever seen one helicopter in the Sunderland area at one time. Indeed, they could not have been police helicopters because they did not have searchlights scouring the ground. Thirty minutes later”, he added, “the light continued to move upwards out of the atmosphere. But it was going extremely slowly, around a degree every ten minutes. A plane flew toward it around 9pm, but it was not like any plane I have ever seen. It flew directly underneath the light, which was still moving. It then went past and did not circle the light”. He goes on, “I continued to watch it until 10pm. Then I saw a smaller light detach itself from the large light. It did hover for a few seconds, before moving off into space”.

In 1971 or thereabout, a police constable based at Tynemouth Police Force also saw a UFO. In essence, he was driving a panda car along the Tynemouth Road. Then he noticed a bright white circular disc hovering in the sky above Knott’s Flats. The constable then pulled into Oxford Street car park. He got out of his car in order to get a better look at the object. The disc like shape appeared to hover for about five minutes before rising incredibly fast. Then, within a few seconds, the “ship” was out of sight.

Two years later, the same PC was travelling along the Tyne Tunnel road in a northerly direction. During the small hours of the morning, when he noticed a bright light travelling parallel to his vehicle. In fact, it was on the left side of the road and the object kept pace with the car. Indeed, all the way along the road.

The P.C. pulled into a lay-by a little further on, and got out of his car. The light then stopped, hovering some 150 yards above him making no noise at all. Moreover, the P.C. was certain it was not a plane or helicopter. He got back in the car and travelled further still, heading north toward Seaton Burn.

With the light travelling just ahead, when he reached the Seaton Burn flyover, the P.C. stopped again. Indeed, he watched as the light moved back and forth over the main A1 motorway. After a few minutes, the light turned north and then disappeared out of sight. The Policeman promptly reported what he had been a witness to, but his colleagues made humour of this. However a little while later a second report. A Policeman in Morpeth reported a similar light behaving in the same way.

There are many UFO sightings in the north east of England. Many reports suggest that UFO sightings are also increasing over Sunderland and County Durham.

Indeed, people are describing the UFOs as bright orange balls, apparently flying information. Many people have repeatedly saw these in Consett and Stanley, North Durham. 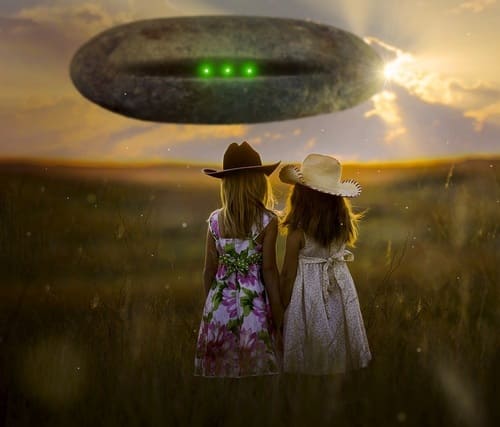 The flap began Thursday, February 18, 1999, at 10:30 pm, when people saw three orange sphere UFO’s over the area. UFO experts believe that major activity in North Durham is becoming more common. One woman driving her car on Crooksgate Road, between Newcastle and Consett, watched a large oval shaped object in the clouds for 20 seconds.

In a detailed statement to a UFO information centre in Leeds, run by coordinator Andrew Ellis, she said it was bright orange and yellow. The woman, who wishes to remain anonymous, said the object seemed to hover above the trees and then move behind them. We have several reports from the Consett and Stanley area, Ellis said, in fact, one had four balls coming together in a formation then disappearing.

Finally, have you any sightings of unidentified flying objects in the north east area yourself? If so, let us all know in the comments section below or in the Sunderland Forum.

We have recently updated this page. Here is a video of UFO sightings in Gateshead and Sunderland, but what do you think?