In short, we see another setback for the City of Sunderland and another roll over by the council. With this in mind, vote for Sunderland! 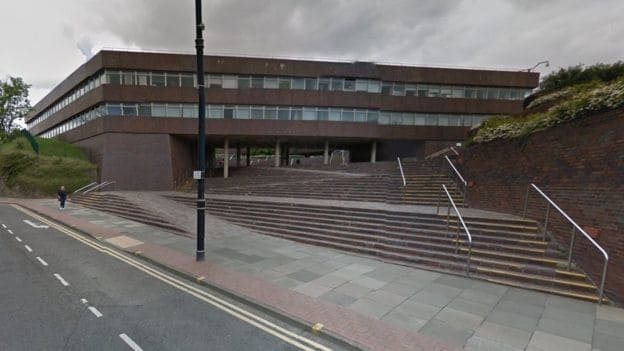 Sunderland, once the most important place in the north of England, will again take another hit from the government. This of course will further weaken the city’s position. While councils across England have an average cut of 2.9%, Sunderland will take a whopping 4.7% cut. All in all, this amounts to nearly £14 million! Indeed, this latest round of cuts are the biggest in all of the Tyne and Wear councils. Another thing we expect!

In reality, ask anyone in the street what the council is doing for Sunderland, you will get the same answer. So, just what exactly is the Labour-run council doing to promote our fair city? On the whole, it appears Sunderland Council have no teeth whatsoever. It is a prime example of the apathy oozing from the City Council.

Another example of the council’s apathy was when the parliamentary boundaries changed. In other words, one became Sunderland Central and the other two constituencies placed Sunderland as a secondary name! In this case, no fight whatsoever!

Whatever political persuasion you come from, it matters not. Obviously, its quite clear that Labour have allowed this great city to fall further and further behind. The people of Wearside vote Labour because ‘their dad did’. However, while some of these lazy Labour lot take the vote for granted, they will do nothing for Sunderland. While the Conservatives know they will not get in here, they will not do anything for the city either. Catch 22 maybe, but while the people of Sunderland continue to vote for a greedy, lazy candidate, then the city will retreat into oblivion.

It’s your vote, so tell them what you want them to do for you. Indeed, stop them dictating their apathetic ways on the city. Voting Conservative may not appeal to most in Sunderland, but consider it a tactical vote. The Tories will not get in, but if you vote wisely you can make the seats in Sunderland marginal. With this in mind, the money will pour in for them to buy your vote. Now that is a mouthwatering position isn’t it!

In contrast to the major parties in Sunderland, we do see the Liberals campaigning much more. However, they are unlikely to make an impact, but they are an alternative!

Obviously, as we can see, your vote is valuable and worth a lot to you and your city. So keep the over paid politicians on their toes by using it for the benefit of Sunderland. For this reason, vote for Sunderland! 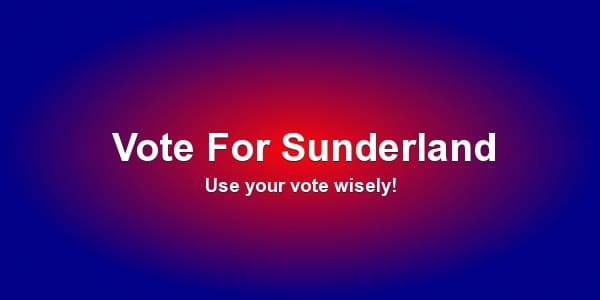 Indeed, use your vote wisely!

What do you think about the political map of Sunderland and do you think its time to change the way we vote? Leave a comment here at Wearside Online in the box below. However, you may also use the massive Sunderland Message Boards (SMB).

The Sunderland Forum is a collection of message boards which cover all subject matters. Therefore, pop over and have your say about the article above or any other matter concerning Wearside.