To begin with, we are placing this story in the crime section. However, the accused was innocent and the true criminals got away with it. So let’s take a short look into the story of the Washington Witch.

In The Name Of Religion

Witches and witch hunts are only for TV films aren’t they? Well, apparently not because that sort of thing happened in our own area. The 1600’s saw a huge increase in hanging and burning which claimed thousands of lives. Indeed, this was all in the name of religion. The bounty hunters of the day became witch-finders and made a huge fortune by finding the witches.

One unfortunate north east woman became famously known as the Washington Witch. Jane Atkinson, an apparently innocent old woman, got the blame for a disease which had wiped out all the cattle in the village. Believing the reclusive old woman had cast a spell on the cows, the villagers caught the old woman, tied her in a sack and threw her into the village pond. Superstition of the day said she would float if she was guilty and she would sink if she was innocent.

Of course, if she was guilty, she would face death anyway. Then again, if she sank, she would be dead. So, being accused of being a witch meant a certain death regardless!

Jane did indeed sink to the bottom of the pond. But the villagers were not happy with the ‘verdict’ and tried again. Once more she sank. Still not happy, the villagers tried a third time. However, this time the poor old woman came out out dead. According to the superstition, they should have found Jane innocent because she had sank and drowned. But the village residents claimed she must have been guilty anyway.

They buried Jane in Washington Churchyard in 1696. In the burial register, the word witch is next to her name.

The village pond where Jane Atkinson died is now the site of the War Memorial of course. 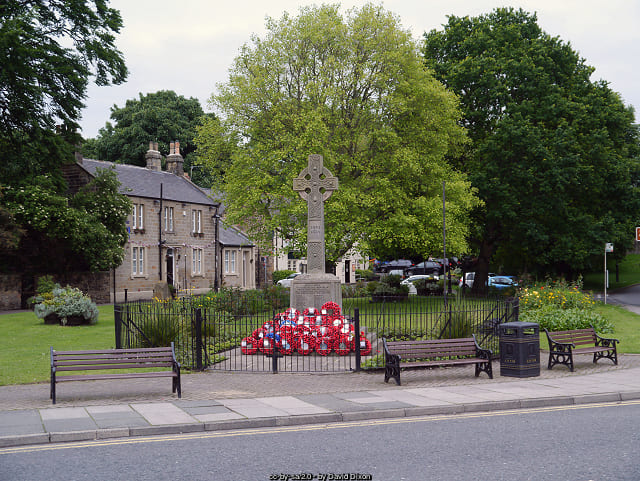 Do you believe in witches and witchcraft? If so, let us know in the comments section below. Alternatively, you may even add your own stories about witches to the Wearside Online blog. In fact, you may publish any story with a local flavour to it, just fill in this simple form.

Wearside Online also has the massive Sunderland Message Boards (SMB) for further social interaction. So, if you wish to stimulate a local debate, join the Sunderland Forum today.

Tagged Jane Atkinson, Washington Witch, Which is a Witch. Bookmark the permalink.