To begin with, the Wearmouth Bridge crosses over the River Wear in Sunderland. In essence, it is the first bridge you encounter when travelling up from the mouth of the river. Prior to its construction, getting from Monkwearmouth to Bishopwearmouth was by using a ferry boat. In fact, the nearest bridge was at Chester-le-Street – 10 miles away!

To clarify, work started on the foundations of the bridge in September 1793. Obviously, there was a ceremony with the laying of the foundation stone. However, the bridge took almost three years to build and was open to traffic on 9th August 1796. 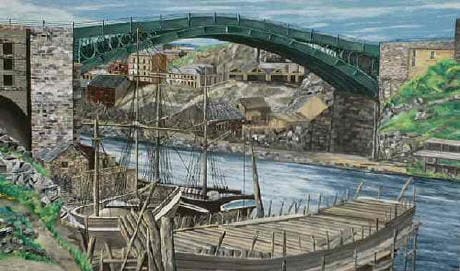 Indeed, Prince William of Gloucester officially opened the bridge and 80,000 people were in attendance for the occasion. So this was a big event for the people of the area. 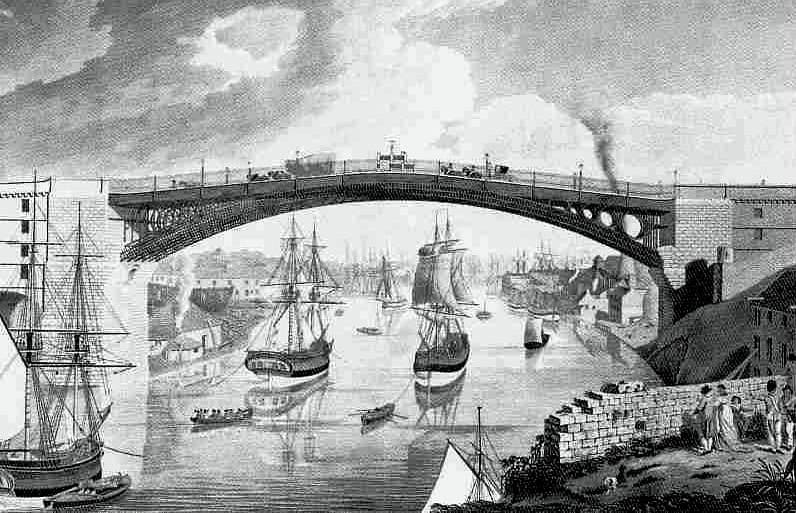 In the first place, the structure cost a total of about £28,000. So, to claw back some of this cost, there was a toll charge for all traffic, including pedestrians. But in 1846, pedestrians could cross the bridge free of charge. This is because of the abolition of the toll for those on foot. Then, in 1885, we saw the Wearmouth Bridge become toll free.

The sponsor was Freemason, Roland Burdon MP, who also provided the most of the cash. Both, Burdon and another MP, Ralph Milbanke, were adamant that a bridge would benefit the area. So, they put together a team to further help in the project, including local schoolmaster turned engineer, Thomas Wilson. Indeed they thought that a wooden or stone bridge was not the solution. So they looked into a design by American, Thomas Paine.

Paine thought that a single-span iron bridge would be suitable for the Schuylkill River in Pennsylvania. Although that never came to fruition, a similar design for Sunderland did. Of course, the bridge had to be high enough to allow ships to pass under without lowering their masts. This was because the River Wear was dependent on shipping. In fact, Sunderland was to become the biggest shipbuilding town in the world as well.

Indeed the world’s first cast iron bridge (1781) at Coalbrookdale, Shropshire, England was of similar design. However, this bridge over the River Severn was half the span of the proposed River Wear Bridge. In essence, the bridge was to have a nominal span of 240 feet (73 m). With this in mind, faith in this new bridge-building material had to be strong. So, did the trust in the design, planning and engineers as well.

Nonetheless, the scheme went ahead. Firstly, there was the construction of massive abutments to the north and south side of the river. Then six cast iron ribs became the basis of the bridge’s skeleton. As a result, the world’s longest single-span cast iron bridge came into being. 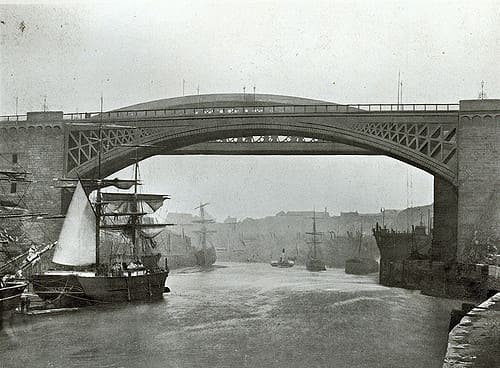 The first bridge survived until 1857, when consultant engineer, Robert Stephenson did a major reconstruction.

The reopening of the bridge in March 1859 saw the levelling of it. This was because the inconvenient hump in the middle of the bridge wasn’t necessary any more.

So, reconstruction saw the heightening of the abutments and the bridge lost one of its main features. However, Stephenson kept the six iron ribs in place.

In 1879 saw the arrival of tram lines on the Wearmouth Bridge. Obviously, with Sunderland’s population and industry growing, the demand for better transportation was necessary. 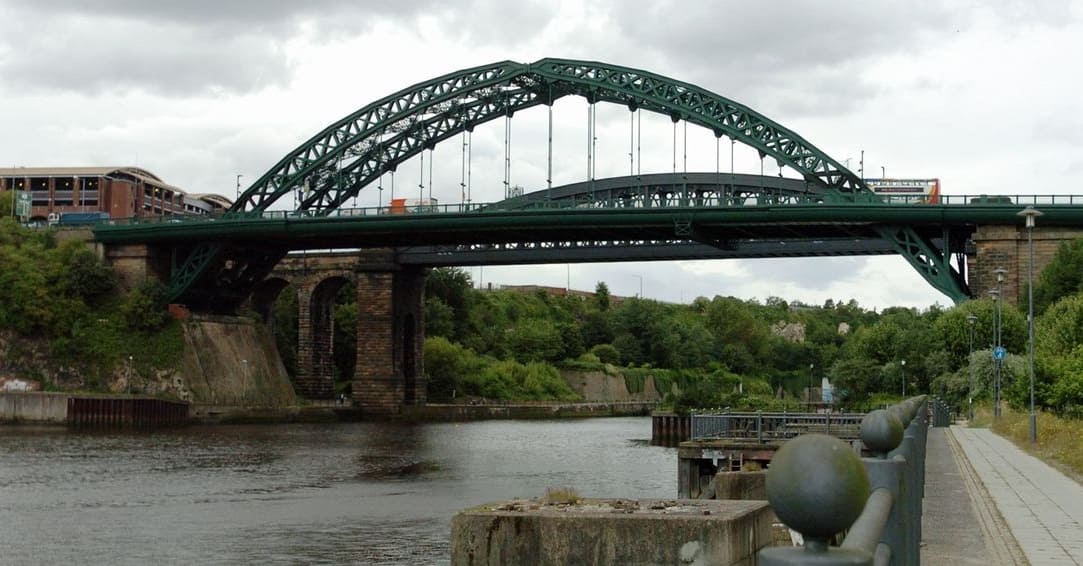 Obviously, this is the Wearmouth Bridge as it looks now.

Between 1927 and 1929 the further reconstruction of the old bridge took place. This was in order to have a major facelift to the bridge we are all familiar with now. Indeed, the removal of six iron ribs saw the final stage of this reconstruction. All in all, the Wearmouth Bridge became a completely new structure. In effect, this was the third bridge to be in this situation.

Of course, the Wearmouth Bridge allowed industry to flourish. Indeed, people take it for granted but its history is a long and interesting one. Finally, in the centre of the bridge, on either side are two large decorative city crests. 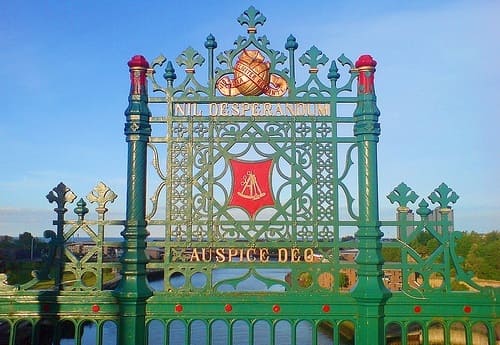