This article is all about the biggest hoax in British police history, in other words, their search for Wearside Jack. Indeed, the result was a massive waste of taxpayers’ money. But, more importantly it possibly resulted in the deaths of three women that might otherwise not have happened. Obviously, we need to start at the beginning. Then we can examine why the police were led on a wild goose chase.

Firstly, we need to understand a little bit about the real Yorkshire Ripper – Peter Sutcliffe. Born in Bingley on the 2nd June 1946, Peter William Sutcliffe went on to kill 13 women, mainly prostitutes. In essence, Sutcliffe was a frequent user of their ‘services’. His evil crimes against women began in 1969 and they continued until his arrest in 1981. However, it was not until 1975 that Sutcliffe murdered his first victim.

Peter Sutcliffe killed for the second time in January 1976, then in 1977 he killed four women. In 1978, he killed three more women, then two more in 1979 and a further two in 1980. Sutcliffe’s arrest was in 1981 after a routine stop by police. Indeed, he had another prostitute in his car at the time. 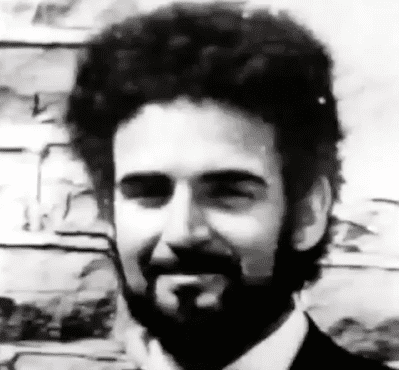 But, when police discovered he was using false number plates, it aroused plenty of suspicion. Little did they know at the time though that they were holding the real Yorkshire Ripper.

Sutcliffe received 20 life sentences for the murder of 13 women and attempted murder of 7 more. There are many more women who Sutcliffe attacked but will not admit to it. This is because Sutcliffe’s victims were mainly prostitutes and they don’t want a link to that. After an appeal hearing at the High Court in 2011, the decision was that Sutcliffe will never be a free man again.

John Samuel Humble is the person responsible for the notorious hoax which resulted in dire consequences. Humble was born on the 8th January 1956 in Sunderland and so he took on the local accent – Mackem. We point this out because it has a bearing on the case. This is because John Humble sent audio tapes to the West Yorkshire Police pretending to be the Yorkshire Ripper.

As a result, the police called in a specialist who narrowed the accent down to the Castletown area of Sunderland. However, this turned out to be wrong as Humble was not from Castletown. Be that as it may, this tape alone took the focus off attention to Sunderland. All in all, Humble sent three letters and one audio cassette while pretending to be the Yorkshire Ripper.

Between March 1978 and June 1979 John Humble began a one-way communication channel with the authorities. Humble sent two letters and an audio cassette to Assistant Chief Constable, George Oldfield of West Yorkshire Police. George Oldfield was heading the Ripper inquiry at the time of course. Humble also sent a letter to the Daily Mirror as well. 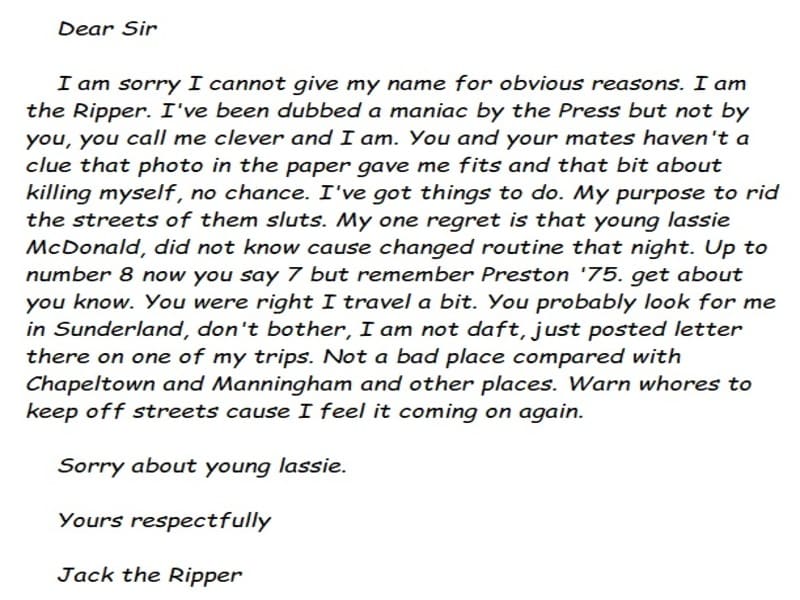 * Not original, obviously, Humble’s letter was in his own hand writing.

** The reference to Preston ’75 was about a murder of a woman, However, in the end, had nothing to do with the Yorkshire Ripper case. So, perhaps this was guess work. Nonetheless, it was clear that John Humble or Wearside Jack as he now dubbed, had an unhealthy interest in the Yorkshire Ripper case. Indeed, Humble sent two more letters before he sent in the audio tape.

On June 1979, John Humble sent an audio cassette tape to Assistant Chief Constable Oldfield. Indeed, here is the recording that he sent which caused the police to shift their investigations to Sunderland.

Here is what Humble says on the tape, “I’m Jack. I see you are still having no luck catching me. I have the greatest respect for you George, but Lord! You are no nearer catching me now than four years ago when I started. I reckon your boys are letting you down, George. They can’t be much good can they?

The only time they came near catching me was a few months back in Chapeltown when I was disturbed. Even then it was a uniformed copper not a detective.

I warned you in March that I’d strike again, sorry it wasn’t Bradford. I did promise you that but I couldn’t get there. I’m not quite sure when I will strike again but it will definitely be sometime this year, maybe September, October, even sooner if I get the chance. I am not sure where, maybe Manchester, I like it there, there’s plenty of them knocking about.

They never learn do they George? I bet you’ve warned them, but they never listen. At the rate I’m going I should be in the book of records. I think it’s eleven up to now isn’t it? Well, I’ll keep on going for quite a while yet. I can’t see meself being nicked just yet. Even if you do get near I’ll probably top myself first. Well, it’s been nice chatting to you George. Yours, Jack the Ripper.

No good looking for fingerprints, you should know by now it’s as clean as a whistle. See you soon, Bye. Hope you like the catchy tune at the end. Ha Ha.”

The recording then finished with a small clip from the song ‘Thank You For Being A Friend’, by Andrew Gold.

Despite the FBI telling the West Yorkshire Police that Humble was a ‘blatant hoaxer’, the investigation quickly shifted to Sunderland. This audio tape together with the letters postmarked Sunderland had blundering Oldfield concentrating all efforts on Wearside. Indeed, police investigated 40,000 men in the Sunderland area alone.

The police launched a massive publicity campaign in the press and other media outlets including billboard posters. There was even a ‘Dial-the-Ripper’ hotline together with full page adverts in the newspapers. All in all, this campaign alone cost the police £1m. However, the full cost of the whole investigation runs into tens of millions. Of course, that was the cost in the 1970’s and early 80’s!

While the police moved their attention to Sunderland, the real Yorkshire Ripper was enjoying his freedom in Yorkshire. Peter Sutcliffe probably couldn’t believe his luck when Wearside Jack came onto the scene. In fact, Sutcliffe was able to continue and kill three more women after the audio tape focussed attention on Sunderland.

George Oldfield couldn’t live with the humiliation of shifting police attention to Sunderland. In fact, he retired early and died in 1985 at the age of 61. 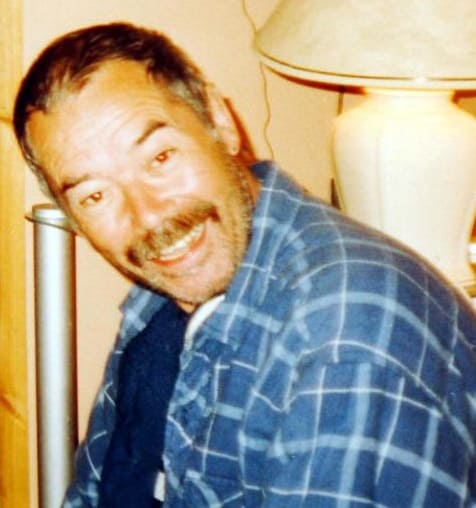 The police obviously wanted to find Wearside Jack for altering the course of their enquiries. However, in September 2003, the police officially abandoned their attempts to do this.

But, while the police were reviewing some ‘cold cases’, they made a breakthrough.

Around the year 2000, police took a sample of John Humble’s DNA after a drunk and disorderly incident. Although nowadays, police use DNA technology intensely to capture criminals almost instantly, it wasn’t those days. But, during a cross-examination of this ‘cold case’ review in 2005, police finally got their man.

Police soon arrested John Humble and a successful prosecution had Humble sentenced to 8 years in prison. Obviously his charges were 4 accounts of perverting the course of justice. However, after serving less than half his sentence, John Humble is now a free man.

The story of Wearside Jack is certainly and interesting one. However, we don’t know for sure whether those three women would not have died had Humble not interfered. Obviously, this is open to debate. However, police interviewed Peter Sutcliffe 9 times but eliminated him from enquiries because he didn’t have a Mackem accent.

To this day we still don’t know why John Humble decided to do what he did. Of course, if anyone does know the answers to these questions, why not make a comment below.

Here we publish a documentary about Wearside Jack. This was broadcast on the BBC in 2006, shortly after John Humble’s conviction.

Although you can comment on this article here at Wearside Online, you can also create a post in the Sunderland Forum too. Our Sunderland Message Boards (SMB) are a collection of forums allowing for greater social interaction. So, pop over and discuss any matter under the sun.

One Response to Wearside Jack