Sunderland AFC is a top level football club based in the North East of England, of course. At the present time, the club’s home is the Stadium of Light. Indeed, the magnificent arena sits on the old Wearmouth Colliery site and looks majestically over the River Wear. Here we see the near 50,000 capacity Stadium of Light which dwarfs everything in the area. 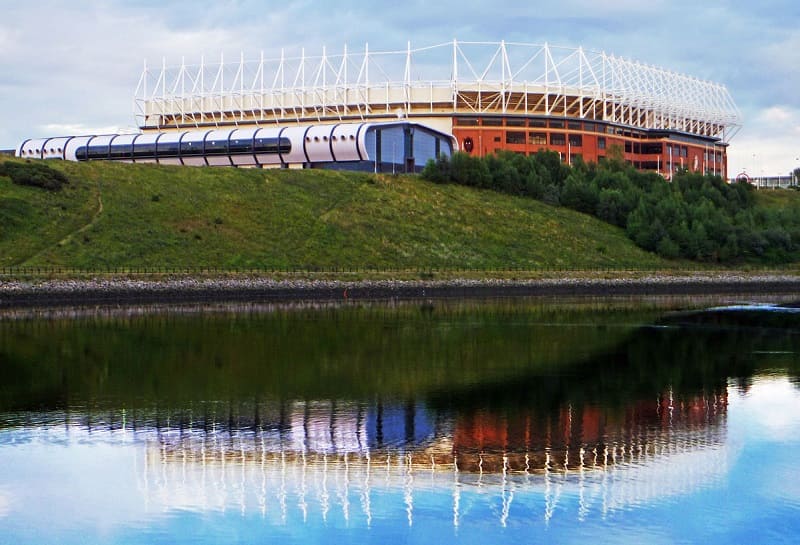 On the 17th of October, 1879, the club we know now had the name, Sunderland and District Teachers A.F.C. It’s not surprising then that the founder was schoolmaster, James Allan. The club joined the Football League in time for the 1890–91 season. Indeed, Sunderland AFC went on to win the league championship the following season, such was their impact. 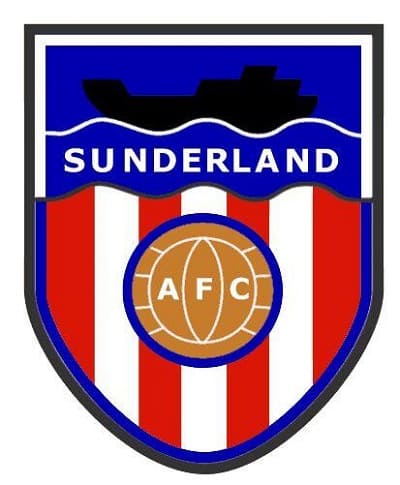 Furthermore, they successfully defended the title in the following season. Moreover, the club was the first to score 100 goals in a season. After winning the English League Championship, Sunderland became ‘Champions of the World’. This is because they played against the champions of the Scottish League, Heart of Midlothian (Hearts). This game, described as the Championship of the World title match, gave Sunderland the coveted title after they won the game 5-3.

Sunderland AFC’s progression was non-stop and again won the league in the 1894-95 season. Then, by the end of the century, they became known as the ‘Team of All Talents’ by William McGregor, the founder of the league. Obviously, Sunderland AFC made its mark on football very early on to ensure the club’s place in the history books.

Sunderland played home games at their Newcastle Road ground in the early years. However, they moved to Roker Park in the 1898-99 season. In the 1901-02 season, Sunderland AFC won the title for the fourth time. Progress was rapid indeed.

Sunderland managed to grab their biggest away win in the history of the club on the 5th of December 1908. Of course, this was the famous 9-1 win away to local rivals Newcastle Utd. Then in 1913, Sunderland won the league again for the fifth time. However, they had to wait until the 1935–36 season to grab their 6th league title.

After the Second World War, Sunderland AFC invested heavily and as a result became known as, the ‘Bank of England club’. By 1950, Sunderland could only finish 3rd in the league which was their highest since 1936.

After such a dramatic impact on the league and spending cash willy-nilly, the club’s fortune was turning. No longer did the club have a grip on the league and by the late 1950’s financial problems kicked in. In 1958, relegation sent Sunderland to the second tier of English football for the first time in their 68-year history. Indeed, that’s where the club stayed for the next 6 years until 1964.

By the end of the swinging sixties, Sunderland suffered relegation yet again. However, Sunderland was to give the supporters something special in 1973 – the FA Cup Trophy. The lads won Leeds Utd 1-0 at Wembley with an Ian Porterfield goal in the 32nd minute with a great volley inside the box.

Although Ian Porterfield scored the winning goal, the game also produced one of the best double saves in football. Indeed, the double save by Jimmy Montgomery was quite remarkable. The reflex and acrobatics of the great goalkeeper is something no Sunderland supporter will ever forget.

We also have a page which includes the documentary, ‘Meanwhile Back In Sunderland’. So, if you need to reminisce a little click here to view it. 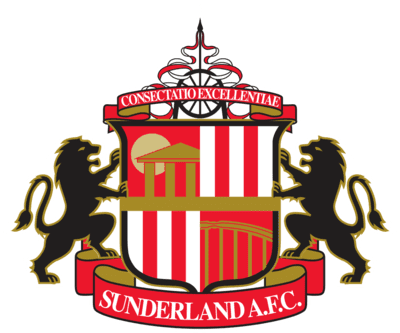 Since 1973, Sunderland AFC bounced around the top two leagues. However in the 1987-88 season, the club fell into the third tier of English Football. But, they did bounce straight back up. In 1992, Sunderland played Liverpool in the FA Cup final but lost 2-0.
The lads also lost 1-0 to Norwich in the Milk Cup final in 1985 as well. So, have had their moments since losing touch with the top teams in England.

After spending 99 years at Roker Park, Sunderland made a bold move to a new all-seater stadium. So, in 1997, Roker Park closed down with the opening of The Stadium of Light. The original 42,000 seater stadium soon expanded to 49,000 with the extension to the North Stand.

Sunderland AFC finished 7th in the top flight in two consecutive seasons under Peter Reid while at the new stadium. Indeed, the good times were back again.

A fine housing estate stands on the site of the old Roker Park now. Indeed, there’s even a novel painted roundabout where the centre spot was. The street names there are; Promotion Close, Clockstand Close, Goalmouth Close, Midfield Drive, Turnstile Mews and Roker Park Close.

Prior to the late 1970’s, Sunderland folk were known as Geordies which was a sort of regional name. Indeed, many folk remember singing songs at Roker Park about themselves being proud to be a Geordie, self included. However, in the late 1970’s and early 1980’s we began to hear ‘Geordies, Mackems, Geordies, Mackems…………’

Nowadays, the Geordie bit is a derogatory term aimed at Newcastle United supporters. Likewise, NUFC supporters use the word Mackem in a derogatory manner back. Luckily, Geordies who support Sunderland understand this, and it’s just water off a duck’s back to them. However, this situation is not ideal. So, perhaps soon, maybe the language will evolve to exclude the Geordie bit and give Newcastle United a more suitable name, who knows!

Indeed, click here for other information such as the current league table, the last result and the next game etc. Obviously if you need the official SAFC website, click here.

Sunderland AFC have a long and glorious history of course, the facts speak for themselves. However, to challenge the top teams again, a massive injection of cash is necessary. But this does not deter someone born with red and white eyes. This is because once Sunderland AFC is in the blood, that’s it. Indeed, for those lucky ones, it will always be ‘Sunderland ’til I die!’

So, from the banks or the River Wear to the shores of Sicily, we gonna fight, fight, fight for Sunderland ’til we win the football league ….. again!

Obviously, we only can give a brief outline here otherwise we would have to write a whole book. However, if you feel that we should include an important fact, let us know. In fact, you can make a comment here or in the SAFC Forum too. Finally, we hope that you have enjoyed your visit here to the Sunderland AFC page at Wearside Online. If so, bookmark our Home Page and call back regularly and post often.

If you would like to take a Black Cats quiz, please visit this page.